Will Selena Gomez Leak Unflattering Photos and Nude Videos of Justin Bieber Out of Spite? 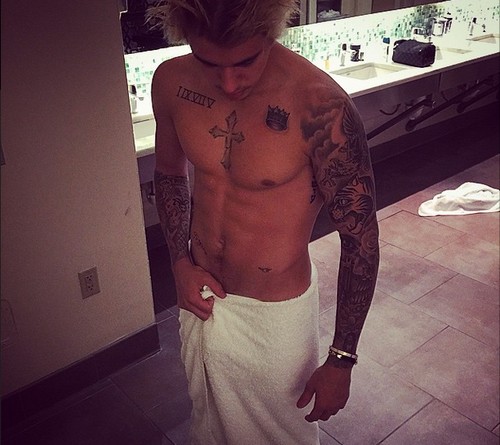 Does Selena Gomez have a Justin Bieber sex tape, and is she not afraid to use it. Anyone with access to the Internet can tell you that Justin Bieber checked out of his relationship with Selena Gomez a year ago – and judging from the string of girls in and out of his life, he wasn’t afraid to hide it. But, for some reason every time Selena called – the Biebs jumped and ran to her side. Now, it all makes perfect sense. Apparently, Selena has some video footage and not-so-flattering pics of Justin, and she has been holding them over his head for the past year.

What is the best way to get revenge on your ex in this day and age? Leak nude pics of him that could completely shatter his image, obviously. Selena Gomez talked a big game, and wasn’t afraid to threaten to leak the pictures and nude videos she has of Justin. But, the love sick singer never actually made good on her threats because she knew that once she did, there was no going back and Justin would never forgive her.

Recently, we have seen a new side of Selena Gomez, and she seems to finally be moving on from Justin Bieber (with Zedd) for once and for all. And, rumor has it that Justin is perfectly okay with it – but he is also shaking in his Jordans. Justin knows that if Selena isn’t head over heels in love with him anymore, she won’t hesitate to leak the videos and pictures that she has of him because she could care less if he ever forgives her.

A friend of the ex lovebirds revealed to CDL, “I wouldn’t say that it is necessarily a sex tape, but Selena does have some late night nude pictures and videos that Justin sent her a few years ago. And, they aren’t exactly flattering, let’s just say his obsessed fans would realize he isn’t the Greek God that they think he is. Selena used to threaten to leak them whenever Justin started putting some distance between them, but she never did because she knew he would never take her back. Now, she could care less if he takes her back – which means she could drop the pics any day.”

Honestly, we don’t even want to know what the pictures and videos are or if it is just Bieber solo… and “unflattering.” Do you think that since Selena Gomez is finally over Justin Bieber she could leak them out of spite? Or will she take the high road? Does Justin have pictures of her that he could retaliate with? Let us know what you think in the comments below!