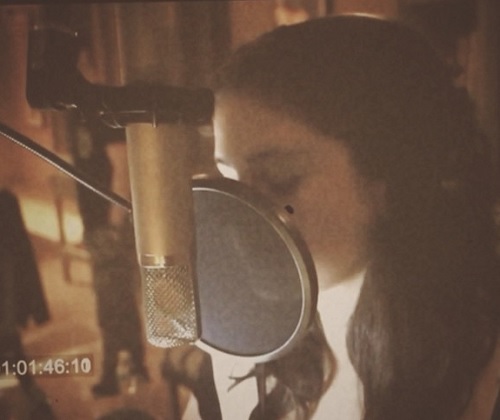 Selena Gomez is reportedly devastated that Justin Bieber is hooking up with Hailey Baldwin again, but that hasn’t stopped her from promoting her new album – which is inspired by her tumultuous three-year relationship with Biebs. Recently, it was revealed on a SnapChat video that Selena and Justin have been hanging out again, but just a week later Justin went on vacation in Miami with his other rumored girlfriend Hailey Baldwin. We can only imagine what Selena has to say about Justin in her new single “Good For You.”

Selena Gomez’s new single “Good For You” is set to drop on June 22, and the singer has been sharing sneak peeks on Instagram for the past few weeks. Ironically, this month, Selena shared a picture of herself in the shower filming a scene for the video. Then, an hour later, Justin Bieber shared a photo of himself on set also taking a shower – instantly fueling rumors that he would be appearing in the video. Seeing as how he is now dating Hailey Baldwin again, it could be a bit awkward if he is starring as Selena’s love interest in the music video when it makes its June 22 debut.

Today, Selena shared a clip of her in the studio recording a voiceover at the beginning of her single “Good For You.” Selena can be seen recording this phrase, “But I’m blinded by the sun, I’m reborn at every moment, someone else will overcome.” Afterward, one of her friends can be overheard praising her in the background and telling her “how beautiful” it is.

At this point, we are just dying to hear this single. If it is truly about Justin Bieber, why on earth would it be called “Good For You?” We can all agree dating Justin Bieber is anything but “Good For You.” And, if Justin does make a cameo in the song or music video, how is Hailey Baldwin going to react now that they are dating again? Let us know what you think in the comments below!

i feel like I can exhale #goodforyou June 22nd