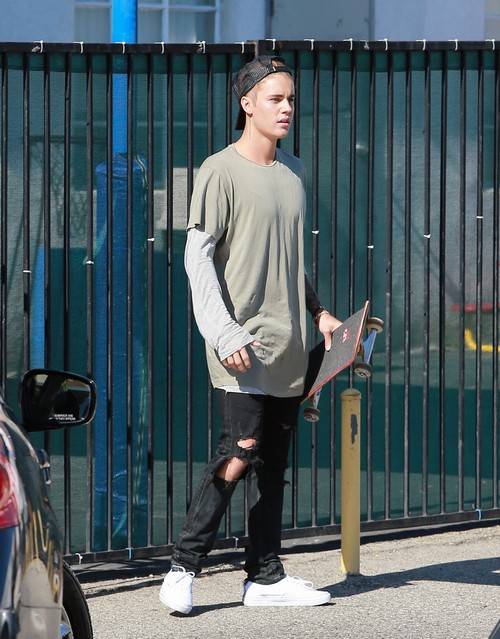 Is Selena Gomez using Justin Bieber again, this time to promote her new album? Or does she actually still want to date Justin? Selena Gomez has been promoting her new album “Revival” all year, and just released her latest single off from it, “Good For You.” On July 22 Selena Gomez took to Instagram to make an official announcement and revealed that her album will be released on October 9 2015. Ironically, the closer that it gets to Selena’s album release date – the more she gives fans a reason to believe that she may still be getting back together with Justin Bieber.

It’s no secret that Justin Bieber wants Selena back – but she refuses to give him any sort of commitment, and is playing the field. Recently Selena was caught canoodling poolside with Biebs and looking very coupley – and then a week later she made her big album announcement. It’s undeniable that Selena’s maybe relationship with Justin is keeping her name in the headlines, and you would have to be a fool to believe that she isn’t enjoying all of the press that she is getting by hanging out with him.

Justin Bieber on the other hand is not enjoying it, and he is starting to catch on to Selena’s games. An insider close to Justin’s circle dished to CDL, “Justin has always felt like he gave Selena a boost in her career here and there, because of all the press they get when they are together. He is starting to feel a little used because Selena has made it very clear she doesn’t want to be with him – but keeps trying to make plans with him in public places. And, it’s not a coincidence that she is promoting her new album.”

Do you think that Selena and Justin are ever getting back together? Is she just playing with his emotions and using him to help her promote her new album? Considering everything that Justin put her through, is it really wrong of her? Selena Gomez has been pimping out her relationship with Justin Bieber for years and anyone who can’t see that just isn’t looking – in fact if not for her Justin Bieber relationship Selena’s career would be nothing – she owes the Biebs big time! Let us know what you think in the comments below!

Justin Bieber shows off his skateboarding skills outside a studio on July 22, 2015 in Santa Monica, California. Justin practiced his heel kicks and allies and magically lost his shirt in the process. FameFlynet