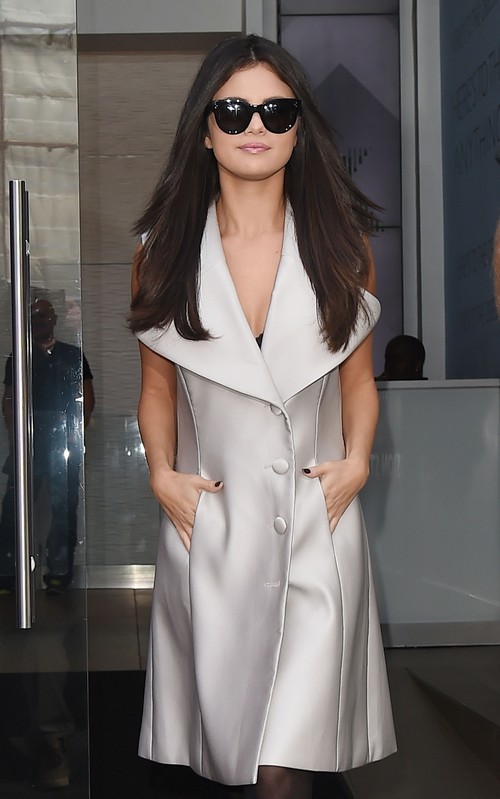 Selena Gomez has found a new party pal in her “Neighbors 2: Sorority Rising” co-star Zac Efron. It was recently confirmed that SelGo would be starring in the movie, a sequel to the wildly popular and hilarious movie “Neighbors” which featured Zac Efron and Seth Rogen. Selena seems to be dating half of Hollywood these days, but Zac Efron has had a serious girlfriend for over two years now, and their relationship is strictly platonic – and nothing but partying.

Both Selena and Zac have done stints in rehab, and have serious weaknesses when it comes to partying a little too much. So, you can imagine their pals’ concerns that they have been bonding at strip clubs and partying the night away together. They’re not exactly the most positive influences for each other. Zac and Selena were recently spotted at a strip club in Atlanta – and they were having a bit too much fun.

An eyewitness at the Cheetah Lounge, where Selena Gomez and Zac Efron partied the night away dished to OK! Magazine, “Zac asked a stripper to give Selena a lap dance. She was laughing and throwing dollar ills all over the place.” Zac and Selena partied in to the wee hours of the morning, and insiders say this isn’t their first time out on the town together – and considering their love for partying, it probably won’t be their last.

Several sources have raised concern over Selena Gomez over the course of the last few weeks, and general consensus is that she could use a trip to rehab to sober up for a few weeks and is in a similar place that she was in before. Selena has also rekindled her friendship with fellow singer Demi Lovato, and she recently began partying as well – after a long bout with sobriety. Do you think that Selena Gomez needs help? Or are her concerned friends and family over reacting? Let us know what you think in the comments below!