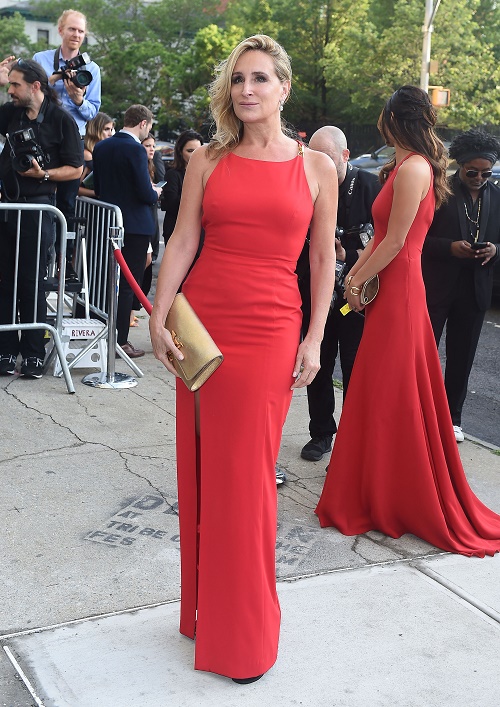 If Sonja Morgan has her way she and RHONY co-star Kristen Taekman will never speak again. That damn toaster oven appears to have set off the next RHONY feud! Face it, Lady Morgan has no storyline except her various “business ventures,” her boy-toys, and fighting with the other housewives. Is she keeping herself relevant by picking a fight with Kristen over a comment made about the toaster oven? It seems so!

Kristen Taekman gave a short interview at the Sonja Morgan International Luxury Lifestyle Brands Fashion Show. At the end of said interview the reporter asked about Sonja’s toaster oven. Kristen made a tongue-in-cheek comment that she wished that the “darn toaster oven” would come out because she cooks in her toaster oven three times a day.

And then they’re off! Or, at least, Sonja is off – off her rocker that is! She ripped the mother of two to pieces, ranting and raving that Kristen didn’t care about her, doesn’t care about her future, her career, her jewelry line, nothing. Keep in mind, not one of the other “Real Housewives of New York City” had actually seen the luxury lifestyle clothing or jewelry at that point.

While the verbal attack reached epic meltdown proportions, cooler heads prevailed – or at least they tried – when Heather Thomson and Dorinda Medley stepped in to find out what the two blondes were screaming about. But no matter what the ladies said, Sonja just wasn’t getting it. She is convinced no one cares about her and that her co-stars just keep ganging up against her. She did not seem to understand the simple concept that the reporter asked about the toaster oven and not the clothing or jewelry line. No amount of explanation from Heather, Dorinda or Kristen was going to appease the bankrupt ex-wife of John Adams Morgan.

When she decides a conversation is over, it’s over, and off ran the self-styled Lady Morgan before anyone else was able to get a word in edgewise. Turning her back to the other ladies she said, “Fine! I don’t need any new friends!”