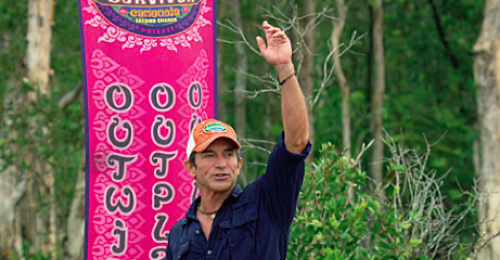 Tonight on CBS their Emmy Award-winning series Survivor Cambodia airs with all new back to back Wednesday December 2, season 31 episode 12 called, “Second Chance,” and we have your weekly recap below! Tonight, another castaway is voted out of the game.

Survivor maroons a group of strangers (as one or more tribes) in an isolated location, where they must provide food, water, fire, and shelter for themselves, while competing in challenges to earn either a reward, or an immunity from expulsion from the game in the next of the successive votes for elimination. While much less common than elimination by vote, medical conditions, such as injury or infection, have eliminated several contestants. The last two or three survivors face a jury composed of the last seven, eight, or nine players voted off. That jury interrogates the final few, and then votes for the winner of the game, the title of Sole Survivor and a million dollar prize.

On the last episode, a relentless storm drowned the castaways’ spirits, but a fun reward challenge offered a few players a glimpse into the Cambodian culture. Also, the “voting block” strategy continued, as two more people were voted out of the game. Did you watch the last episode? If you missed it we have a full and detailed recap, right here for you.

On tonight’s episode as per the CBS synopsis, “a Emotions run deep when loved ones visit the island, and a desperate reward challenge leaves castaways’ heads spinning. Also, exhaustion takes a serious toll on one castaway in the middle of an immunity battle”

Tonight’s season 31 episode 12 looks like they are going to be great and you won’t want to miss them, so be sure to tune in for our live coverage of CBS’s Survivor Cambodia episodes at 8:00 PM EST! While you wait for our recap hit the comments and let us know how excited you are about season 31.

#Survivor starts with Jeremy and Spencer talking about strategy. Spencer is pleased he blindsided Fish and now knows he needs to keep Jeremy aligned with him. Jeremy didn’t want Stephen gone and doesn’t like this.

Kimmi suggests to Wentworth they get rid of Joe if he doesn’t win immunity which would set up an all-girls alliance. Wentworth loves this. Kimmi then takes the plan to Tasha who agrees to go after Joe. Kimmi wants to make a move to win.

It’s time for the #RewardChallenge! Jeff says it’s family visit time and Jeremy’s wife Val is there. He runst to hug her. She’s pregnant and tells him it’s a boy. Tasha’s cousin Christina is there. They are thrilled and giggly to see each other.

Kelley’s dad Dale is there and runs to hug her. Dale says it hurts because he knows what this game does to you. Joe’s dad Pat is there – he couldn’t come last time. They hug tight and kiss on the lips (odd…). They are obvi very close.

Kimmi’s dad is there and she runs screaming to him. Jeff says it’s time for the challenge. They have to dig up bags in the stand, spin around a post to get another bag then cross a balance beam for one more. Then they solve a word puzzle.

The answer is “nourishment” and the prize is BBQ at camp with their loved one. They are off and running digging in the sand. Kimmi and Joe take an early lead. Keith moves into the lead then Kimmi overtakes him again.

Kimmi is at the post spinning around. Keith starts spinning. Joe and Tasha catch up. Keith and Kimmi get their bags. Keith heads to the balance beam but falls off. He tries again. Keith is off and working on untying his bags in the lead.

Wentworth gets it and she runs to hug her dad. They get to pick three to join them. Kelley chooses Keith, Abi and Kimmi. Then Jeff says choose one more and she goes with Joe as well. Spencer, Jeremy and Tasha’s loved ones have to leave.

The survivors head back to camp with the loved ones that got to stay. The BBQ starts with beer, meat and more. Keith says he would have been happy with a 5th cousin but is thrilled that it’s his wife. Joe shows his dad some art he made.

Joe’s dad tells him he’s a great friend to him and he never had a friend like Joe his whole life. He tells him he’s a really good son and his hero. Joe talks about how his dad wasn’t affectionate growing up. Joe says this is so special.

Spencer, Jeremy and Tasha talk strategy and how it felt that they weren’t chosen for the reward. Spencer tells Tasha that the thing with Fish wasn’t about her. He proposes a final three deal and they all agree.

Tasha now knows she has two good options – this deal or the all-girl. Then they talk about taking Joe out next. Tasha says he has a physical and social game so he’s a huge threat. Spencer says there may not be a lot of chances to get Joe out.

Now it’s time for the #ImmunityChallenge. Jeff takes back the necklace from Spencer. They have to balance a statue on a pole and the pole will get gradually higher. Jeff reveals there are two necklaces today – one for a man, one for a woman.

They take positions and it starts. They have to add more to their pole and they are all still in it. They are all 10 feet on the poles. Kimmi is out. Abi’s falls and she’s out. Kelley and Tasha are the only women left. Tasha is out and Kelley gets immunity.

Spencer is out next and Jeremy too. Keith and Joe are left in it. The guys have to put their last section of pole in now. The wind picks up. Joe’s pole is bending but he recovers. Keith’s starts moving then recovers.

It’s now one hour and 20 minutes into the challenge. Joe’s falls and he’s down. Everyone runs over and Jeff calls for medical. It looks like Joe collapsed. Everyone is shocked. The medics try to revive him. His hands are twitching.

The others wonder what’s wrong. They put a BP cuff on him and Joe starts to come around. Jeff asks what it is and the medic says his blood sugar is too low. Joe says his legs went numb. The medic says he used up all his energy stores.

Joe’s hands are shaking and he says he just wanted it so bad and says he loves the game. Jeff says he is playing hard. The medic says you collapse because your body wants more blood to your brain. Jeff says he’s not in danger and can play on.

They work to stand him up. Joe knows he’s vulnerable to get voted out and says there’s no safety in Survivor. Keith wins a necklace and so does Wentworth. Jeff says Survivor is all about pushing yourself farther than you would back home.

Back at camp, the tribe talks and they tell Joe to rest. He says he remembers seeing stars then he was going down. Abi says it was like a crazy soccer match and to see Joe the Amazing lose to a 52 year old man was amazing.

Abi says it’s time for Joe to go home. Wentworth tells Abi they can get rid of Joe tonight. Kelley say Joe pushing himself shows that he has to go. Joe goes to talk to Jeremy. He says Abi is the most dangerous to take to the end.

He says everyone wants to sit next to her because she’s easy money to compete with. Joe says players should go to the end not someone like her. He hopes he made a dent with Jeremy. Jeremy then talks to Spencer and Tasha.

He proposes going after Abi. Tasha tells the guys that the women want to go all-girls alliance but says she will stick with them. That gives Jeremy food for thought. Tasha asks if they’re nervous and they tell her no.

Tasha says she told them so they didn’t hear about it from someone else but now she worries that was a mistake. Spencer and Jeremy talk about the all-girl thing but Spencer is also worried about Joe. They talk about Keith and Joe.

But they also need a fifth. Tasha doesn’t want to vote for Abi and keep Joe. Later, they head to #TribalCouncil. The jury comes in – Kass, Savage, Wigglesworth, Ciera and Fishbach. Jeff asks Joe how he feels and he says not great.

Kimmi says it was an epic battle between Keith and Joe and it was scary for him to go down. Wentworth says it crosses your mind it’s the time to take him out since he stood there until he passed out and can beat them to the end.

Jeremy says the next few votes are crucial. Jeremy says now it moves more to alliances and away from voting blocks. Jeremy says people know who is on the block. Joe and Abi both say they’re on the chopping block.

Joe says Abi is in a spot to make it past vote after vote. Spencer says if you can’t get to the final three, taking Abi wouldn’t matter if she blocks your spot. Abi says they need to get rid of the bad apple. Joe says he hopes the plan moves forward.

He says the big threats down the line will fall. He says if you don’t have four after this, you will be gone. Jeff calls for the vote. We see Wentworth and Abi vote for Joe. Joe votes for Abi. Spencer whispers this is either a winning or losing vote.

Jeff goes to count the votes and calls for an immunity idol. The votes are: Joe, Abi, Tasha, Joe, Joe, Joe. He’s out and headed to the jury. Fish gives them a thumbs up. Joe wishes them luck. Jeff wonders if an alliance did this or if Joe was just a big threat.

Joe says he has no regrets. We see that Keith votes for Tasha and Spencer and Jeremy caved and voted against Joe. Joe also thanks the fans.