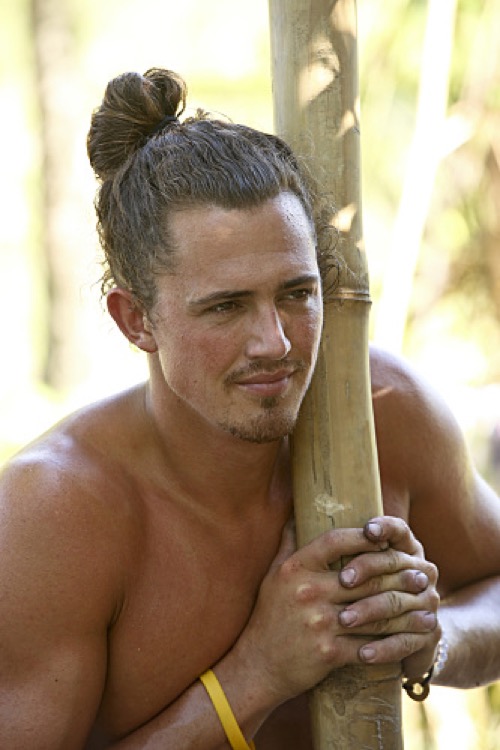 Tonight on CBS their Emmy Award-winning series Survivor Cambodia airs with an all new Wednesday September 30  season 31 episode 2 called, “Survivor MacGyver,” and we have your weekly recap below! Tonight, One Tribe is completely puzzled at a classic immunity challenge.

For those of you who don’t know, soon after Survivor premiered on May 31, 2000, it became a cultural phenomenon, and is now the longest-running reality-competition program. The innovative game that helped shape the reality genre of television has filmed 459 episodes across 17 countries, and has been played by 460 castaways. This is the first time in SURVIVOR’s 15-year history that fans have decided the entire cast.

On the last episode, twenty returning castaways were dropped in the middle of the South China Sea to begin their adventure, on the special 90-minute season premiere. The new season in Cambodia, themed “Second Chance,” features 20 castaways from past editions who were voted for by fans to have another shot at being named “Sole Survivor.” For one tribe, old-school thinking battled new-school strategy when the two distinct groups tried to take control of the game. Also, one contestant found a clue to a hidden immunity idol that required retrieving it in a way that’s never been seen before. Did you watch the last episode? If you missed it we have a full and detailed recap, right here for you.

On tonight’s episode as per the CBS synopsis, “One Tribe is completely puzzled at a classic immunity challenge. Also, one castaway attempts a heartfelt apology in an effort to stave off elimination before an intense tribal council.”

Tonight’s season 31 episode 2 looks like it’s going to be great and you won’t want to miss it, so be sure to tune in for our live coverage of CBS’s Survivor Cambodia episode at 8:00 PM EST! While you wait for our recap hit the comments and let us know how excited you are about season 31.

#Survivor27 starts with 19 survivors left. It’s ay 4 at Ta Keo, Kelly is not happy to have found out she was on the bottom and hopes her alliance will get their crap together. Kelley wants to find some time alone to read her idol – she hasn’t had time to look at it. She looks at it then buries it in the woods so no one knows who has it. Spencer, Shirin and the other two in the alliance talk about who they need to target next.

Jeff wants Spencer and Shirin out even though they’re in his alliance because he thinks they’re playing too hard. He tells Terry they can get Abi out later since she’s low hanging fruit. He tells Terry he wants to target Shirin and Spencer. Terry was upset after Tribal but feels better after his talk with Jeff. Over at Bayon, Joe makes a hammock. He’s trying to make himself seem like less of a threat. He makes several hammocks.

Stephen says Joe is like #SurvivorMacgyver and is always building things. Kass says Joe is good at island life. Stephen says Joe is one you keep until the merge then slit his neck. Abi tells Spencer that she’s not done even though she got four votes at Tribal. Spencer talks to Peih-Gee about building a chimney and Abi acts crazy with her. Spencer thinks Abi is cancer for tribe and alliance. Jeff says she’s like a Brazilian soap opera.

She asks what they’re whispering about. Jeff knows everyone hates Abi and thinks she’s great to take to finals. Next day at Bayon, Kass thinks she has a much better tribe than the last time she played. She also says she didn’t play with enough feelings last time and will try to be a real person. Jeremy walks away after one of the guys tells a story about his wife. Jeremy says his wife is pregnant and he wants to be home seeing it grow.

Jeremy says he knows they will come after him because he’s a physical threat and is worried the pregnancy will make him a bigger threat at the end. Because he walked away, Stephen wonders if he’s looking for idols. Andrew thinks that Jeremy was affected by his story and wanted a moment alone but says Fish can’t see that and is just playing the game. Andrew goes and tattles to Jeremy that Fish told everyone Jeremy was looking for an idol.

Jeremy is annoyed which is what Andrew wanted because he wants Fish out. Shirin and Peih-Gee talk about Abi and Abi overhears and comes to confront them. Abi starts a fight with Peih-Gee who says she heard her talking crap about her and telling people she stole her bracelet. Then Abi starts going off about people voting for her. Peih-Gee tells Abi she can work with anyone – but Peih-Gee was a bit upset to be caught talking about her.

Abi is upset and says people she thought were aligned with her are now laughing with Peih-Gee about her. Abi goes off to cry and says she feels alone. Terry doesn’t think it’s nice that Abi was getting laughed at. He says she’s an emotional train wreck but shouldn’t be treated like that. He goes to talk to her. Abi says she’s open to any alliance like that. Terry says he would have her back if she wants to side with him. Abi says yes since he’s the only one that came to talk to her.

It’s day 6 at Ta Keo and Jeff tells Abi he’s ready to work with her and says her voice is music to her hears. Those two older men have rooked her – she says it’s so nice that they think she’s a joy. He tells her he wants to go after Shirin and Spencer – the people who turned their back on her. She’s pleased and shakes on it with him. Abi says her old alliance will regret turning on her.

It’s time for the #ImmunityChallenge. They have to race across obstacles and complete a puzzle to win. They are also playing for reward – a Survivor tool kit. They will also get materials to build with to make the shelter better. Bayon sits out Ciera since they have one extra. They have a rope to help and Bayon gets over faster. The teams are on the second wall which is taller and steeper. They have to wait on everyone before they move on.

The third is bigger and steeper. People are getting skinned up and taking hard tumbles. Now they have to use the rope to tie them together to pull a crate to get the puzzle pieces. The tribes are neck and neck. The crate is very heavy and the obstacles is up and down. Bayon gets their pieces and two start on the puzzle. Kass and Kimmi are working for Bayon. Kelley and Pieh-Gee are doing on the other team. Spencer subs in for Kimmi. Shirin and Spencer are now on the puzzle.

Both teams are screaming and panicking. Spencer is making progress with Shirin as they swap things around. Joe is moving around as he gets an idea. Spencer and Shirin finish and Jeff says it’s not right. Joe has it done and Jeff says Bayon got it right. That means Ta Keo is back to Tribal tonight. Jeff sends Bayon off with the reward and the immunity idol. Jeff is happy that Spencer and Shirin lost the challenge so it will make it easier for him to send one of them home tonight.

Spencer tells the tribe he’s sorry he didn’t get it and they tell him he’s okay. Spencer is confident though and thinks he has control of the game. Jeff wants to unload Spencer because he says he’s the smartest guy he’s met and says Shirin is equally as smart and very persuasive. Peih-Gee says she will vote with the numbers even though she’d really like Abi to go home. Jeff tells Kelley that Abi is upset with Shirin. Jeff asks Kelley if she’s with them on this.

Kelley doesn’t really like her new alliance but has to go where the numbers are so she’s not a target. Abi and Shirin walk and Shirin is confident she’s not a target but wants to talk to Abi and make sure she’s okay. Shirin tells her sorry about not standing up for her. Abi says she wishes she had and says when she gives her word to an alliance she’s loyal. She says none of them came but Terry did and spent two hours with her.

Abi tells Shirin they left her all alone. Shirin reminds her she voted with her. Abi says they made a fool of her. Abi tells her that the other alliance is targeting Shirin and Spencer. Shirin asks if Abi is with them but Abi says no. Shirin goes to talk to Spencer and tells him what Abi said. Spencer is stunned. Shirin goes to talk to Wu and says the old school group will keep him to the merge then pick him up as soon as he doesn’t win individual immunity.

Wu is annoyed with what she’s telling him. He tells Spencer and Shirin this is the first time they’re coming to him. Shirin doesn’t want to vote for Spencer. Shirin offers to make Wu any deal he wants. He says it boggles his mind that this is the first time she would come to talk to them and says no way. Spencer is upset and says he feels like he has no move to vote other than screwing over Shirin, the one person he wanted to play with. He’s crying.

They head to #TribalCouncil and Jeff asks about the vibe of the tribe. Jeff says the challenge sucked the life out of him. Spencer says there’s some amnesia about how much this game kicks your ass. Shirin says she had a rough time the first time around and she’s seeing that now. She says there was some fighting and people lost trust in her and she thinks she’s on the bottom. Kelley says there was a disagreement between Abi and Peih-Gee.

Abi says Peih-Gee and Shirin were talking about her even though they were in an alliance. She says Terry came to her. Jeff reminds Shirin that was what she said about Mike in her season. Shirin says she should have fixed it with Abi. Terry says he was at the bottom a couple of days ago and says he went to Abi and they made a connection. Spencer says he can be a target for talking strategy and not enough personal. Jeff says they are right to be concerned.

Spencer tells Jeff, Kelly, Kelley, Abi and Wu there will be a change and he will connect with people and form better relationships. Jeff says what Spencer and Shirin are going through now is just like their former seasons. Jeff asks what that says about second chances and the ability to change. Shirin says change is hard and you can’t do it overnight. She says she made some clear mistakes and if she goes home tonight, it’s on her.

Spencer thanks the others and says he meant everything he said. Jeff says if you don’t change, history is destined to repeat itself. Shirin says she didn’t get to seize her second chance and says she was fine until she blew up her own game.