Survivor: Worlds Apart 2015: Who Will Win – Rating the Final 7 Contestants’ Odds of Winning 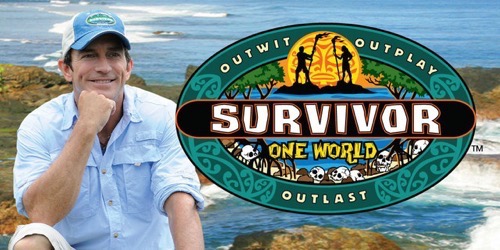 #1 – Tyler Fredrickson – Despite some waves during the tribal council that saw him pick up a couple of desperate votes, Tyler remains the most well positioned Survivor. His laid back attitude and ability to not ruffle feathers has been brilliant thus far and I like his odds of winning best of the seven that is left. His one weakness might end up being his challenge abilities. We shall see.

#2 – Mike Holloway – If these ratings were based on determination alone, Mike would win. His big issue is not knowing when to fade into the background. Mike still is sitting in a good position and could very well win his way to the end. He is much stronger in challenges than the others it seems.

#3 – Sierra Dawn Thomas – Sierra is in a good position right now and it seems like she might be the one that is overlooked going down the stretch. She is playing fairly smart although I question her decision to heavily target Tyler. That might come back to haunt her sooner rather than later.

#4 – Carolyn Rivera – Carolyn is not strong enough to get there alone, but she might have enough people wanting to go to the end beside her to carry her there. For that reason she is ranked above the others.

#5 – Rodney Lavoie – This guy is simply too arrogant and deluded to have any chance. He is so full of himself that he can’t see the game clearly. If he could see that, he would understand that people are going to want him gone the moment that Mike is out. (If Mike is ever gotten out)

#6 – Will Sims – Will is simply not strong enough to win when he has to. That time is coming soon and he won’t be able to pull it off. Others are ranked ahead of him in the alliance, so his days are numbered.

#7 – Dan Foley – Dan is much like Rodney. He can’t see beyond his own nose and he has been given all kinds of chances to turn the game around. His only hope is to align with Mike and someone else (Sierra?) to turn the game upside down. His arrogance will likely prevent him from seeing that is necessary.

What do you think of our Survivor: Worlds Apart evaluation of each of the remaining 7 competitors winning chances?