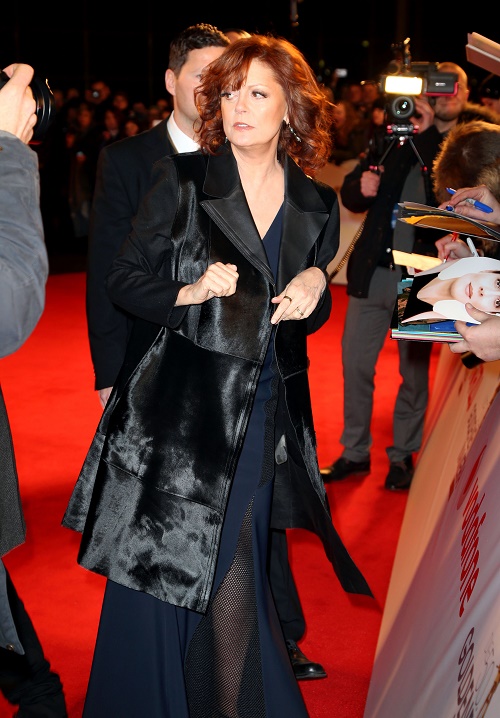 To be fair to Susan, she lasted five years with this guy, which is five years more than anyone thought she would last. However, the reason for the break up is reportedly due to a reality show. Both Susan Sarandon and Jonathan Bricklin made appearances on Morgan Spurlock’s AOL series ‘Connected’, which is said to focus on six New Yorkers and their partners over a six month timeline.

However, Susan reportedly grew annoyed and frustrated by the increasing lack of privacy, and the way the camera was always filming them. A source tells Page Six, “It caused a lot of strain in the relationship. It’s documented for the show that Susan breaks up with him because she doesn’t want to be involved with the show. She says, ‘You’re a cast member, I’m not.’”

Apparently, Susan told Jonathan that this is his project, not hers, and she didn’t want to be associated with it in such an intimate manner. The source also adds that both Jonathan and Susan are ‘working’ on their relationship right now, and it’s possible that they’ll get back together in the near future.

Then again, Susan Sarandon should know better than to date someone who’s clearly using her for her fame, no? But in that vein, if she’s going to date someone twenty to thirty years younger than her age, then she’s going to find famewhores and golddiggers – that’s just the nature of the people surrounding celebrities.

What do you guys think about Susan Sarandon’s break up with Jonathan Bricklin? Let us know your thoughts in the comments below.