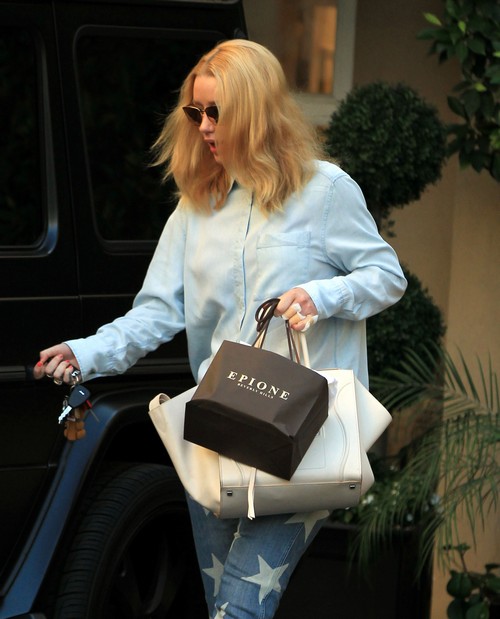 Friendship and business don’t mix, and that became very clear when T.I. confirmed he dropped Iggy Azalea after the ‘Fancy’ singer lost control and continued a feud with Q-Tip. Since Azalea has suffered cancelled tours and a flop single with Britney Spears, T.I. also confirmed Iggy’s career is ruined.

All of T.I.’s confessions came during an interview with Hot 97’s Ebro In The Morning. The Grand Hustle Records founder didn’t hold back when it came to working with Iggy, her rise to fame, or ending his working relationship with her. Could Iggy Azalea be in the middle of her downfall?

It all began last December, according T.I. who launched Iggy’s career. Azalea was not stranger to Twitter feuds, and a war erupted when Q-Tip schooled the young rapper on the “artistic and socio-political movement” that began the hip-hop culture. Iggy took the bait and responded with several Tweets, including, “How you feel about me blending musical genres together doesn’t bother me, no one is making you support or buy pop rap albums.”

Iggy’s response was what Ebro deemed “career missteps” to which T.I. agreed. “I’m not going to make excuses, but in her defense, she had a lot thrown at her at one time,” he confessed. “Any human being anywhere going to have a hard time adjusting. It’s very difficult to be the new kid and to be the butt of the jokes and the direction of all the negativity.”

Despite the fact Iggy didn’t heed the advice, T.I. entered to calm the waters and end the dispute. “After the Q-Tip thing, I kind of smoothed it over. Everything was cool,” he explained, clearly still frustrated. “Then, they came and kind of undid what I had (fixed).” Apparently, the feud was the tipping point on T.I.’s patience on working with Iggy. T.I. went on to say, “The world of Iggy Azalea. She is the nucleus, but there are a lot of other pieces around – including myself – that keep that machine working. And I feel like they have all the tools necessary to evolve beyond those situations.”

Nucleus or not, T.I. ended his working relationship Iggy Azalea. While Iggy and T.I. are still friendly, the producer noted her career “took a bit of rest stop” before continuing to admit they have not “personally” talked in a long time. “I just got tired of cleaning it up,” T.I. admitted.

Has Iggy Azalea’s career ended now that T.I. admitted he is no longer working with her? Are the cancelled concerts and the ‘Pretty Girls’ debacle with Britney Spears signs Iggy’s on her way out? Let us know what you think in the comment section below.