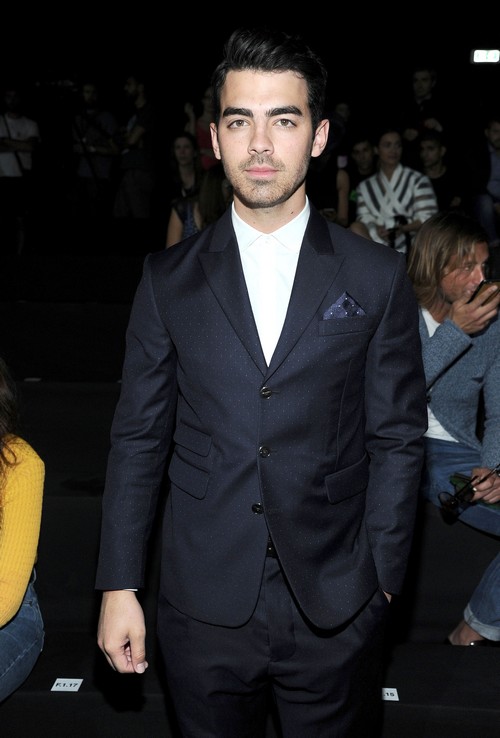 Gigi Hadid won’t be receiving an invitation to Taylor Swift’s next sleepover. Taylor Swift is all about girl power and cat sweaters – that is until you date one of her exes, and then she morphs in to a singing Regina George. Gigi Hadid recently broke up with Cody Simpson (again), and then began dating Taylor’s ex Joe Jonas 48 hours later. And, Taylor Swift is not a happy camper. Girl knows how to hold a grudge!

Taylor Swift’s summer is already pretty booked – what with her feuds with Katy Perry and Kendall Jenner, not to mention her boyfriend Calvin’s ex Rita Ora throwing shade at her new relationship. Taylor is still not on good terms with Kendall Jenner, because she dated her ex Harry Styles… THREE years ago, so it is safe to say that Gigi Hadid is in for a long summer of shade and backhanded comments from Taylor.

Taylor Swift is apparently a firm believer in “Girl Code,” and as far as she is concerned her former pal Gigi Hadid totally violated the code by hooking up with Joe Jones, one of her exes. In Gigi and Kendall’s defense, there aren’t a whole lot of eligible young bachelors in Hollywood that Taylor hasn’t dated at some point – so they are bound to overlap.

So, what exactly does Taylor Swift plan to do to get revenge on Gigi? Well, Taylor is a pro at passive aggressive and catty behavior. She would never actually confront Gigi head on, instead she will most likely do something petty like invite all of Gigi’s friends except for her to some sort of event or party just to let it be known that they feuding. Or maybe she will write another catchy song about her “friends” stabbing her in the back – and make it very clear that it is about Gigi. Then again, Taylor may go a more traditional girl-fight route and just gossip behind Gigi’s back and let everyone know that she is not happy about her dating Joe Jonas.

Do you think that Taylor Swift has a right to be upset with Gigi Hadid? Or is it time that she grew up a little? Let us know what you think in the comments below!

Taylor Swift arrives at Glasgow Airport in Glasgow, Scotland with her mother Andrea in tow on June 23, 2015. FameFlynet

Exes Gigi Hadid and Cody Simpson arriving on a flight at LAX airport in Los Angeles, California on June 22, 2015. The pair were on a flight from Toronto and posted on social media that they had to sit next to each other on the flight. As soon as they landed the exes went their separate ways. FameFlynet