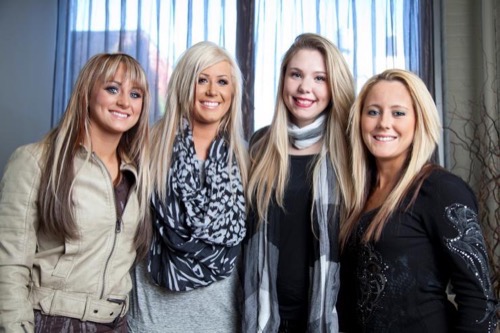 Tonight on MTV their series Teen Mom OG continues with an all new Monday April 6, season 5 episode 3 called “Old Wounds” and we have your weekly recap below. On tonight’s episode, Tyler posts a video of Carly on their fan page, but it doesn’t go over well with Brandon and Teresa

On the last episode, Cate and Tyler planned a party to go public with their baby’s gender; Maci had a hard time believing Bentley was starting kindergarten; Gary asked Amber to help out with Leah’s first day of kindergarten. Did you watch the last episode? If you missed it, we have a full and detailed recap right here for you.

On tonight’s episode as per the MTV synopsis, “Tyler posts a video of Carly on their fan page, but it doesn’t go over well with Brandon and Teresa; Maci and Ryan have communication issues; and Amber is upset when Gary won’t let Leah spend the night.”

It sounds like Teen Mom is going to be an awesome new show. Don’t forget to check CDL for our live recap of Teen Mom premiere at 8PM ET!

After prison, Amber actually did something very wise. She wrote a book about her addiction issues to reach out to others who might be suffering from the same thing. And yet now, because of that book, she has to go out on tour and possibility risk her new composure by talking to a bunch of strangers.

So Amber is nervous and she has a right to feel this way. You see she didn’t a lot of work on herself. Hence she doesn’t want someone pushing the wrong button and getting her to explode in public. She’s been down that road before and so she knows people will use that to say she changed. But her cousin believes in her.

And she reassured Amber that she was going to be just fine.

Yet not everything can be solved with a single conversation. At least such is the case with Maci and Ryan. Because though the two of them share a child, they appear to be at odds over how to raise said child. Meaning, even the little things cane become a big issue.

Like the time Ryan called Maci and asked for their son Bentley to stay over at his house. Now that was a simple request but problems arose when they appear to be confused over what time they had agreed to make a drop off. So when Ryan didn’t show on time – Maci decided to simply take her son back home to their house. And that frustrated Ryan because he did show up at the meeting location (eventually) and he didn’t know Maci had left until he called her asking where their son was.

And speaking of getting upset, Cate and Tyler haven’t seen their biological daughter in a little over a year. Originally the agreement was that they got to see the little girl at least twice a year. So they miss her and with a new baby on the way they can’t help think about the last time they were in this position.

You see they want things to be different with a new baby. Hence they’re actively trying to stay away from comparisons so that their new daughter doesn’t grow up feeling like she’s living in her older sister’s shadow. But the couple haven’t seen Carly and that makes their plan of introducing the little girl to her sister so that they may develop a bond kind of hard to live out.

Especially as Tyler later broke the cardinal rules. He posted recent photos of Carly on his fan page when the adopted parents explicitly asked both him and Cate not to and so now the parents are upset at Tyler. And for that matter Cate is upset at him too.

She doesn’t want to risk their tentative relationship with the adoptive parents over something so juvenile as posting pictures.

She gets to see Carly and her family gets to see Carly. That’s enough for her however Tyler feels like he’s owed more. And so his girlfriend has to keep reminding him that they signed away their rights. Meaning Brandon and Teresa don’t owe them anything.

And as for Amber, she might just have a case with her own daughter because not only has Gary refused to let their child sleep over at her house but he also doesn’t allow Amber to see their daughter on a school day which is Monday to Friday. So she’s tried talking to him. Wanting him to change his mind or bend in some way.

Yet, when that wasn’t working, Amber told Dr. Drew in an interview for her book that she might just demand her rights as a mother in court.

Thankfully, though, Ryan and Maci managed to avoid that by talking through most of their problems. Later they met up for lunch and they seemed to have come to an agreement about how to raise Bentley. Technically this agreement might end up blowing in their faces but the fact they chose to sit down and calmly speak to each other means that they’re trying.