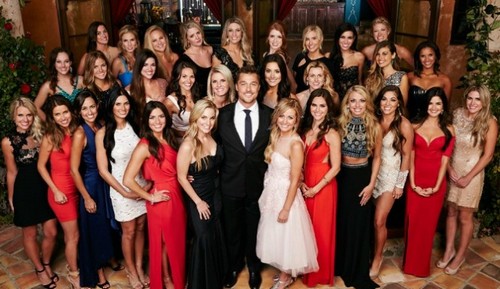 The Bachelor 2015 spoilers address what we can expect from the “Women Tell All” episode airing March 2. The Bachelor Season 19 Episode 9 brought along its fair share of surprises, including Chris Soules’ final two choices. Kaitlyn Bristowe was eliminated in a surprise move, leaving Becca Tilley and Whitney Bischoff. Well, Reality Steve was right in that regard, at least…. Of course Kaitlyn Bristowe was immediately selected as The Bachelorette 2015 so she sure won lots more than either Becca Tilley or Whitney Bischoff stand to gain.

Now, The Bachelor 2015 has focused a lot on Chris Soules’ down-to-earth inclinations, but at the end of the day, he will have to stick to his final choice – this won’t be like the Juan Pablo Galavis season where nobody even cared about the ending because Juan was so useless.

This coming Monday, March 2, The Bachelor Season 19 Episode 10 will be the ‘Women Tell All’ episode, where Whitney Bischoff and Becca Tilley will have the whole episode off and the eliminated women will get to speak their scripted words.

Based on some of the spoilers from the Bachelor: Women Tell All episode, we know that phones were confiscated before and during the actual taping, that Kelsey Poe made many, MANY mean and rude comments that were never shown, and that most girls on the show are ‘scripted’ to play a certain role. Again, tell us something we don’t know.

Now, based on everything that happened in the fantasy suites, we’d assume that Whitney Bischoff was the frontrunner – I mean, that’s what Reality Steve says, and Becca is both a virgin and clearly hesitant to move to Iowa. However, based on Chris Soules’ last conversation with her, he might just be impressed by all those factors instead of turned away by them. Plus, we’ve mentioned that Becca Tilley clearly looks to be the frontrunner now, which makes this the second time that Reality Steve is so blatantly wrong about spoilers. And more than that, The Bachelor loves throwing its audience curve balls and what’s bigger than having Chris Soules pick a virgin girl who nobody thought would get this far?

What do you guys think? Are you excited for The Bachelor Season 19 ‘The Women Tell All’ episode? Come back to CDL for more The Bachelor 2015 spoilers and news. Let us know your thoughts in the comments below.