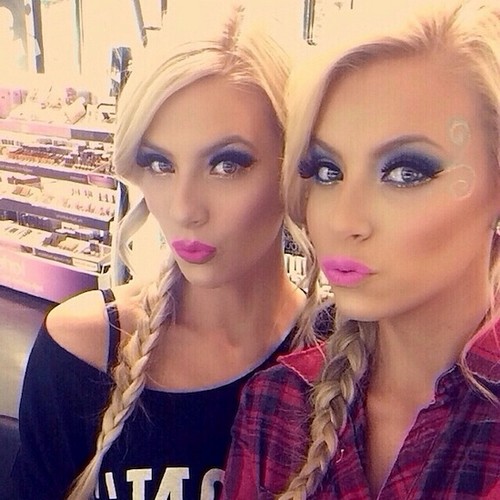 The Bachelor 2016 spoilers tease that Ben Higgins has already met his 25 ladies – and has begun filming the show and narrowing down his search for a wife. According to reports from Bachelor blogger Reality Steve and other spoiler outlets – the producers of the reality TV show actually casted twin sisters to appear on the show and date Ben. And, they are sure to stir up a ton of drama in Season 20.

The Bachelor 201 spoilers indicate that right now Ben Higgins is dating twin sisters: Emily and Haley Ferguson. The 23 year old Ferguson sisters hail from Las Vegas, Nevada where they sling cocktail drinks and basically spend their days practicing to be professional cheerleaders and trying out for reality TV shows.

We can all agree that Emily and Haley most likely aren’t looking for love – just some exposure, fame, and fortune. Besides, they are 23 years old – how many 23 year olds are really serious about settling down and getting married? The Ferguson Twins are nothing more than a careful casting choice and publicity gimmick – but it will be interesting to see how far they make it on the show.

Ben Higgins is a nice guy – will he have what it takes to basically date two sisters? What if he causes a rift between the twins? What if he likes one of the twins and not the other one? Will he have the heart to separate them, and only giving one of them a rose? Let us know what you think in the comments below and don’t forget to check CDL for all of your Bachelor 2016 spoilers and news.

Emily and Haley Ferguson by FameFlynet