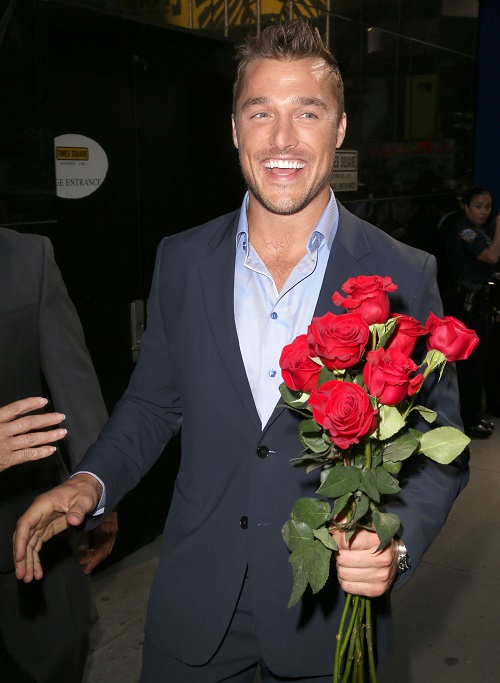 The Bachelor Chris Soules has no intention of settling down and getting married to his 2015 winner Whitney Bischoff, despite the fact she might be pregnant. In addition to that, he has been reportedly cheating on his fiancée with his Dancing With The Stars partner Witney Carson. After Soules filmed The Bachelor finale in November 2014, he never returned to his family farm in Iowa – he got a taste of Hollywood and had no desire to return to his life as a farmer. Apparently, being a farmer wasn’t the only thing that Soules had a change of heart about – he also decided that he didn’t want to settle down and get married and wanted to enjoy the single life that came along with his new celebrity status.

On The Bachelor Whitney Bischoff had baby fever, and couldn’t wait to start having kids with Chris Soules – rumor has it that Whitney Bischoff is pregnant, but she may not be the only one. Whitney gushed about her desires to start a family on The Bachelor, and she apparently was so desperate to have a baby that she didn’t care if she had a wedding too. But insiders close to Chris Soules reveal that The Bachelor producers are scared he is going to get his Dancing With The Stars partner Witney Carson pregnant too – and ruin his faux engagement to the 2015 winner.

The Bachelor is losing its credibility because none of the couples as of late have stayed together and gotten married – they are pressuring Chris Soules and Whitney Bischoff to stay engaged to restore fan’s faith in the show. But insiders close to production say that the producers are concerned that Chris is going to get both women pregnant.

The insider dished to CDL, “Chris Soules is a wild card right now, they really thought that he would be the easiest Bachelor to deal with – but his behavior is throwing everyone for a loop. Chris Harrison is constantly lecturing Soules about birth control, like he is a teenager. Chris Harrison’s worst nightmare is Chris Soules getting another woman pregnant and everyone realizing what a sham his engagement to Whitney Bischoff is.”

Can you imagine if Chris Soules got both Whitney Bischoff and Witney Carson pregnant? Do you believe the rumors that Whitney Bischoff is already pregnant? Is Chris Soules irresponsible enough to get two women pregnant at the same time? Let us know what you think in the comments below and don’t forget to check CDL tomorrow for more Bachelor and Bachelorette spoilers and news.