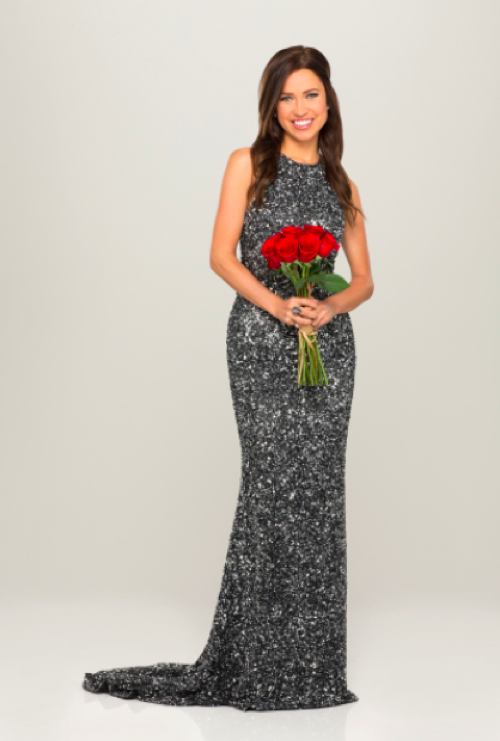 The Bachelorette Kaitlyn Bristowe airs tonight on ABC with an all new Monday June 29, season 11 episode 7 and we have your weekly recap below! On tonight’s episode Kaitlyn and nine bachelors continue their quest to find love in Dublin, Ireland, where one suitor sneaks up to her room for an intense confrontation. Later, iifitlyn takes two guys to the island of Ireland’s Eye for a date; and she tries to make up for past mistakes at the cocktail party. The next day, the seven remaining men travel with Kaitlyn to Killarney, Ireland.

On the last episode, some bachelors were making their last stand at the Alamo, as the drama picked up in San Antonio where it left off – Ian was about to give Kaitlyn a piece of his mind – in one of the most shocking confrontations of this or any season. After a rose ceremony that left nine men in the chase for Kaitlyn’s heart, the remaining bachelors traveled to the lush beauty of Dublin, Ireland. A picture perfect day strolling through the streets of Dublin turned into a passionate night for the Bachelorette and one of the men, but will Kaitlyn’s actions had serious consequences when it came to the other men? A six-man group date tested the bachelors’ ability to say “good-bye” to Kaitlyn – at a fake, traditional Irish wake. The rose winner from the group date and Kaitlyn enjoyed a private concert by the internationally famous Irish rock band The Cranberries. Simultaneously, one of the men had a major meltdown and revealed an explosive secret only he and Kaitlyn shared, leading to a face-off that could derail the Bachelorette’s search for love. Did you watch the last episode? If you missed it, we have a full and detailed recap right here for you.

On tonight’s episode per the ABC synopsis “Shawn is on a mission when he knocks on Kaitlyn’s hotel door. The emotional bachelor wants to know if Kaitlyn is really in love with him. The Bachelorette is still juggling eight other relationships, so what will she tell him? The always dramatic two-on-one date features two diametrically opposed men — Joe and JJ. Shawn continues to have a problem watching Kaitlyn being with other men. How much does he know? The Bachelorette finds she owes some men apologies in order to maintain her connections with them. After a rose ceremony that leaves six men, Kaitlyn lets one lucky bachelor travel with her as they cross the beautiful Irish countryside, culminating with them kissing the Blarney Stone together. However, an unexpected visit by Chris Harrison changes the rest of Kaitlyn’s journey to find love. One ecstatic bachelor receives the first date card in Killarney, but the Bachelorette does something totally unexpected, which is a game-changing move for both of them.”

Tonight’s episode of The Bachelorette kicks off with Shawn Booth arriving at Kaitlyn’s hotel room. She can tell that he is obviously upset, and she’s scared that he knows she had sex with Nick Viall. Shawn demands to know if Kaitlyn is in love with him, she whines that he can’t put her on the spot like that. Kaitlyn finally confesses that she is falling in love with him, but she won’t say that she is in love with him yet. Shawn explains that it is really hard watching her go on dates with other guys and he doesn’t know if he can stay on the show. Kaitlyn tries to comfort him and kisses him – she doesn’t want him to leave the show. After Shawn leaves her hotel room Kaitlyn breaks down in tears, she feels guilty about having sex with Nick because she knows that it will crush Shawn if he finds out.

The next day Kaitlyn Bristowe heads out on a super awkward 2-on-1 date with Joe and JJ. The threesome head out to enjoy a romantic picnic in the Dublin countryside. JJ makes an awkward toast and announces that he is “falling in love” with Kaitlyn. Joe asks Kaitlyn to take a walk with him, and he speaks form the heart. He tells her that he could feel the sparks between them when they kissed in Texas, and he is falling in love with her too. Joe gushes that she is “one in a million,” and leans in for a kiss.

JJ scores some alone time with Kaitlyn afterwards – he makes a shocking confession to her and admits that 3 years ago he cheated on his wife, and then she divorced him. JJ goes on about how it was the first decision of his life, and he wants to be upfront with Kaitlyn and honest about his past. Kaitlyn thanks JJ for being honest with her, but confesses that getting cheated on is her biggest fear in a relationship. JJ is feeling very confident after their chat, he is certain that he is going to score the date rose.

But Kaitlyn shocks JJ and gives the rose to Joe. Then, Kaitlyn sends JJ home and eliminates him so that she can spend some more alone time with Joe. Kaitlyn says her goodbyes to JJ and tells him that she wants him to go home to his daughter and doesn’t want to waste anymore of his time. After his date Joe heads back to the hotel and brags to the other guys that he is falling in love with Kaitlyn. Shawn is disgusted, he doesn’t want to hear it, he stands up and storms out.

Shawn heads back to Kaitlyn’s hotel room after her date with Joe – the producers warn her that he is on the way over. Kaitlyn begins sobbing because she thinks that Shawn is coming to tell her that he is leaving the show. She invites him in to her hotel room to sit down and talk to her about what is going on. Shawn explains that the reason he was so upset last night was because when they hung out off-camera and she told him that he was “the one,” he believed her. Kaitlyn starts crying and Shawn comforts her, she’s relieved when she realizes that he doesn’t know she had sex with Nick.

Kaitlyn heads to the cocktail party where the remaining guys are waiting for – she gives a bizarre speech and says that she “made a lot of mistakes this week,” but her heart is still open. Ben Z. steals Kaitlyn away from the party so that he can make out with her outside, and all of the other guys sit around and try to figure out what “mistake” Kaitlyn was talking about. Shawn has no idea she slept with Nick, he thinks that Kaitlyn’s mistake was coming to see him off camera. Kaitlyn sits down with Ben H. next, he demands to know what she said to Shawn the night the cameras weren’t there. He can tell that she and Shawn had a moment, and he is concerned that he is wasting his time and she has already basically chosen Shawn. Kaitlyn starts crying and tries to reassure Ben that she has feelings for all of them, not just Shawn.

Nick Viall is freaking out, he thinks that he is the “mistake” that Kaitlyn was talking about. Kaitlyn sits down with Nick, she wants to make sure that he doesn’t tell the other guys that they had sex. Kaitlyn reassures Nick that she doesn’t regret having sex with him, and she had a great time with him. But, she wants to make sure that he isn’t telling the other guys. Nick is annoyed, he didn’t tell any of the guys that their date was passionate, romantic, or anything – he didn’t even tell them that he kissed her, let alone slept with her. Nick starts crying and gets emotional, he confesses to Kaitlyn that he is scared to death about being on the show again and he doesn’t want to get his hopes up and get crushed like he did last season with Andi.

It’s finally time for the rose ceremony, and all of the guys are sweating in their boots. Nick Viall and Joe already have roses – so they don’t have to worry about being eliminated. Kaitlyn passes out roses to Ben H, Jared, Chris, and Shawn. Tanner and Ben Z. are official eliminated and leaving The Bachelorette.

The next day Kaitlyn heads to the hotel to meet up with the guys, they are boarding a bus to travel to Kilarney, Ireland. Kaitlyn asks Jared if he wants to ride with her in her car to Kilarney, and he hops in. The other guys obviously aren’t thrilled that they are being excluded from the road trip. They should probably be thankful though because Kaitlyn has a serious problem driving on the opposite side of the road, and hits the curb quite a few times. She and Jared pull over to take a few selfies and then they take a detour to the Blarney Castle and go to see the Blarney stone.

The other guys’ bus arrives at the Randall Court Hotel to check in to their suite. Kaitlyn checks in to her hotel room, and then Chris Harrison pays her a visit. Chris tells her that time is winding down, and it is almost time for hometown dates. Kaitlyn confesses to Chris that she thinks that she made a mistake in Texas and she wishes she didn’t tell Shawn that he was “the one.” And, she is disappointed in herself for having sex with Nick. Chris tells her that she has to send home 3 more guys, and then she will have 3 fantasy suite dates and get “off camera time” and then she will on go on the hometown dates with just the final 2 guys. Kaitlyn thinks it is a great idea because family is really important to her. Afterwards, Chris heads to the guys’ suite and explains to them that they are switching up the order of the dates and only the final 2 guys get to take her to meet their families.

The date card arrives, and Chris scores a 1-on-1 date. He is really nervous at this point because he knows that Kaitlyn is only giving out three roses this week. Kaitlyn meets up with Chris and she takes him to a castle, a helicopter arrives to whisk them away – and give them a tour of the countryside. After their tour Kaitlyn and Chris sit down for a picnic and Kaitlyn admits to him that this week has been really hard for her. Kaitlyn starts crying, she breaks down and tells Chris that she is sending him home because she doesn’t feel a strong enough connection to him. Kaitlyn walks off sobbing, and leaves Chris standing there dumbfounded. He thinks that Kaitlyn is wrong, and she is just scared and doesn’t know what she wants, Chris thinks that Kaitlyn is a mess, but he hopes that she gets the lifetime of happiness that she deserves. After Kaitlyn takes off in the helicopter, Chris sits down in the grass and starts sobbing and talking to himself.