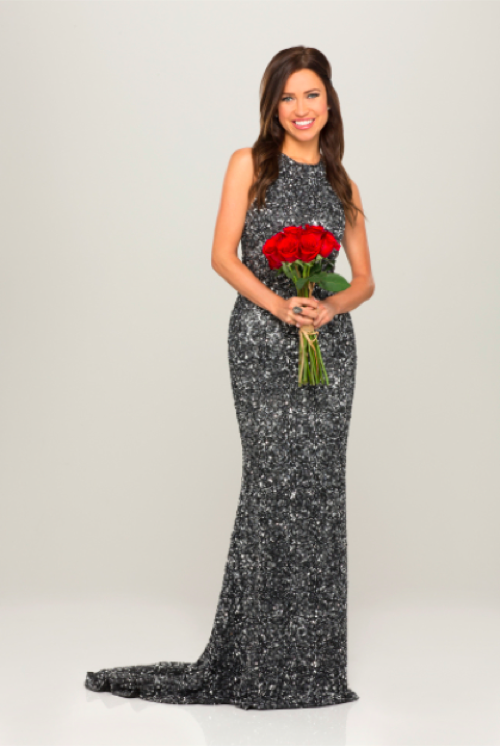 The Bachelorette Kaitlyn Bristowe airs tonight on ABC with an all new July 27 season 11 episode 12 we’ve got your recap down below! On tonight’s episode Kaitlyn introduces her family to both Shawn and Nick. After two final dates, Kaitlyn struggles to choose between the two bachelors as Season 11 concludes.

On the last episode, it’s an exciting, unpredictable reunion viewers won’t want to miss as the most memorable bachelors from this season – including Ben H., Ben Z., Chris “Cupcake,” Clint, Ian, JJ, Jared, Ryan M., Tanner and Tony – returned to confront each other and Kaitlyn one last time on national television to dish the dirt and tell their side of the story. A first look at the second season of ABC’s highly anticipated hot summer series, “Bachelor in Paradise,” featured, along with a preview of the explosive final days of Kaitlyn’s journey to find love. Did you watch the last episode? If you missed it, we have a full and detailed recap right here for you.

On tonight’s episode per the ABC synopsis “after Kaitlyn survived a heart-wrenching rejection by Chris Soules, and then a nerve-wracking night to become the Bachelorette over Britt, she moved forward for a chance at finding love with one of 26 intriguing bachelors. After surviving shocking twists and turns and a journey filled with laughter, tears, love and controversy, Kaitlyn narrowed down the field to two men who despise one another – Nick and Shawn. Her relationship with Shawn has survived several emotional bombshells, but she is still concerned that his jealous nature will sabotage her connection with him. Meanwhile, her relationship with Nick has been undeniably passionate and intense. But what will happen when their physical attraction fades? In this week’s dramatic conclusion, Kaitlyn is absolutely torn between the two men. She loves them and can envision a future with both bachelors, but time is running out.”

Tonight’s season finale of The Bachelorette kicks off with Nick Viall and Shawn Booth in Utah packing their bags; they are both headed to California to meet Kaitlyn Bristowe and her family. Both Shawn and Nick are determined to make a good impression on Kaitlyn’s family right before the final rose ceremony – because her family is very important to her.

Meanwhile, in Malibu, Kaitlyn sits down with her family and fills them in on Shawn and Nick – she confesses to them that she hooked up with Nick so now he and Shawn hate each other. Her parents are shocked that she would let Nick Viall join the show, they obviously were not fans of him when he was on Andi’s season of The Bachelorette. Kaitlyn begs her mom Leslie not to judge Nick based on the previous season.

Nick Viall arrives first – Kaitlyn lets him know that she already filled her family in on their relationship. Nick is not pleased that she told her family that they had sex while they were in Dublin. Kaitlyn takes him inside and introduces him to her mom Leslie, sister Hayley, her Dad, and her stepparents. Nick sits down and Haley begins bombarding him with questions about why he joined the show. Nick explains that they were talking before they joined the show, and he didn’t want her to wind up getting engaged to someone else while she was on the show.

Nick sits down with Kaitlyn’s mom Leslie – Leslie explains that she was not a fan of him on last season and she thought that he was arrogant, possessive, and jealous last season. Nick insists that he came on the show because he has genuine feelings for her, and he thinks that Kaitlyn has been able to forge an emotional and mental connection with him. He vows that he is truly in love with Kaitlyn, and he hopes he can be with her for the rest of his life. Nick is able to charm Kaitlyn’s mom and she gives him her blessing to propose during the final rose ceremony.

Now, it’s time for Shawn Booth to meet Kaitlyn’s parents – when he arrives he is super nervous, and Kaitlyn sits outside and gives him a peptalk before they head inside. Kaitlyn makes the introductions, and Shawn has gifts for everyone in her family. He even bought presents for Haley’s kids that Kaitlyn told him about. Shawn tells her family that when he say Kaitlyn on The Bachelor with Chris Soules – he knew she was the girl for him. They sit down for dinner and Kaitlyn’s parents rave about how much they like Shawn.

Kaitlyn’s mom sits down with Shawn and they discuss Kaitlyn hooking up with Nick – Shawn reassures Leslie that he respects Kaitlyn for telling him the truth, and he thinks that it all made their relationship that much stronger. Shawn begins buttering up Kaitlyn’s dad and asking him for his blessing. Meanwhile, inside Kaitlyn’s sister Haley is telling The Bachelorette that she is “team shawn” and she thinks Kaitlyn should give him the final rose.

Shawn and Nick both get one last date with Kaitlyn before the final rose ceremony. Kaitlyn meets up with Nick first – and they head out on a boat together for the afternoon. Nick is trying not to be too confident, but he thinks that this date is just one of many more to come. They sit down on the boat and discuss meeting Kaitlyn’s family. Nick raves about how much he enjoyed meeting Kaitlyn’s parents and her sister. They chat about what it would be like if they had both of their families together for a big barbecue.

After their date out on the boat, Kaitlyn and Nick get ready for a romantic dinner together – Nick gets nostalgic and talks about how great of a time they had had on the show. He thanks Kaitlyn for giving him a chance to join the show and get to know him. Nick tells Kaitlyn that he has a present for her – but it is in his bedroom.

Kaitlyn thinks that he is just teasing her and trying to get her to come to his room – but he insists that he really got her a present. He surprises Kaitlyn with a photo of them kissing in a frame with a letter that he wrote to her, talking about how in love he is and the energy he feels when he kisses her. They laugh that he actually spelled the word “energy” wrong, but Kaitlyn cries and says that she loves it anyways.

The next day Kaitlyn meets up with Shawn for their last 1-on-1 date, things get awkward quickly and Shawn thinks that Kaitlyn is acting differently towards him because she saw Nick yesterday. Kaitlyn insists that her feelings haven’t changed – she is just nervous about the final rose ceremony. Shawn is afraid that Kaitlyn is starting to have doubts about him, and he is questioning whether or not he will propose to her tomorrow. Kaitlyn tries to relax and have a good date with Shawn – but she can’t stop thinking about the final rose ceremony. Shawn has a gift for Kaitlyn too – he made her a “memory jar” full of all of his memories that they shared together throughout the season.

The next day, Shawn, Nick, and Kaitlyn get up and get dressed and start getting ready for the big day. Neil Lane pays Shawn a visit in his suite so that he can pick out an engagement ring for Kaitlyn Bristowe in case he does get the final rose, and gets a chance to propose to her. Meanwhile, Nick Viall is stressed – last season he never got to a chance to pick out a ring from Neil Lane, because Andi Dorfman knocked on his door and sent him home before Neil even showed up. There is a knock at the door – and Nick is thrilled that it is Neil Lane, not Kaitlyn coming to send him home early. Once they have rings picked out, Shawn and Nick get decked out in their tuxedos and head to the final rose ceremony, which is being held at the Bachelor Mansion.

Kaitlyn arrives at the Bachelor Mansion first, and Chris Harrison greets her and escorts her to the rose ceremony by the pool, she waits impatiently for Shawn and Nick Viall to arrive. Nick Viall arrives at the mansion first, he heads in to the ceremony where Kaitlyn is waiting for him. Nick tells Kaitlyn how beautiful she looks, and how crazy it is that he wound up making it to the end and is standing in front of her during the final rose ceremony. Nick professes his love to Kaitlyn, and he breaks down crying and says that he wants to be with her forever. He starts to get down on one knee and Kaitlyn stops him and tells him “no.” Kaitlyn cries that she is sorry – and says that her hear is with somebody else. Kaitlyn tries to tell him how sorry she is, but Nick cuts her off and tells her that he doesn’t want to hear it. Nick scoffs that if she was really in love with him, then he wouldn’t be getting sent home right now. Kaitlyn cries that she is so confused, and Nick smirks that he hopes she is happy with her decision. Kaitlyn walks him out of the mansion and they say their goodbyes before Nick gets in the limo and leaves.

Shawn Booth’s limo pulls up next, and he heads in to the rose ceremony where Kaitlyn is waiting for him. Shawn professes his love for Kaitlyn, and says that the first time he ever touched her hand he felt something that he had never felt before. He raves that Kaitlyn has exceeded all of his expectations and she is the most incredible woman that he has ever met. Kaitlyn tells Shawn that she loves him with all of her heart and she can’t wait to make a lifetime of memories with him. Shawn gets down on one knee and proposes to Kaitlyn – she accepts his ring and his proposal and cries “yes.”