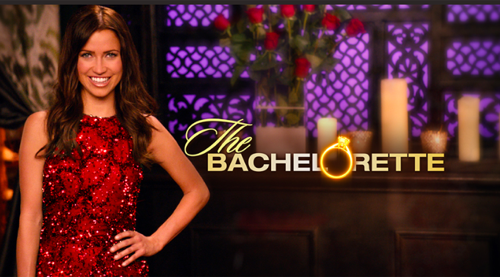 The Bachelorette Kaitlyn Bristowe airs tonight on ABC with an all new July 6 season 11 episode 8  We’ve got your recap down below! On tonight’s episode Kaitlyn continues her journey to find love in Killarney, Ireland. One lucky bachelor gets a one-on-one date with Kaitlyn on Innisfallen Island. Later, she takes three suitors to Killarney National Park where one man confesses that he loves her. Before the rose ceremony, the guys try to get some alone time with Kaitlyn, and she begins to doubt her decisions and her relationships.

On the last episode, Shawn was on a mission when he knocked on Kaitlyn’s hotel door. The emotional bachelor wanted to know if Kaitlyn was really in love with him. The Bachelorette was still juggling eight other relationships, so what did she tell him? The always dramatic two-on-one date featured two diametrically opposed men — Joe and JJ. Shawn continued to have a problem watching Kaitlyn being with other men. How much does he know? The Bachelorette found she owed some men apologies in order to maintain her connections with them. After a rose ceremony that left six men, Kaitlyn let one lucky bachelor travel with her as they cross the beautiful Irish countryside, culminating with them kissing the Blarney Stone together. However, an unexpected visit by Chris Harrison changed the rest of Kaitlyn’s journey to find love. One ecstatic bachelor received the first date card in Killarney, but the Bachelorette did something totally unexpected, which was a game-changing move for both of them. Did you watch the last episode? If you missed it, we have a full and detailed recap right here for you.

On tonight’s episode per say the ABC synopsis “Kaitlyn’s dreams of finding true love may be unraveling after saying a crushing goodbye to one of her favorite bachelors, Chris. Are her past mistakes starting to catch up with her, jeopardizing her relationships with the other men? There also is the impending decision about which men she will take on overnight dates. Ben H. helps to lighten Kaitlyn’s mood as they go on a date to historic Innisfallen Island, however, a group date with Joe, Nick and Shawn to beautiful Killarney National Park leads to unexpected drama and heartache. Just before the most important rose ceremony of the season, Kaitlyn pulls another surprise, but emotions and tensions are running high – she doubts her decisions and relationships for the first time. As the Bachelorette embarks on her first overnight date, her optimism returns – but two of the men face-off in an explosive confrontation that threatens to derail Kaitlyn’s happy ending.”

Tonight’s episode of The Bachelorette kicks off with the final five guys sitting in the hotel room, the first date card arrives. Ben Higgins scores a 1-on-1 date, and the other four guys are obviously feeling a little jealous about it. Ben is nervous because Chris left for a 1-on-1 date the day before – and Kaitlyn eliminated him right there on the spot.

Ben Higgins leaves for his date with Kaitlyn, and he meets up with her at a park in Kilarney. Kaitlyn surprises Ben with a canoe, and they paddle down the river together. While they are out in the canoe, Kaitlyn discusses her decision to send Chris home. She feels guilty that she eliminated him, but she knew that he wasn’t her future husband. They arrive at a private island with old stone buildings, and they decide to play hide and seek together.

Then, they sit down and have a romantic picnic together. Kaitlyn gushes that Ben is definitely “husband material.”
After their date together, Ben and Kaitlyn head to a cabin for more drinks and they cheers together. Ben opens up to Kaitlyn about his fears about being in a serious relationship; his last girlfriend dumped him and now he feels like he isn’t worthy of being loved. Ben is scared that Kaitlyn won’t reciprocate his feelings.

He just doesn’t want to get his heart broken again. Kaitlyn reassures Ben that she is “falling in love with him.” Ben tells her that if he gets a fantasy suite date he doesn’t want to have sex with her, and he wants to use the time to get to know her more. Kaitlyn is kind of surprised and asks Ben if he is a virgin. He laughs that he is not a virgin – he just respects her.

The next day Kaitlyn heads out on an awkward group date with Nick VIall, Shawn Booth, and Joe Bailey. Kaitlyn spends some alone time with Shawn first, and they spend the whole time making out and talking about how much they missed each other. Eventually, Nick Viall shows up and interrupts and steals Kaitlyn away. Kaitlyn tells Nick that she regrets they had sex together, and she is afraid that they might be moving a little too fast. Nick reassures Kaitlyn that it wasn’t a mistake, he reminds her that he liked her before she even became the Bachelorette.

Joe Bailey is up next, Kaitlyn asks him how he feels about getting engaged and if he is really ready for that next step. Joe reassures her that he can’t wait to get married, and that he is in love with her. Kaitlyn is obviously creeped out by Joe’s profession of love. It is clear that she doesn’t feel the same way about him. Kaitlyn tells Joe that she needs to be “brutally honest” with him, and tells him that she doesn’t feel the same way about him. Joe is not happy – and their conversation gets super awkward. Joe storms off and tells Kaitlyn that she is done with him and to stop talking to him.

Kaitlyn sends Nick back to the hotel and says that she has to spend some alone time with Shawn. Shawn is thrilled that Kaitlyn wants to spend more time with him, but then she tells him that she has to be honest with him. She is scared that he will see it later on TV, so Kaitlyn comes clean and tells Shawn that she had sex with Nick Viall on their date. Shawn heads to the bathroom to regain his composure, when he comes back he admits that he is upset but says that he is going to “man up” and accept it because he doesn’t want to lose Kaitlyn – he thinks that she is worth it.

The next night Chris Harrison arrives at the hotel – he tells the remaining four guys that there is not going to be a cocktail party, and Kaitlyn has decided to cancel it and just have a rose ceremony because she has already decided which guy she plans on sending home.

Ben, Shawn, Jared, and Nick line up for the rose ceremony. Kaitlyn Bristowe arrives and gives a brief speech about how painful it is to send someone home. Kaitlyn begins to pass out the roses, she calls Shawn’s name first – before Shawn will accept the rose he tells Kaitlyn that he has to talk to her in private. Shawn explains to Kaitlyn that he was up all night, and he doesn’t know if he can get over the fact that she slept with Nick. Kaitlyn reminds him that she came here to explore other relationships, and she made a mistake telling Shawn that he was “the one.” They head back in to the rose ceremony and Shawn accepts the rose from Kaitlyn. Next, she hands out roses to Nick and Ben. Jared is officially eliminated from The Bachelorette. Kaitlyn walks Jared out to the limo and they say their goodbyes before he heads home.

Now, it’s time for the final three guys’ fantasy suite dates in Ireland. Nick Viall is the first lucky guy to score an overnight date with The Bachelorette, ironically he is the one guy who has already spent the night with her. Kaitlyn and Nick meet up, and they decide to explore the city. They check out the cathedral, and Nick tells her about growing up at church and what he used to say in the confessionals. After their trip to church, they decide to go out for drinks at a local pub.

After their day out, Nick and Kaitlyn head back to the room to talk. Nick tells Kaitlyn that he wants to warn her about Shawn. Apparently Shawn has been bragging to all of the guys about being “eskimo brothers” with a country music singer and apparently they tag-teamed a girl together and both had sex with her one night. Kaitlyn is upset, she doesn’t understand why Nick and Shawn keep telling her bad things about each other. Afterwards, Kaitlyn gives Nick the key to a fantasy suite and he happily accepts. They spend the night together and have a romantic breakfast in the morning, before Nick heads back to his hotel room.

Shawn Booth shows up at Nick’s hotel room after his fantasy suite date and begins cursing him out. Shawn accuses Nick of joining the other show for fame, and he calls him conceited and cocky. He thinks that another guy should be in the final three instead of Nick.