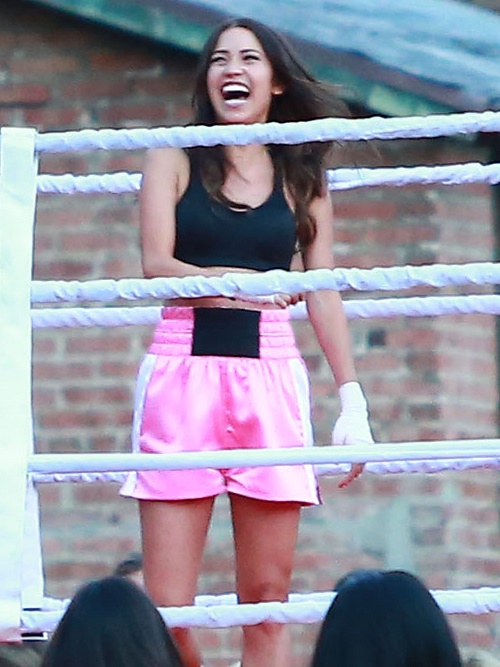 Kaitlyn Bristowe won the coveted Season 11 Bachelorette spot – but spoilers tease that Britt Nilsson has actually found love already on the show, and Kaitlyn’s is striking out left and right. Ironic, right? Bachelor blogger and spoiler king Reality Steve revealed that after Kaitlyn Bristowe was chosen as the 2015 Bachelorette, one contestant – Brady Toops, announced that he was quitting the show because he wanted to date Britt Nilsson. The Bachelor producers decided to send Britt and Brady on a few dates of their own and filmed them – and the couple is rumored to be madly in love, and Britt was spotted recently travelling to Nashville where Brady lives.

Bachelorette 2015 spoilers tease that the actual Bachelorette, Kaitlyn Bristowe, is not fairing as well as Britt did on her quest for love. Reality Steve’s spoilers recently revealed that Kaitlyn’s guys are dropping like flies – and four of them went home before an actual rose ceremony. Every season of The Bachelorette a random guy quits or is eliminated on a date to save himself the embarrassment of going to the rose ceremony. But, to have four guys quit or be eliminated not at a rose ceremony before they are done filming episode 5 is insane!

According to Bachelorette 2015 spoilers, Kaitlyn Bristowe was so desperate to find love and replace some of her dwindling guys that she actually allowed Andi Dorfman’s ex Nick Viall to join the show while they were filming Episode 4 in New York City. Then again, maybe four of Kaitlyn’s guys quit when she let Nick join them because they realized they didn’t want to date a woman who would consider dating Nick Viall.

Bachelorette 2015 spoilers tease that Season 11 will premiere on ABC on Monday May 18th. Are you as excited as we are to watch all of the drama go down? DO you think the guys are beginning to reconsider their decision to choose Kaitlyn Bristowe as the next Bachelorette instead of Britt Nilsson? How do you feel about her letting Nick Viall join the show? Why do you think Kaitlyn’s men are dropping like flies? Let us know what you think in the comments below and don’t forget to check CDL tomorrow for more Bachelorette spoilers and news.