The Bachelorette Spoilers Sex Scandal: Two Kaitlyn Bristowe Guys Fall In Love With Each Other – What Is Nick Viall’s Secret? 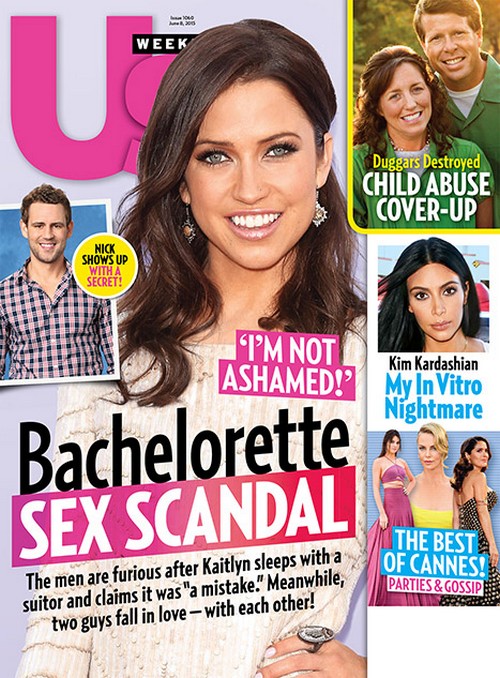 Kaitlyn Bristowe might not find love on The Bachelorette – but two of the guys dating her do, with each other! According to a shocking new cover of US Weekly, two of the guys that are currently dating Kaitlyn Bristowe are apparently not straight – and they wind up falling in love. The June 8 cover of US Weekly features a photo of Kaitlyn, and the headline screams, “Bachelorett Sex Scandal: The men are furious after Kaitlyn sleeps with a suitor and calls it a mistake – meanwhile two guys fall in love with each other.” We have seen many bromances over the course of the years on the ABC reality TV dating show, but we have never seen two of the guys ditching The Bachelorette and hooking up with each other!

This week’s US Weekly cover story goes on to tease that when Andi Dorfman’s ex arrives in Episode 4, he “has a secret.” We’re sure Nick Viall has a ton of secrets – but US Weekly is most likely referring to the bombshell new spoilers report from Bachelor blogger Reality Steve. The spoiler king recently revealed that Kaitlyn and Nick already knew each other and had been in contact before filming started. The producers didn’t arrange for him to pop up and ask to join the show, Kaitlyn actually snuck out while the other guys were sleeping and met up with Nick Viall all on her own.

So, are you as excited as we are for all of the drama to unfold on The Bachelorette? What is Nick Viall’s secret? And, which two guys do you think wind up falling for each other? Let us know what you think in the comments below!