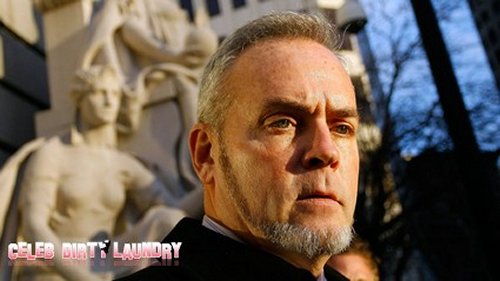 US Weekly reported, “Survivor 1” winner Richard Hatch and “The Voice 2” finalist Erin Willett would do their best to secure another reality TV win and take control of their health.

The new season titled “Temptation” will center on real-life indulgences that mimic situations the contestants would encounter in their daily lives. The temptations not only center around food but shopping addictions and dependence on electronic devices, as well.

Richard Hatch knows a few things about facing off against contestants in a competitive manner while fighting for the grand prize. Richard has played “Survivor” twice and NBC’s “The Celebrity Apprentice.”

Hatch realized that he is not competing against anyone in this reality TV adventure. “This isn’t me competing against any of them. Whoever loses the least amount of weight has done that to themselves. I’m not involved, so my whole experience is focused on being above the goddamn line [for weight loss], and that’s it,” Hatch explained.

Hatch was released from prison in 2009 after serving a 51-month sentence for tax evasion. During his season of “Survivor,” he was known for his lack of clothing. Hatch explains that “The Biggest Loser” fans should expect him to be fully clothed in the NBC weight loss competition either.

“Yes, I’m naked here too, all the time. It’s just not an issue for me. If it’s an issue for someone else, please tell me. I’ve asked them [the other contestants], ‘Does this bother you?’ That kind of thing. And people say no,” Hatch quipped.

Hatch hopes his attitude toward his body will change how other see their body’s He said, “We know we’re fat, for Christ’s sake- it’s not a secret. Many of us, I don’t think are interested in hiding it with makeup and layering clothes over our bodies. I think that’s stupid.”

Hatch now tops the scale at 314 pounds and attributes his weight issues to being abused as a child.

Hatch revealed, “I was raped at 8. Molested at 10. In the showers in sixth grade, a prankster peed on my leg. At some point, I decided I didn’t care about what others thought about my body. I am not an exhibitionist, but I don’t care either. It’s just the way it is. I don’t give a crap how people feel about how I look. Deep down, I know I am fat, and it has to change.”

Hatch explained he joined the show because he is happy being ‘old and fat’ and according to the season 1 Survivor winner, there’s something ‘very wrong about that.’ He wants to know why it doesn’t bother him that his health is starting to be affected by his increasing weight.

Hatch said, “I want to know why so I can see if there is something I can do about wanting something different- something better for myself.” The father of three noted he doesn’t have a particular goal weight in mind – he just wants to be happy with himself.

Richard Hatch, Erin Willett, and 14 additional Biggest Loser contestants will begin the journey to find themselves with the help of trainers Dolvett Quince, Bob Harper, and Jenner Wilderstrom beginning on January 4, 2016.

Don’t forget to come back later for juicer “The Biggest Loser” spoilers, gossip, and updates!