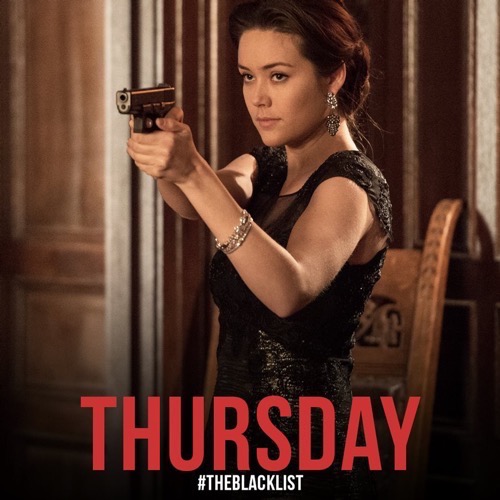 Tonight on NBC their criminal drama, The Blacklist starring James Spader continues with an all new Thursday March 5, season 2 episode 14 called, “T. Earl King VI,” and we have your weekly recap below. On tonight’s episode, Red [James Spader] gets entangled in a dangerous game with a wealthy family whose fortune was illegally amassed.

On the last episode the task force targeted a serial killer who tracked his victims like prey. Meanwhile, suspicions rose about a possible murder as Liz tried to keep her secret from being exposed. Did you watch the last episode? If you missed it, we have a full and detailed recap right here for you.

On tonight’s episode as per the NBC’s synopsis, “Red gets entangled in a dangerous game with a wealthy family whose fortune was illegally amassed. Meanwhile, Tom delves into a new mission.”

Tonight’s episode of The Blacklist kicks off with a flashback to two years ago – somewhere on Jekyll Island. An elderly man rolls out in a wheelchair and demands to know the “tallies” from one of the men – he rattles off stats and dollar amounts. Mr. Cardini failed to wire payments for his loans, he takes a shot of liquor and then plays Russian Roulette. He pulls the trigger on the handgun, and no bullet comes out – so he is safe until next time.

Tom meets with Bud – he pleads with his to get him back in the field. Bud teases that Elizabeth must have gotten to him, he may have one job for Tom but he will have to know how to speak German.

Red barges in to Elizabeth’s motel room and announces that Madeline Pratt has been abducted. Liz doesn’t see why they are supposed to care, because Madeline almost got them killed. Red says that her kidnappers are on the Black List – the King Family. Earl King and his sons Tyler and Francis have dozens of indentured servants, and Madeline has made enemies and they would play a pretty penny for her head. The Kings will be holding a top secret auction and selling off their slaves – and if they crash the auction they will be able to solve dozens of kidnappings.

Elizabeth heads back to the office and briefs her team, she reveals that the Kings won’t just be selling servants at their auction they will also be selling a multi-million dollar stolen painting from the Van Gogh Museum. They pull up photos form Meredith’s kidnapping, and notice one of the men have a tattoo. They run it through their database and realize he is world-renowned kidnapper Sylvio Hiratz. But, the attorney general has red flags on his files. Harold meets with the attorney general and he reveals that Sylvio is a “friend” and he wants Harold to tip him off before they go to pick him up.

Meanwhile, Liz and Ressler get info on Sylvio and they learn that he is staying at a safe-house called The Palace. She calls Red and they rush to the Palace. When they arrive they realize that Meredith has set them up – and she is not being auctioned off at the King’s auction. She just pretended she was to lure Red in so that the King family can auction him off. Liz and Ressler are outnumbered and outgunned, they have no choice but to let the Kings take Red away.
Ressler and Liz rush back to the office and brief everyone on Red’s kidnapping. They get to work on coming up with lists of possible locations for the auction, and buyers they think will attend. Meanwhile, Red is being locked up at the King’s safehouse – one of their hench men begins taking measurements of Red to share at the auction.

At the FBI, they find a woman named Jospehine, they think that she may go to the auction and try to purchase the painting for her boss Alexiy. They bring Josephine in for questioning, she reveals that she has no idea where the auction is – she checked in to the hotel and was waiting for work from the King Family. Elizabeth decides to go under cover as Josephine and check in to the hotel since the Kings have no idea what Josephine looks like. While Liz is rushing out, she receives a phone call from Tom. He tells her that he is getting ready to go out on a job and he wanted to say goodbye. Liz reveals that she is going under cover too – Tom gives her some tips and tells her that if anyone asks her a question that she doesn’t know the answer to, she should just start sneezing.

Elizabeth heads to the hotel and checks in as Josephine, Ressler and Samar sit in the lobby to keep an eye on her. The concierge gives her a key to room 1861. Elizabeth climbs in the elevator and a concierge joins her and demands she hand over her phone, purse, and jewelry. Apparently, she isn’t really checking in to room 1861. He takes her to the parking garage and there is a car there waiting for her. Samar and Ressler rush to the parking garage but Liz is already done. In the car a man hands Liz a glass and orders her to drink, she takes two sips and then passes out. Meanwhile, Tom prepares to go under cover. He shaves his head and heads to a tattoo artist and gets some tats in German.

Elizabeth wakes up in a huge bed in her underwear, King rolls in in his wheelchair. He has a tray of diamond and gold jewelry. He tells her to take whatever she wants to wear to the auction – he wants her to feel beautiful. Liz gets dressed I the clothes provided and heads downstairs, the house is full of men in tuxes and women in ball gowns. King gives a speech and thanks them all for traveling many miles to “join them on this special evening.” He says that they will all be given 30 minutes to check out the lots that they have up for auction. A bell rings and everyone begins bustling around – she finds a teen boy named Vincent Paretti up for sale. Tyler King follows Elizabeth around, and shows her Reddington. She learns that one of the African leaders from the village that burnt down are there to buy Red and take him back hoe to get revenge.

Samar and Ressler are questioning the concierge from the hotel trying to get information on where they could have taken Liz. Meanwhile, Aram reveals that there is a problem. They let the real Josphine call her lawyer when they were booking her – and they could get word to the King Family that she has been obtained and Liz’s cover could be blown.

Meanwhile, the auction begins and Red goes up on the block – the bidding gets up to $18 Million. King gets word that the real Josephine has been obtained, and he orders his men to bring Elizabeth to him ASAP. Liz sees the security guards bustling around and looking for her and she tries to slip away. At the FBI office, Harold sits down with the concierge and tells him that he has a brain tumor and could die any day – so he has no qualms about beating him to get the information.

Liz rushes down to the basement and is able to get the Paretti boy, but all of the other people have keypads on their cages and Liz can’t get Red out. He tells her to take the boy and run – the guards are coming. Liz Runs the boy down the tunnel and tells him to keep going through the door and keep running. He shouts that she can’t go back – but Liz does.

Vince stumbles out of the tunnel and is greeted by police and flashing lights. Meanwhile, back in the basement the African announces that there is a bounty on Red’s head back in Johannesburg – and he plans to cash in on it. He is about to chop off Red’s head so that he can take it back home and Liz arrives and shoots him and rescues Red.

Red and Liz grab the guns and rush upstairs, they find King and his two sons playing Russian Roulette in the study. Red walks in and shoots and kills King in his wheel chair. He snaps that he wants his clothes back from them, and leaves as the FBI storms the house and begins arresting the King’s sons and all of the people who are attending the auction.

Liz and Red climb in the car together to leave, Red snaps at her “don’t ever do that again.” She scoffs that “Red is so damaged, he can’t accept help from anyone.” She adds that she risked her life for him because she cares about him, and when someone does something nice you are supposed to say thank-you.

In Germany, Tom makes his way through a crowded bar – he bumps in to a man twice his size and they get in to a fist fight. Afterwards an od man is impressed with his fighting and introduces himself, Tom says that his name is Kristoff.