The Bold and the Beautiful Spoilers: Is Susan Flannery Returning To B&B – Stephanie Forrester Haunts Maya and Rick? 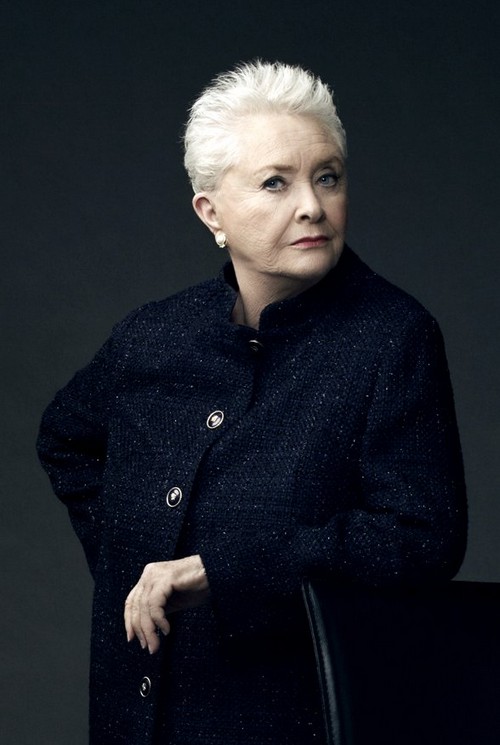 “The Bold and the Beautiful” spoilers are leaking the next spectacular spoilers as the beginning of February sweeps draws near. The news of creaking floors, chains rattling and items flying around the rooms are some of the latest rumors being released from “The Bold and the Beautiful” this week! When Rick and his mistress Maya took over the Forrester mansion recently, one of the first items Rick removed from his father’s home was the stunning portrait hanging over the fireplace of the beloved late family matriarch Stephanie Forrester. He then hung a portrait of his live-in girl friend and homewrecker, Maya Avant, in its place.

The news of Stephanie Forrester’s ghost returning to reside back in the main Forrester house is sure to send chills up and down the spines of Rick and Maya! The duo are certainly in for way more than they ever expected! The spoilers are also teasing that Stephanie’s ghost may not be working solo. In fact, a team of ‘supporters’ are supposedly set to assist in the haunting as they try to sabotage the obnoxious pair. We need to temper our excitement based on the fact that Bradley Bell, the executive producer of “Bold and the Beautiful,” said he wouldn’t be asking Susan Flannery to reprise her role as Stephanie. Still, things change and we’ve seen lots of ‘I’ll never’ become ‘Oh well, I did it!’

When Pam, Stephanie’s sister, first set her eyes to get a first glimpse of the new portrait, she was completely flabbergasted! The thought of her sister being replaced by the ‘likes of a homewrecker’, where enough to send dear Pamela into full blown hysteria! With the constant haunting going on day and night, Rick and Maya will not be able to relax and enjoy the benefits of living in grand style as they first anticipated. The continuous annoying and sometimes crazy happenings, maybe enough to send Rick and Maya packing from the house as fast as they can go.

The B&B news of the new power couple calling it quits after only spending a few nights in the home is already giving heart broken Caroline hope in reconciling with her arrogant husband Rick. Would you like to see the return of Stephanie Forrester even in ghost form? Will this be the end of the road for Rick and Maya’s affair? How will Caroline fit into Rick’s future? This promises to be a super fun and haunted storyline that you’re not going to want to miss. Are you #TeamCaroline or #TeamMaya. Let us know what you think. Keep following your favorite B&B characters and enjoying “The Bold and the Beautiful” spoilers on a daily basis right here!