‘The Bold and the Beautiful’ Spoilers: Does Ivy Get Pregnant, Sort Out Immigration Problems, Trick Liam Into Marrying? 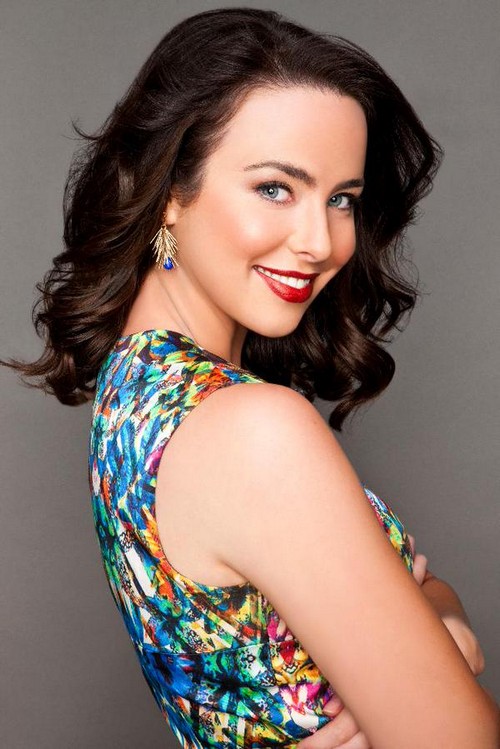 “The Bold and the Beautiful” spoilers reveal that Ivy (Ashleigh Brewer) will get an unpleasant B&B surprise. When Ivy hears that she may be deported due to snags with her work visa, it seems likely that Liam (Scott Clifton) will agree to tie the knot. However, B&B rumors tease that Liam will start having some doubts about going through with this rushed marriage. In the grand scheme of things, Liam hasn’t really known Ivy all that long. Plus, Steffy (Jacqueline MacInnes Wood) has returned to Los Angeles and stirred up old feelings for Liam. Perhaps Liam will feel he needs more time to process those feelings and decide if he truly wants friendship or love from Steffy.

As Liam deals with his doubts, things could take an interesting turn. Some rumors suggest that Ivy might find a way to solve her immigration problems. Naturally, Ivy may not want to divulge that information to Liam. After all, marrying Liam would help her finally end this feud with Steffy. Ivy would have Liam all to herself and there’s nothing Steffy could do about it. Granted, marriage doesn’t seem to mean much to any of these bed-hopping soap characters, but it would still mean victory in Ivy’s mind. Unfortunately, duping Liam into marrying her could prove to be a big issue down the road for Ivy. Liam could easily find out after he says “I do” and just as easily file some annulment papers. The whole ordeal would undoubtedly send him straight back into Steffy’s arms.

Of course, we all know that soaps are nothing without a twist or two. Even if Liam grew angry with Ivy and chose to break things off, there could still be something to keep them connected in the future. A few “Bold and the Beautiful” rumors point to a possible pregnancy for Ivy. B&B viewers know that Steffy tragically lost the baby she was carrying by Liam as a result of a motorcycle accident. It would be a devastating blow for Steffy if she learned that Ivy was pregnant with Liam’s child. If that child caused Liam to go back to Ivy, it would really pour salt in the wound. Could a little Spencer soon be on the way? Anything can happen on “The Bold and the Beautiful.” Stay tuned to the CBS soap to see if Liam will be forced to make some major updates to his life.

So B&B fans, what do you think about the news that Ivy could be deported? Will Liam marry Ivy to keep her in the United States? Will Ivy sort everything out and conveniently neglect to tell Liam? Could Ivy get pregnant and rub it in Steffy’s face? Let us know what you think in the comments below and don’t forget to check CDL tomorrow for the latest “Bold and the Beautiful” spoilers, rumors, updates and news.

Watch The Bold and the Beautiful video promo for June 10, 2015