‘The Bold and the Beautiful’ Spoilers: Linsey Godfrey Hit By Car, Full Recovery Expected After Surgery – Caroline Off Show? 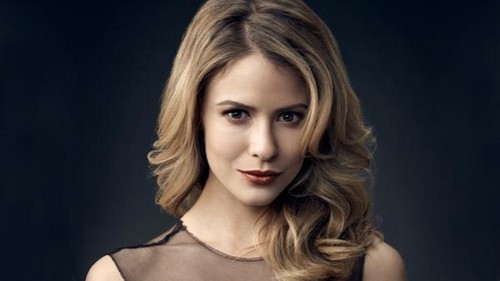 “The Bold and the Beautiful” spoilers reveal that Caroline is part of some big storylines right now and in the future. However, those plans may have just been put on hold. According to TMZ, Linsey Godfrey, who plays the part of Caroline on B&B, was struck by a car and crushed on Monday afternoon, February 2, in Los Angeles, California. She was walking down a sidewalk around 2:30 p.m. when a car veered off the road after being hit by another vehicle. Police say the B&B star was pinned underneath the car for several minutes until a nearby citizen helped free her. Paramedics took “The Bold and the Beautiful” actress to an area hospital where she was rushed into emergency surgery. She reportedly has two broken legs and is now undergoing surgery.

Of course, Linsey Godfrey’s health is the most important issue here. B&B fans all wish her a speedy recovery. However, recent “The Bold and the Beautiful” spoilers indicated that she would be a major player upcoming episodes. With the fast-paced taping schedule of the popular soap, this could leave “The Bold and the Beautiful” writers in a bit of a predicament. Linsey Godfrey and Caroline will obviously be out of commission for a while as she takes time to heal. As she recovers, the writers will likely choose to write her off much like they did for the actor that plays Wyatt (Darin Brooks). Darin recently returned after he took a short leave of absence to film a movie and is set to return on screen soon. His time off was explained in the story by claiming he followed his wife to Europe.

So “B&B” fans, what do you think about this unfortunate accident? Will you miss Caroline while Linsey Godfrey while she’s recovering? What do you think will happen to the drama surrounding her character? How will they explain Caroline’s absence at Forrester Creations? Let us know what you think in the comments below and don’t forget to check back tomorrow for the latest “The Bold and the Beautiful” spoilers and news.

Update: Highlight Hollywood has the story right – Linsey doesn’t have two broken legs, the injuries were to her ankles, and her manager say doctors expect the star to make a full recovery. Her manager added:

Godfrey is currently in one of “B&B’s” hottest storylines, and when asked how long she’ll be out of work. “We are not sure right now. We’ll know more tomorrow, but she will be fine, and she sincerely appreciates the fans and their loving support and prayers, and wants to thank them for their concern. She’s very lucky to get away with such minor injuries in a situation like this.