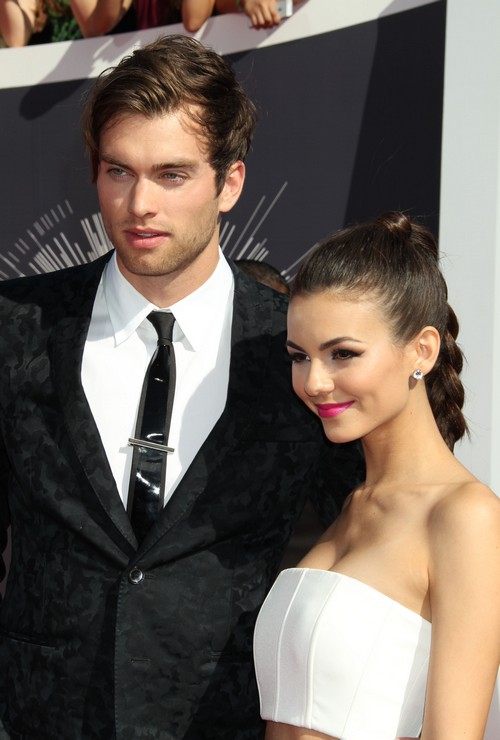 “The Bold and the Beautiful” spoilers reveal that B&B has finally cast its new Thomas Forrester. Soap Opera Digest is reporting that Pierson Fode will make his debut in the role on July 24. Thomas was previously portrayed by Adam Gregory from 2010-2014 and Drew Tyler Bell from 2004-2010. However, it seems “The Bold and the Beautiful” was looking for a fresh face in 2015.

B&B sent out a casting call for “a handsome, tall Caucasian man in his 20s with a great physique” and steely-eyed Pierson certainly fits the bill. The 24-year-old actor is 6 feet 2 inches tall and he’s primed to make soap fans everywhere swoon. Pierson has plenty of acting experience to go with his good looks. You may have seen Pierson featured in the HBO series, “Hello Ladies,” or the 2014 horror film, “Indigenous.” Pierson also finds himself in the celeb news thanks to his famous girlfriend. Not only does Pierson date actress and singer Victoria Justice, he’s starring alongside her in a new movie called “Naomi and Ely’s No Kiss List.”

With all Pierson’s praise and credentials out of the way, we have to think about what this means for B&B. “The Bold and the Beautiful” rumors hint that the writers have a big love story planned for Thomas. We don’t know for sure what the future holds, but it sounds like Thomas could cause quite a stir. Ridge (Thorsten Kaye) and Caroline (Linsey Godfrey) have been humming along nicely, but there may soon be trouble in paradise. Ridge’s charming, young son could easily catch Caroline’s eye. Anything can happen on a soap. Caroline swapped Rick (Jacob Young) for Ridge and she could trade in her Forrester for a new model once again.

Of course, there should be loads of other needy females clamoring for Thomas’ affection. That’s just how B&B rolls. You can expect things to heat up for Thomas in no time at all. Stick with CDL for updates on Thomas Forrester’s potential love interest and upcoming storylines.

So B&B fans, what do you think about the news that Pierson Fode has been cast as Thomas Forrester? Do you feel Pierson will be a good fit for the role? Who should Thomas be paired with? Let us know what you think in the comments below and don’t forget to check CDL tomorrow for the latest “Bold and the Beautiful” spoilers, rumors, updates and news.