‘The Bold and the Beautiful’ Spoilers: Steffy Refuses to Share Liam – Ivy Tearfully Pleads – Wyatt Pushes Steffy to Move On 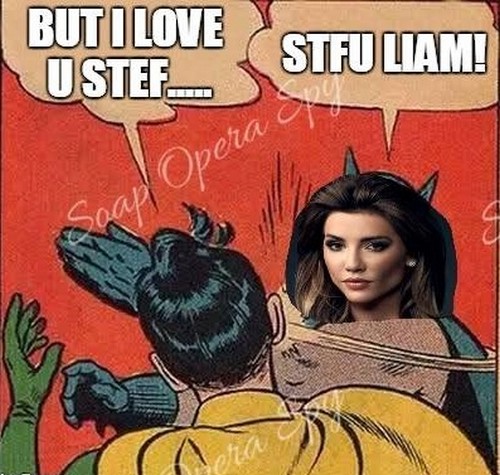 “The Bold and the Beautiful” spoilers for Friday, June 19, tease that Steffy (Jacqueline MacInnes Wood) will declare that she won’t stand by and wait patiently while Liam (Scott Clifton) flip-flops. Liam will have to make a decision one way or the other. After Steffy flew into a rage and finally expressed her true feelings, Liam suddenly realized that Steffy was the only one for him. Now we’ll have to see if Liam has the guts to prove it.

Steffy will make it clear that she’s not sharing Liam with Ivy (Ashleigh Brewer). Liam will likely ask her for some time to sort everything out, but Steffy will feel she’s waited long enough. As a result, Liam will have a chat with Ivy about what they should do next. “The Bold and the Beautiful” spoilers reveal that Liam will be honest with Ivy about his second thoughts. Ivy will tearfully reply that she doesn’t get scared off or intimidated just because something isn’t handed to her immediately. Steffy may not be willing to share Liam, but it sure sounds like Ivy doesn’t mind. After all, Ivy’s whole life in the United States is riding on Liam’s choice. It makes sense that Ivy would be willing to give Liam a little wiggle room if he’d agree to keep her in the country. 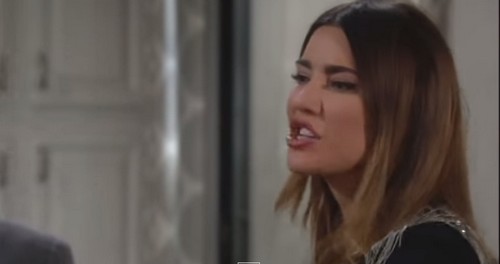 Nevertheless, Steffy is a different woman than she was before she left for Paris. This is a stronger, bolder Steffy who won’t put up with Liam’s indecisiveness. “The Bold and the Beautiful” spoilers indicate that Steffy will seriously consider moving on. Wyatt (Darin Brooks) will tell Steffy that if she continues down this path with Liam, she’ll be miserable. B&B rumors hint that a summer fling could be in the works. If Liam waffles once again, Steffy may use Wyatt to make Liam see what he’s missing.

Wyatt and Liam already fought a lengthy war over Hope (Kim Matula) and another battle could be brewing. Liam is fond of Ivy, but will that be enough to keep him from turning his back on her? It’s tough to say, but seeing Steffy with Wyatt may have Liam rethinking things. Ivy could find herself on the next flight back to Australia if she can’t win Liam over. Stay tuned to the CBS soap to see if Liam will make some updates to his current situation.

So B&B fans, what do you think about the news that Steffy will declare she’s done sharing Liam? Will Liam really back out of his marriage to Ivy? Can Wyatt convince Steffy that she’ll be miserable if she continues to wait for Liam? Let us know what you think in the comments below and don’t forget to check CDL tomorrow for the latest “Bold and the Beautiful” spoilers, rumors, updates and news.