‘The Bold and the Beautiful’ Spoilers: Schae Harrison Back as Darla Doppelganger – Thorne and Taylor Return to Unstable Aly? 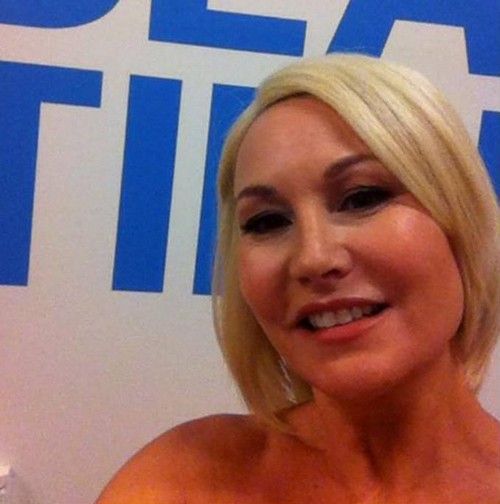 “The Bold and the Beautiful” spoilers hint that trouble could be brewing. Now that Ridge [Thorsten Kaye] has taken his rightful place as CEO of Forrester Creations, the battle is over and all seems right in Ridge’s world—for about an L.A. minute. Thorne [Winsor Harmon] will soon return from Paris and the rumors say he may be back for a quite a while. Will Thorne congratulate his brother on his new job or make it clear that the position is rightfully his? After all, Thorne is Eric [John McCook] and Stephanie’s [Susan Flannery] first biological son. The top spot should’ve gone to Thorne before spoiled Ricky [Jacob Young] took the reins.

With Thorne coming back, we know there’s some kind of hope on the horizon. We’ll have at least one storyline that doesn’t involve love triangles or Maya [Karla Mosley] and Rick. Perhaps Thorne will have his hands full with his daughter, Alexandria “Aly” [Ashlyn Pearce] Forrester. Thorne is the more mild-mannered Forrester and he usually brings order to any family crisis. It’s great timing considering Aly has been showing signs that the “cray cray” is coming back. Aly seems to be reverting back to instability.

B&B viewers will remember Aly came out of her frumpy shell when she had her epiphany about Taylor. Aly forgave Taylor [Hunter Tylo] for killing her mother in a hit-and-run drunken accident but not until after she pulled an ax on her at the Forrester offices. Oliver [Zack Conroy] helped Aly through that difficult time and they began dating. Aly became aware of her beautiful self as she started letting her hair down and dressing like a lady instead of a child. Aly also ditched the “Sybil” side of her personality.

When Aly dressed like a plain Jane, it seemed like she was acting out some kind of subconscious disturbance. Aly always did her crazy stuff when she wore little braids in the front of her hair and her Mary Jane shoes with her plaid dresses. Lately, Aly has decided to become confrontational with Steffy [Jacqueline MacInnes Wood]. It appears Aly’s made Ivy [Ashleigh brewer] her new obsession, much like she did with Hope Logan [Kim Matula]. When Aly gets upset about something, her sense of fashion dramatically changes for the worst. As her choices get bolder, her personality reflects that. Bolder, demanding Aly has surfaced these past few weeks, but that Aly certainly wasn’t there when Rick was making her massage Maya’s feet. At that time, Aly was very submissive and gave off a more of younger, naïve vibe in her personality yet she dressed like a confident woman.

Now that we’re starting to see Aly’s off-kilter side emerging, it seems Thorne is coming back at the perfect time. Thorne may be able to help his mentally unstable daughter as well as deal with any other Forrester drama that comes along by then. With Thorne coming home to Los Angeles, you can rest assured that others won’t be far behind. When we last saw Thorne, he had started a new relationship with Dr. Taylor Hayes, who is also Steffy Forrester’s mom. Since Steffy is already back in town, it seems likely that Taylor will soon follow. It would definitely make for a great reunion. 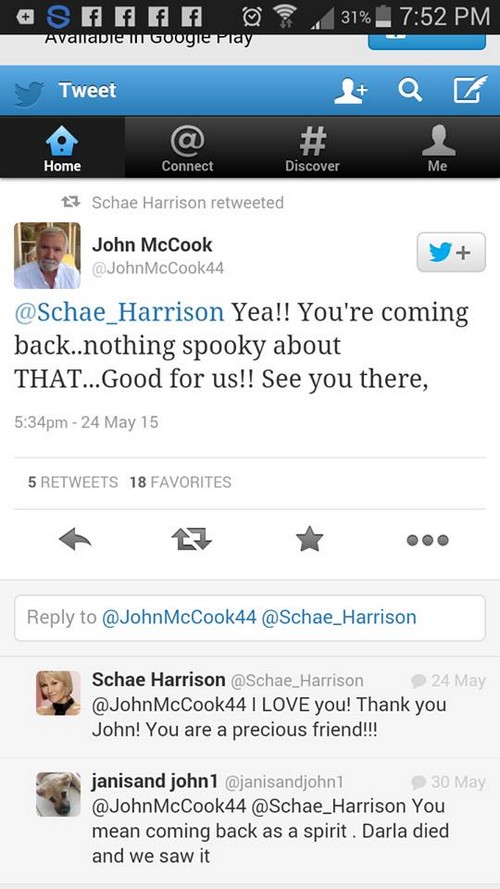 In other B&B news, Schae Harrison is set to grace us with her lovely presence in the next couple of weeks! This talented actress played Darla Forrester until 2006 and she’s continued to pop up as a ghost from time to time to offer guidance to Aly. However, maybe “The Bold and the Beautiful” writers will try something new this time around. Perhaps the fan favorite will blow into town as a doppelganger of the dingy Darla Einstein-Forrester.

Schae Harrison did tweet that she has an “#awesome” storyline in the works. A floating head talking to her daughter is not as awesome as being a lookalike to such a great character as Darla?! It would certainly shake things up on the CBS soap. Stick with “The Bold and the Beautiful” to see what updates are coming for the Forrester family.

So B&B fans, do you think Thorne will be happy about the new CEO or will there be more sibling rivalry amongst the Forrester fold? What about the idea that Schae Harrison could come back as a lookalike for Darla? Would you want this doppelganger to be good or evil? Could Thorne be attracted to Darla’s lookalike or could Aly lose her last marble when she sees someone who looks just like her mother? Let us know what you think in the comments below and don’t forget to check CDL tomorrow for the latest “Bold and the Beautiful” spoilers, rumors, updates and news. 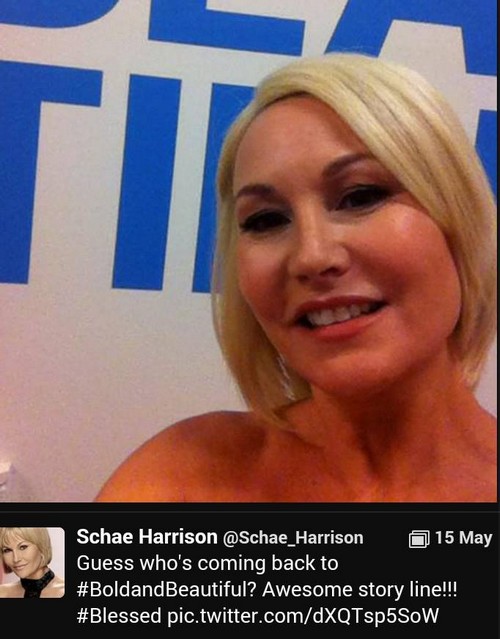