‘The Bold and the Beautiful’ Spoilers: Does Aly Attempt to Kill Steffy to Avenge Darla’s Death? 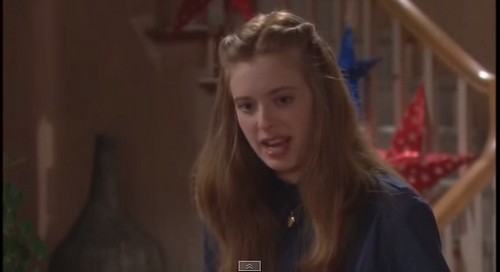 “The Bold and the Beautiful” spoilers tease that Aly’s (Ashlyn Pearce) desire for revenge will grow stronger. There was already plenty of bad blood between Aly and Steffy (Jacqueline MacInnes Wood). Now that Steffy is trying to steal Liam (Scott Clifton) away from Ivy (Ashleigh Brewer), Aly has had enough. Liam’s relationship is really none of Aly’s business, but it’s clear that Aly isn’t in her right mind. In fact, Aly’s latest obsession could prove quite dangerous for Steffy.

Aly will likely be willing to do whatever it takes to make Steffy feel her wrath. It appears that things are about to get pretty twisted. Aly has convinced herself that her late mother, Darla (Schae Harrison), wants her to get rid of Steffy. B&B rumors hint that Aly may kidnap Steffy as part of a sinister plan to make her suffer. If Liam came to Steffy’s rescue, it would probably seal the deal on their future together. On the other hand, a rescue effort from Wyatt (Darin Brooks) might make Steffy see him as a contender for her love. Decisions, decisions…

Another theory has gained some traction on social media. Many “Bold and the Beautiful” viewers expect Aly to take a cue from Taylor (Hunter Tylo) and try to hit Steffy with a car. Soaps just love to repeat history and it’s possible that Aly wants Steffy to feel the same pain her mother felt. We’ve been hearing about a tragic accident that could be coming up on B&B. However, most rumors point to Aly as the victim. It sounds like Aly’s scheme could take an unexpected turn.

Perhaps Steffy will jump out of the way and send Aly crashing into a tree or another car. If Aly is seriously injured, Thorne (Winsor Harmon) will undoubtedly come rushing back to be by his daughter’s side. Even if Aly gets by unscathed, she’s going to need an intervention at some point. Thorne might have to seek professional help for Aly before she brings harm to herself or others. We can only hope that it won’t be too late. Stick with “The Bold and the Beautiful” to see if Aly’s family will finally step in and give Aly the support she needs.

So B&B fans, what do you think about the news that Aly may attempt to get rid of Steffy? Will Aly hold Steffy hostage or will she be out for blood? Could Aly try to mow down Steffy in a vehicle? Will a near-death experience force Aly to make some major updates to her life? Let us know what you think in the comments below and don’t forget to check CDL tomorrow for the latest “Bold and the Beautiful” spoilers, rumors, updates and news.