The Bold and the Beautiful (B&B) Spoilers: Is Nicole Pregnant With Rick’s Baby or Zende’s?

BY Stormy Elizabeth on November 29, 2015 | Comments: one comment
Related : Soap Opera, Spoiler, Television, The Bold and the Beautiful 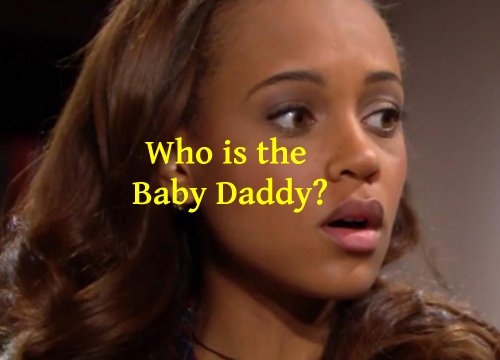 “The Bold and the Beautiful” (B&B) spoilers have us questioning the paternity of Nicole Avant’s (Reign Edwards) baby. Is Nicole is really pregnant with Rick Forrester’s (Jacob Young) baby or is she carrying the baby of Zende Forrester Dominguez (Rome Flynn)?

It seemed might presumptuous of Maya Avant (Karla Mosley) to ask her younger sister to act as a surrogate, but even more intrusive to ask her to “donate” an egg. However, in strictest terms, there was no donation process. And that’s the important part.

With a true surrogate situation, the egg does not usually come from the surrogate. Either the biological mom’s egg is used or another egg is acquired from a donor. Then the egg is fertilized with the father’s sperm and the embryo is implanted in the surrogate.

But when Dr. March (Kate Orsini) discussed the process with Maya, Rick and Nicole, she said it was an IUI procedure. That means intrauterine insemination. This is when sperm is introduced using a device into the uterus of a woman to fertilize her own egg.

The medical jargon is important because that means that Nicole could be pregnant with Zende’s child if they made love around the time of her IUI procedure. But also consider this wild prospect – Nicole could be carrying two babies – one fathered by each man.

Here’s why. With IUI, sometimes the OB/GYN may give FSH (follicle stimulating hormone) fertility drugs to the woman to increase the number of eggs she releases that cycle to increase the chance of a pregnancy occurring. This science bit makes things fun.

Dr March mentioned they might use fertility medication. If they did (and just didn’t discuss it further) or if Nicole released two eggs that cycle, she could be carrying two babies, one fertilized by Rick’s sperm and one by Zende’s.

This would be the most outrageous option. The bottom line is, if Zende and Nicole consummated their relationship before or immediately after the IUI procedure, there could be a big baby mess brewing for all parties concerned.

So what do you think? Is Nicole pregnant with Rick’s baby, Zende’s baby – or twins fathered by both men? Vote in the poll and share your comments below.

Be sure to check back with CDL often for more “Bold and the Beautiful” spoilers, news and gossip!