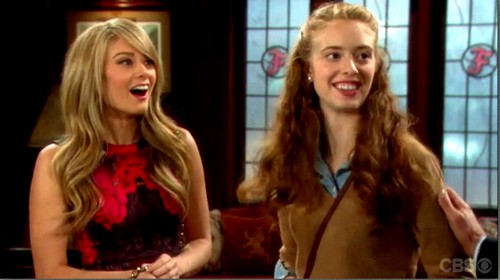 “The Bold and the Beautiful” spoilers tease that Aly’s (Ashlyn Pearce) friends and family members are in for some heartbreak. It’ll be tough for everyone to accept that Aly is truly gone, but they must find a way to move on. As they try to make peace with Aly’s passing and honor her memory, they’ll likely have some sort of funeral or memorial service. Naturally, some former B&B characters could drop by to pay their respects. In fact, the rumors hint that Hope Logan (Kim Matula) could be making an appearance.

A tweet from the official Twitter account of “The Bold and the Beautiful” has many viewers wondering if Hope might pop in and offer her condolences. On July 15, B&B sent out a pic and tweeted, “What do you think of Hope’s photo shoot?” Since Matula left the show in 2014, it seems odd that she’d take part in a promotional photo shoot unless it meant she’d actually be reprising her role. In light of the CBS soap’s recent events, having Hope visit Los Angeles for Aly’s funeral would be a logical move. 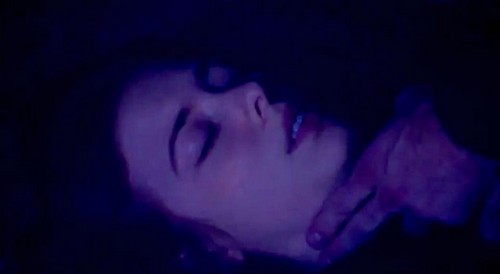 Aly always looked up to Hope and it’d be a shame if she didn’t come home to acknowledge the family’s loss. Deep down, Aly was good person. It’s clear that Aly wasn’t in her right mind over the past few weeks. When it comes down to it, everyone was too wrapped up in his or her own life to see that Aly needed help. Hope could’ve at least checked on Aly via Skype from time to time. Now Hope will never have the chance.

Still, Hope could take this opportunity to show Aly’s family that she cared about her. Hope appears to be a highly divisive character in the soap world. Love her or hate her, it would create some interesting scenes if Hope came back in the picture briefly. Admit it. You’d like to see how Liam (Scott Clifton) would react with his three loves in one room. Steffy (Jacqueline MacInnes Wood) and Ivy (Ashleigh Brewer) would probably get kicked to the curb for a few hours. Of course, Hope’s arrival could be pretty tough on Wyatt (Darin Brooks) as well. Will Hope return to say goodbye to Aly and ruffle a few feathers in the process? Stick with “The Bold and the Beautiful” for updates on Hope’s possible homecoming.

So B&B fans, what do you think about the news that we could see some familiar faces dropping by soon? Will Hope make an appearance on the show? Would you be happy if Kim Matula came back for at least an episode or two? Let us know what you think in the comments below and don’t forget to check CDL tomorrow for the latest “Bold and the Beautiful” spoilers, rumors, updates and news.