‘The Bold and the Beautiful’ (B&B) Spoilers: Steffy Sets Fire To Future by Firing Ivy – Wyatt Recruits Bill for Revenge 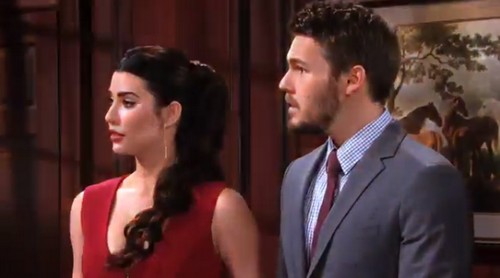 “The Bold and the Beautiful” spoilers reveal that Wyatt (Darin Brooks) will soon be on a mission for vengeance. Steffy (Jacqueline MacInnes Wood) showed her true colors when she stripped Ivy (Ashleigh Brewer) of her new position as the face of Forrester Creations. After Ivy tried to protest, Steffy decided to take her job as jewelry designer as well. Now that Ivy’s been fired, she’ll have to rely on Wyatt to fight back. However, Wyatt doesn’t exactly have a lot of power. It’s going to take someone just as ruthless as Steffy to beat her at her own game.

B&B spoilers say Wyatt will approach Bill (Don Diamont) and explain Steffy’s appalling actions. Bill and Katie (Heather Tom) will be stunned to learn that Ivy was canned for apparently no reason. After all, they don’t know about the video that Ivy supposedly deleted. It appears Steffy stole Ivy’s boyfriend, dangled a modeling gig in front of her and finally yanked her entire career away. It’s going to be tough for Steffy to explain her reasoning without implicating herself in Aly’s (Ashlyn Pearce) death. Steffy will probably offer some lame excuse, but Bill knows bull when he hears it. 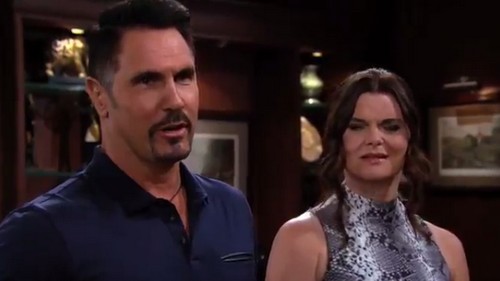 “The Bold and the Beautiful” spoilers tease that a battle is brewing between the Spencers and the Forresters. Steffy will have a major fight on her hands. “Dollar Bill” doesn’t back down, especially when there’s money involved. Maybe Wyatt will convince Bill that he could profit from turning the tables on Steffy. The rumors suggest that there could be an all-out war if Steffy won’t cave in. Of course, we have to consider the possibility that Wyatt’s strategy won’t work. Ivy might be left thinking: what now? Perhaps we’ll find out that Ivy kept a little insurance policy.

Ivy said she got rid of the video, but it’s tough to believe she wouldn’t keep an extra copy stored away for safekeeping – and if Ivy didn’t, could someone else have? Almost all secrets tend to get out eventually on soaps. It doesn’t seem like much of a payoff if the video never pops up again. Steffy may stick to her guns and run into even more trouble. If Wyatt and Bill’s scheme is a bust, Ivy could surprise us all by pulling out a secret weapon. Will the incriminating video resurface down the road? Stay tuned to “The Bold and the Beautiful” for updates on Steffy’s potential downfall.

So B&B fans, what do you think about the news that Wyatt will try to team up with Bill? Will they be able to get revenge on Steffy? If their plan fails, will Ivy take matters into her own hands? Did Ivy secretly keep a copy of the incriminating video to use as a last resort? Let us know what you think in the comments below and don’t forget to check CDL often for the latest “Bold and the Beautiful” spoilers, rumors, updates and news.