‘The Bold and the Beautiful’ (B&B) Spoilers: Steffy Says Ivy’s Modeling Days Are Over at Forrester – Bill Ridicules Ridge 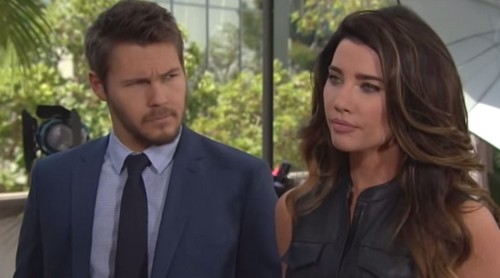 “The Bold and the Beautiful” spoilers for Friday, September 11, tease that Caroline (Linsey Godfrey) will try to convince Bill (Don Diamont) that she’s making the right decision. Caroline will indicate that she’s sure Ridge (Thorsten Kaye) is the man she wants to spend the rest of her life with. Bill will probably make some more snarky comments about Ridge being a geezer who’s too old to have more kids. Bill recently made a crack about Ridge having to be pushed in a wheelchair at his child’s graduation. It seems Bill is forgetting that he has a son who’s not old enough to start school yet. Talk about the pot calling the kettle black.

Nevertheless, Bill is correct that Ridge and Caroline will face issues. Even if the age difference doesn’t bother them, the secrets they’re keeping certainly will. Caroline told Thomas (Pierson Fode) that she isn’t pregnant so they don’t have to worry about their encounter. Still, it’s tough to believe that’s the end of it. Since we know Ridge had a vasectomy which may or may not be reversible, this storyline is just begging for a pregnancy. Besides, it’s a little early for Caroline to declare without a doubt that she’s not expecting. The test might say negative for now, but things could change. Those tests can be inaccurate anyway. 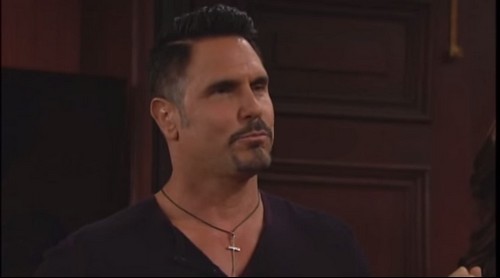 However, the fact that Caroline believes she isn’t pregnant could be crucial down the road. If Caroline learns she has a baby on the way, she’ll assume Ridge is the father and tell him the happy news. Of course, Ridge would be perplexed because of the whole vasectomy situation. There could be all kinds of soapy fallout from Thomas and Caroline’s hookup. Let’s hope B&B doesn’t drop the ball.

Other “Bold and the Beautiful” spoilers reveal that Steffy (Jacqueline MacInnes Wood) will exercise her authority as the president of Forrester Creations. Now that Ivy (Ashleigh Brewer) has deleted the video, Steffy intends on taking back the opportunity she lost. Steffy will make it clear that Ivy’s modeling days are over, at least at her current company. Ivy will be furious, but there’s not much she can do.

Steffy won’t stand by and watch her enemy become the Face of Forrester. Unfortunately for Steffy, she might be underestimating the power of her rival’s boyfriend. The rumors hint that Wyatt (Darin Brooks) will fight back with a vengeance. Stick with “The Bold and the Beautiful” for updates on Wyatt’s revenge plan.

So B&B fans, what do you think about the news that Caroline will continue to sing Ridge’s praises? Will secrets cause trouble in paradise? Will Steffy get away with what she’s doing to Ivy or will Wyatt make her pay? Let us know what you think in the comments below and don’t forget to check CDL often for the latest “Bold and the Beautiful” spoilers, rumors, updates and news.

The Young and the Restless Video Preview for Friday, September 11