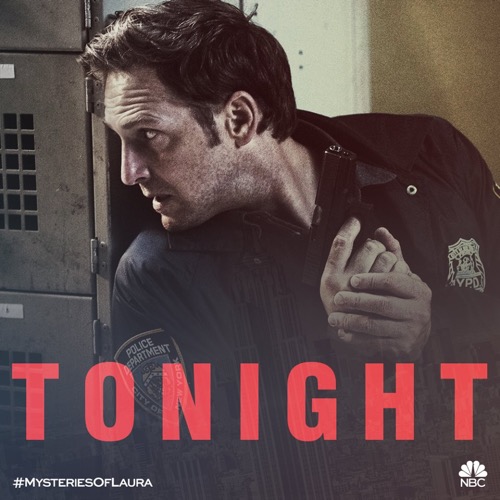 Tonight on NBC The Mysteries of Laura continues with an all new Wednesday October 28, season 2 episode 6 called, “The Mystery of the Dead Heat” and we have your weekly recap below. On tonight’s episode a gym owner is killed when he’s trapped in his own sauna.

On the last episode, a media mogul’s wife was driven off a main highway, and the investigation unearthed a secret in an old—and supposedly closed—case. Did you watch the last episode? If you missed it, we have a full and detailed recap right here for you.

On tonight’s episode as per the NBC synopsis, “a gym owner is killed when he’s trapped in his own sauna, so the team investigate the world of fitness extremists and uncover an unanticipated threat.”

We will be blogging The Mysteries of Laura season 2 episode 6 with all the up-to-the-minute details at 8PM EST so make sure to come back to this spot and watch the show with us. Make sure to refresh often so you get the most current info! In the meantime, sound out in the comments and let us know what you think of the series.

The body of Matthew Burke was found inside of a sauna. Apparently Matthew had owned the health club including the refitted sauna room that was located right off the men’s locker room and so someone had purposely targeted him where they knew he would be every night.

But, honestly, what a way to go! Matthew had been incapacitated and dragged into the sauna room where it took hours for him to die. Though that’s not even the worst of it. There was evidence at the scene that showed Matthew had become aware of his situation while he was trapped and actually tried to claw his way out of the room. So it goes without saying that Matthew suffered in his last minutes.

Although, in life, he didn’t seem like such a bad guy. In fact Matthew first started out as an attorney yet that changed after his wife Cecilia was diagnosed with MS. Matthew went on to open up his own gym in which he could have more flexible hours to tend to his wife and said wife admitted her husband never missed an appointment.

She also said he usually would have driven her to all of her appointments as well as pick up her from work. But that’s not what happened on the night Matthew died. So Cecilia helped the detectives narrow their window.

They knew they were looking for someone that was at the gym before eight and odds were it was someone that may have caused problems at the gym before. So Laura and Jake looked into complaints and they found a disgruntled client. A young woman had claimed the local perv Archie had been watching her everytime she was at the gym so she went to Matthew to sort it all out. And following their discussion, Matthew did have a talk with Archie.

Thus you would think that was it but it wasn’t. Archie later slipped back into the gym when someone left a side door open and he was back at watching the female clientele in no time. So Billy and Meredith went to go ask Archie about the incident and, before they could announce themselves, Archie began swinging a tire iron at them.

He later said he had been mugged and that’s why he acted out with aggression when someone came up behind him. However Santiani wasn’t buying his excuse for an attack on one of her own nor she didn’t buy the story behind why Matthew’s gym bag was found in Archie’s car. So she kept Archie in detainment even after Laura and Meredith have found evidence corroborating his story.

Yet Laura decided to follow her gut on this one and continue looking. And when Meredith found pictures of Cecilia having sex with man that clearly was not her husband, the ladies felt they had another viable suspect.

Only as it turns out Cecilia wasn’t having some grand affair on the side. She had a Sex surrogate. Sex surrogates are professionals that help people with disabilities and in Cecilia’s case she needed to find a way around her limitations. So she had a sex surrogate and her husband new all about it. Hence the pictures. The pictures were supposed to serve as a guide for him.

So Cecilia didn’t think her sex surrogate had motive to kill her husband. Although she did find something comical in the morning after Matthew died. Apparently Matthew had been inflexible about checking the safety latch on the minivan. He had outfitted the entire van for his wife so that she could still drive if she wished and that latch was a safety mechanism for her.

Therefore when she found the latch hadn’t been set in place, Cecilia thought it must have been a joke from Matthew. But Laura used that information to surmise that someone else had been in the couple’s van. That third person being someone who didn’t know about the latch.

And if a third person was in there, they had to have been looking for something. Yet Cecilia said neither she nor her husband left any cash lying around inside and so she couldn’t figure out why anyone would bring in much less cover it up afterwards. Because the van was clean. So clean in fact there weren’t even Matthew’s fingerprints found inside.

So Laura realized what happened. Someone broke into the car looking for something and Matthew must have accidentally walked in on the person while whoever was in the act. And so that’s why he was killed. He was just in the wrong place and the wrong time.

Cecilia Burke works at the city municipal for something like building projects. So a lot of blue prints cross her desk on her daily basis and sometimes she’ll take one of them home. Which was the case for NYPD Annex building.

The same building that holds all of the money, drugs, weapons, and jewels collected off drugs dealers and notorious criminals. And if anything was compromised in that building then the chain of evidence would have been broken thereby allowing hundreds in the system to walk.

So Laura came up with a plan and her team was able to meet her halfway as they worked to take down Julie and her husband. And luckily they got to the two before they could make into the inner vault. But Santiani, on her part, could have gotten into trouble for not informing her boss so Laura pretended that the whole scheme had been Santiani’s all along.

Leaving her to take the credit.

Though an update on the Billy and Meredith leaves us to believe these two are finally ready to move on to the next stage in their relationship – officially going public.