The Real Housewives of Beverly Hills Recap ‘The Party’s Over’: Season 5 Episode 19 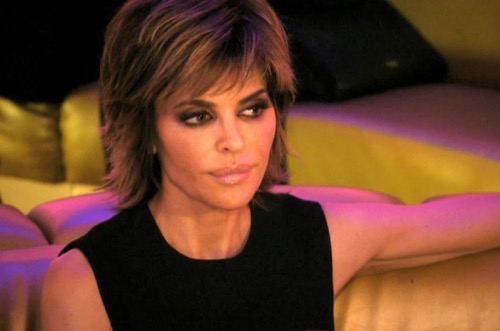 The Real Housewives of Beverly Hills returns to Bravo tonight with all new Tuesday March 24, season 5 episode 19 called, “The Party’s Over,” and we have your weekly recap below. On tonight’s episode, the women attend a splashy, over-the-top party thrown by the group’s old friend Adrienne Maloof. Lisa Vanderpump confronts Brandi Glanville about Brandi slapping her in Amsterdam, but Brandi doesn’t want to hear it.

On the last episode, Lisa Vanderpump refused to accept Brandi’s apology for slapping her the night before. After a final dinner in Amsterdam, which Brandi skipped for a date with a 24-year-old, the women returned home. Brandi got bad news about her father’s health. Kyle was shocked when Lisa Rinna told her that Brandi had talked about Kim needing an intervention. Later, in Palm Springs, Kyle angrily revealed to Kim what her “best friend” Brandi had been saying behind her back. Did you watch the last episode? If you missed it, we have a full and detailed recap right here for you.

On tonight’s episode as per the Bravo synopsis, “The women attend a splashy, over-the-top party thrown by the group’s old friend Adrienne Maloof. Lisa Vanderpump confronts Brandi about Brandi slapping her in Amsterdam, but Brandi doesn’t want to hear it. Kyle gets angry with Lisa Rinna for not confirming to her sister that Brandi is also worried about Kim’s sobriety. Kim wants answers from Brandi.”

Kim wants Kyle to treat her like she’s a healthy older sister who knows how to take care of her life. The sisters find it easier not to talk about things because they have always kept their issues inside of the family.

Lisa is removing the swingset in her backyard, which is a symbol of her daughters’ childhood. She takes photos of them swinging on it for the last time.

In confessional, she says she lost it after Kim brought her family into it. However, she says she shouldn’t have reacted because even that is giving her too much.

The ladies go to the book signing of Nicky Hilton, Kyle and Kim’s niece. Kim and Kyle try to act as if everything is okay, which leads to both being visibly perturbed at the event.

Paris Hilton arrives and glows like an angel on screen for a short but glorious moment.

Kyle talks to Vanderpump, telling her about her most recent attempt to work on her relationship with her sister.The two discuss [Adrienne] party, mainly discussing Brandi’s possible presence. Vanderpump tells Kyle that if things go sour with Brandi, Kim wll be hurt.

Vanderpump says in confessional that if Brandi is at this party there is nothing she can say to undo what’s happened between them.

Kyle told Kim that Lisa Rinna told her Brandi said Kim is in need of an intervention. Kim wants to get to the bottom of this mystery at the party, saying one of them is lying and she will be heartbroken if Brandi really did say that.

At the party, which takes place in a giant nightclub, Yolanda asks Brandi about her father, whom she says is sick but beyond that doesn’t want to talk about it.

Kim and her ex-husband arrive at the event.

Vanderpump goes up to Brandi, and when she brings up Brandi hitting her in the face. Brandi says she doesn’t care about this situation and she has apologized repeatedly. She says her father is dying, and when Vanderpump says she’s sorry, Brandi says Yolanda is the only person who has called her. Brandi screams at Vanderpump to leave her alone as Vanderpump repeatedly says she is sorry. Brandi eventually ignores her and storms off.

Kim approaches Lisa asking about what Brandi allegedly said, and Lisa says they had a very mature conversation. Kim asks if Lisa used the word ‘intervention.’ She tells her to ask Brandi, and Kim says she’s asking what Lisa herself said.

When Kyle gets to the table, she says that Lisa told her Brandi said Kim needed an intervention. Lisa says it wasn’t like that and it’s hard to put in black and white terms. Yolanda asks Kyle if Lisa said it the way Kyle told Kim, and Kyle says yes. Kim says that’s what she needed to know, gets up and storms off.

Kyle tells Lisa she feels she made her look like a liar to Kim. Lisa says she doesn’t want to get between her and her sister, and Kyle says all she has to do is tell the truth. She says she asked Lisa for permission to tell Kim, only for her not to confirm it when Kim comes to her.

Kyle says she was defending Lisa Rinna and her intentions, using Brandi’s words to explain her actions. Lisa asks Kyle why she’s afraid of her sister, and she says she isn’t. Eileen says she needs to back up her story, because Lisa said the same thing to her. She says if you open the door, you can’t open it a little. After Vanderpump also agrees, Lisa finally agrees to tell Kim what was said.

Kyle tells Kim that Lisa is now willing to tell the truth, and Kim doesn’t want to hear anything that comes out of Lisa’s mouth because everything Lisa has said has been a lie. Brandi arrives, looking for Kim.

Lisa comes up to Brandi and tells her she thinks she has caused a lot of problems by being honest with Kyle about their lunch.  Brandi says she loves Kim more than anyone here, and would like to talk to her.

Kim and Brandi sit down together. Kim tells Brandi she went to Palm Springs with her sister and worked on their relationship. There, one of the things Kyle told her is that Lisa Rinna told her Brandi said something about her wanting to “intervene on” Kim. Brandi says she did not use the word intervention and that she said Kim didn’t have a good support system of people who aren’t drunk all the time like she is. She says she worries about Kim because she is her friend, and Kim says she understands worrying about people you care about.

Lisa comes up to them and Kim tells her what she said. Lisa says it was a good conversation and that she has learned sometimes you need to stay out of other people’s business, but she was concerned because of the one night with the pills.

When Kyle approaches, Brandi freaks out and asks her why she is here, then storms off.

– Yolanda has suffered a relapse of her Lyme disease.
– Lisa has had a guest appearance on CSI as a “trashy mother.”
– Eileen has returned to Days of Our Lives, so she is now on two soap operas.
– Vanderpump’s son has stopped trying to find out his family history.
– Kim is still taking care of Monty. She says she is sober and still best friends with Brandi.
– Kim’s dog bit Kyle’s daughter, requiring surgery.
– Brandi’s father is slowly recovering from several heart surgeries. The same can’t be said for many of her friendships.