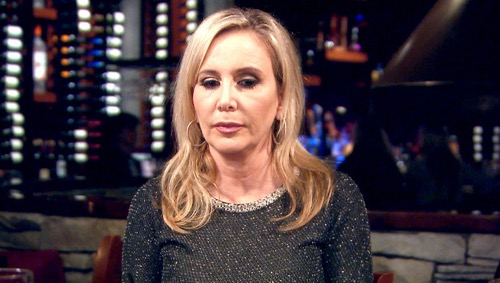 The Real Housewives of Orange County returns to Bravo tonight with an all new Monday July 6 season 10 episode 5 called, “Game Changer,” We’ve got your recap down below! On tonight’s episode, Vicki Gunvalson gets a phone call that forever changes her life. Shannon Beador offers an olive branch to Meghan when she hosts a Bunco party at her house.

On the last episode a trip to Napa concluded with tensions at a high. Back in the OC, Vicki and Brooks considered some unconventional cancer treatments, Meghan put the final touches on her first OC charity event while Heather faced the harsh reality of going over budget on her dream home. Meanwhile, Shannon received some shocking news and unresolved issues between her and Meghan became the topic of the ladies’ scrutiny at Meghan’s JDRF charity event. Did you watch last week’s episode? We did and we recapped it right here for you.

On tonight’s episode per the Bravo synopsis “Vicki gets a phone call that forever changes her life. Shannon offers an olive branch to Meghan when she hosts a Bunco party at her house. Meanwhile, Meghan moves into another house and Heather has an unorthodox date night with Terry that gets a little bloody.”

Meghan is stressed out by moving to her new house. She says in confessional that her husband barely helps at all with moving.

Shannon calls Meghan, inviting her to a party she is holding tomorrow night. She says they hold the party once a month to play a dice game called Bunco.

Meghan says she is surprised to get a phone call from her, considering the way she reacted to her calling her. Shannon says she is trying to put out an olive branch here, and Meghan tells her that her behavior is unpredictable. Shannon says when she says something she follows through with it, every single time. “I look forward to you proving that,” Meghan says. Rolling her eyes, Shannon says she will prove it to her.

After they hang up, Shannon scoffs at the idea of proving herself to a 30-year-old.

Meghan says that Shannon just said she was going to, but okay.

Shannon ends the call by saying she hopes to see Meghan tomorrow.

David comes home and alarms Shannon by telling her that today he has run into ‘that lady you met at the beach.’ Shannon fears that he has run into the woman he had an affair with in the past, but it turns out to be someone else.

She talks to her friend Kristina about this, telling her she has to be careful how much she goes to David for reassurance because his biggest fear is that she won’t be able to get over the affair. She talks about the lies that David has told her in the past, saying that it wasn’t just one lie, it was lies every day. She says she asked him why he lied so much, and he said he didn’t know.

She says in confessional that if David ever tries to make contact with the woman he had an affair with again, she will walk out and never turn back.

Heather is stressed out because Terry has so many work commitments keeping him away from home, like his 7-month commitment to Botched. She says the kids definitely notice that he isn’t around very much.

Meghan comes to Shannon’s party. She is the first person to arrive.

When she gets there, Shannon shows her the wine bottles she wants to donate to the charity and wasn’t able to because Meghan didn’t invite her to her party.

Meghan gives Shannon a card with a heartfelt message on it…

While the group plays Bunco, Vicki answers a phone call in the kitchen. She bursts out into sobs, asking “what happened” repeatedly and falling to the floor.

“I don’t want to believe this,” she says as she brings herself up off the ground.

Shannon comes in the room and Vicki tells her that her mother has just died, even though she wasn’t sick. The others hear her crying and go into the kitchen.
Heather calls Brooks to get him to come.

“I have no parents anymore, that’s so terrible,” Vicki says. “Who doesn’t have parents? I’m too young to not have parents, I need my parents.” She calls her brother Billy, telling him to make her wake up because she needs her. She asks what happened, saying she doesn’t understand. He says he opened up the garage door and saw her car and knew something was wrong. He says he went to shake her and she wouldn’t wake up.