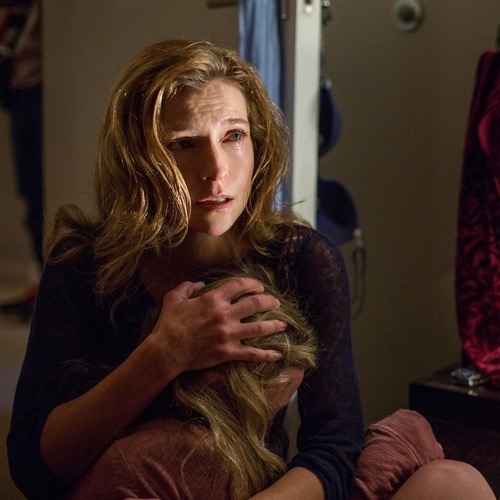 The Returned airs tonight on A&E with an all new March 9, season 1 premiere called “Camille” and we have your weekly recap below. On tonight’s episode, residents of the small mountain town of Caldwell, Washington grapple with the mysterious return of their dead loved ones.

The Returned is about a small town that is turned upside down when people who were thought to be dead suddenly reappear.

On tonight’s episode as per the A&E synopsis, “residents of the small mountain town of Caldwell, Washington grapple with the mysterious return of their dead loved ones. With no memory of their deaths, and no awareness of the time that has passed in their absence, the returned struggle to reintegrate into a world that has changed without them.”

Tonight’s episode is going to be a great one and you’re not going to want to miss it. The Returned airs on A&E at 10:30 PM EST, while you wait for our recap hit the comments and let us know how excited you are about this new series.

Tonight’s episode of The Returned kicks off with a school bus full of kids heading down a scenic route, one of the teen girls on the bus is named Camille. The bus comes to a screeching halt when the road comes to an end and there is a barricade up – it careens through the barricade and over the cliff.

Present day – Camille climbs up the cliff and back in to the road unscathed by the accident, she walks around in circles appearing confused and lost.

Meanwhile, a woman named Kris is at a grief counseling group. She announces that she and her husband Matthew are having a baby. Kris thanks everyone for supporting her, and helping her get over her loss. A man named Jack hovers in the hallway listening in on the meeting. The electricity begins flickering – everyone is baffled because there isn’t a cloud in the sky and the whole town’s power is out. Another woman takes the stage and shares a diagram of the monument they plan on putting up to honor all of their kids that died in the bus crash. Jack speaks up and says that the monument is ugly.

Camille arrives at home and begins ransacking the refrigerator – her mom catches her and is in complete shock. Camille rambles that something weird happened and she woke up in the mountains and lost her phone, she had to walk all the way home. She asks where her sister Lena is – her Mom dumbfounded says she is “at a friend’s house.”

Jack heads to his girlfriend’s room in the back of a bar, after they have sex she hits him up for money and says she needs a check because she needs to go to Seattle to meet with her lawyer about her divorce. Jack receives a phone call from Camille’s mom Claire – she tells him to come over to the house ASAP. While Jack is leaving the bar he kisses his girlfriend goodbye, unbeknownst to him his daughter Lena is there drinking with her friends and sees the whole thing.

Camille gets in the shower, and still has no idea that she is supposed to be dead. Jack shows up at Claire’s house and asks her what is wrong – she explains that Camille showed up. He doesn’t believe her and he heads up to the bathroom. He opens the door and sees Camille sitting in the bath tub – she shouts at him to get out. Jack is shocked – he and Claire head outside to try and make sense of it. Claire explains to Jack that Claire doesn’t remember that she was in an accident at all, she thinks she just fell asleep in the woods. Camille comes outside to see what they are talking about – she thinks she should go to a doctor and see why she lost her memory.

Meanwhile, a woman named Julie is driving down a dark road and she sees a young boy sitting at a us stop in the middle of nowhere. She turns around and heads back to investigate, she is baffled when the bus stop is empty. She heads home and checks her mail in the lobby of her apartment building. Out of the corner of her eye she sees the same little boy standing outside watching her through the window. She heads outside and asks the boy why he is following her – he refuses to speak to her. She takes him upstairs to her apartment and gets him some food, he still hasn’t said a word. She tells the little boy that she is going to call 911 if he doesn’t talk to her and tell her who he is – he still doesn’t say a word. Julie caves and tells the little boy that he can stay there for the night – but tomorrow she is taking him to the police station.

Peter, the grief counselor, arrives at Claire’s house – he is shocked to hear that Camille is back. Claire takes Peter up to Camille’s room and introduces him and says that he is a psychologist. He asks Camille if she remembers anything form the bus accident, Camille is confused, she didn’t even know that she was in an accident. She thinks she must have amnesia from the crash – Peter reassures her that what happened to her was extraordinary and she will be okay. Her mom tucks her in to bed and kisses her goodnight. Downstairs Jack calls his girlfriend Lucy and says that he really needs to talk to her – he leaves her a voicemail.

A woman dressed in out of era clothes walks down the dark street – she heads in to her husband’s bedroom but he is an elderly old man now, she climbs in bed with him. He opens his eyes – and is in shock when he rolls over and sees his late wife. Meanwhile, another returned man arrives at the bar where Lucy is working. He asks Lucy where Rowan is – Lucy says that no one named Rowan works there. Lena overhears and offers to take the man to Rowan’s house.

The elderly old man calls his doctor, who happens to be Julie, in the middle of the night. He watches his wife get out of bed and get a drink of water – and then he hangs up on Julie. Lena takes the mystery man from the bar to Rowan’s house, he bangs on her door and Rowan is in complete shock. She is trying on a wedding veil – she screams at him to go away and leave her alone and then she drops to the floor and begins sobbing. A little girl finds her on the floor and calls her mommy and asks her if she is okay. Rowan hugs her daughter and reassures her that everything is okay. The mystery man runs off the porch and down the street. The elderly man that woke up and found his returned wife in bed heads out for a walk in the middle of the night – he stops at a bridge and dives hundreds of feet down and in to the river.

Rowan’s husband, who happens to be a cop, returns home – he finds Rowan crying in the dark. She reveals that “it started happening again” and she seen Simon. She thought that it was over but it’s not. He comforts her and reassures her that he is “here for her.”
Julie tucks the little boy in on her couch – she asks him what his real name is. He replies that his name is Victor – and Julie appears shocked. Jack heads back to the bar and freaks out on Lucy, she was supposedly “channeling his dead daughter Camille and talking to her on the other side.” Now Jack knows that it was all a scam. Lucy runs out of the bar and down a dark tunnel, someone in a black hood grabs her from behind and stabs her to death and leaves her in a pool of blood.

Lena heads home after her night at the bar – while she is getting ready for bed she hears her sister Camille knocking on the wall. Camille rushes in to Lena’s room and Lena begins screaming – Claire runs upstairs when she hears the commotion and finds Camille sobbing on the floor, she tries to comfort her and Lena watches in horror.

Flashback four years ago – it’s the morning that Camille is set to leave on her school trip. She whines to her parents at the breakfast table that she doesn’t want to go on the trip and she doesn’t feel good. She and Lena are actually twins, they just look different now because four years have passed since Camille was in the accident and she didn’t age. While Camille heads out on the trip – her sister Lena has her boyfriend over and they head up to her room to fool around since her parents aren’t home. Lena admits to her boyfriend that she feels guilty because she promised her sister she wouldn’t hook up with him because Camille liked him too. While Lena was home losing her virginity – Camille could feel something wasn’t right. She begged the bus driver to let her off the bus, while he was arguing with her Victor emerged in the middle of the road – the bus driver swerved to miss Victor, and that is why he drove over the cliff.