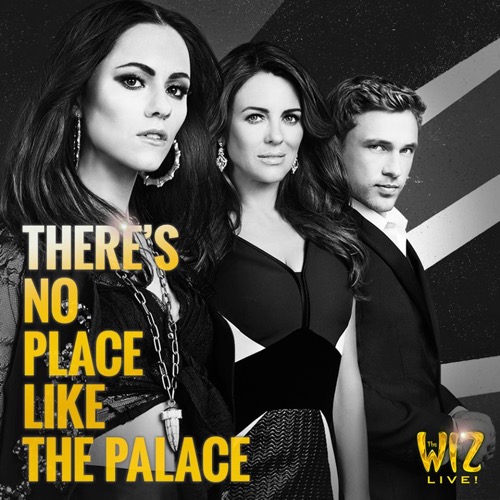 The Royals continues tonight an all new Sunday, November 29 season 2 episode 3, called “Is Not This Something More Than Fantasy?,” and we have your recap below. On tonight’s episode, Prince Liam (William Moseley) and Princess Eleanor  (Alexandra Park) both take trips that don’t end as they expected.

On the last episode, the future of the monarchy was threatened by Prince Liam’s quest for vengeance. Princess Eleanor, meanwhile, rekindled an old flame. Did you watch the last episode? If you missed it, we have a full and detailed recap right here for you.

On tonight’s episode per the E! synopsis “Prince Liam and Princess Eleanor both take trips that don’t end as they expected, while at home Queen Helena meets a new rival and King Cyrus receives some bad news.”

Liam goes to Ophelia’s apartment. She is visibly shocked as she opens the door. He tells her he tried calling her, but she changed her number.

Beck wakes up to find Eleanor smoking out of a bong.

“So much for slowing down, Eleanor,” he says. He takes the bong away from her, telling her to pack and that they’re going away for the weekend to a surprise location.

Cyrus is told that the war against his cancer is being lost, and that they will have to remove a testicle. He is offered to see samples of testicular implants, and told that they have every reason he will be okay. He is told to channel the power of the people who love him as the King of the nation for support.

Rachel tells Queen Helena that the new Prime Minister has canceled their meeting because she is simply too busy to meet with her.

When Helena and Rachel go into the PM’s office, the room is packed with the press. The PM says that she seems to have forgotten her manners, and Helena says that would be the second time today.

The PM dismisses everyone from the room but Helena.

The PM invites Helena to sit down, but she offers a lesson on etiquette, telling her that she is to speak first and that she is not to stand her up.

The PM brings up her predecessor’s business with Helena. The PM tells her that the throne is antiquated.

Helena says that she isn’t PM and never will be,because she signed against it. The PM tells her that it is tragic that she believes that, and even more tragic that other people let her believe that.

The PM asks Helena if she offends her, and she says yes, adding that her knockoff shoes also offend her, before storming off.

Liam and Ophelia go for a stroll.

Liam tells Ophelia that he was trying to be honorable and protect her from the madness of his world. He says he should have told her, that it was her choice to make and not his.
“I’ve missed you,” he says.

“That’s not fair,” she responds before storming off.

Beck and Eleanor go to the countryside, where she remarks that she doesn’t understand why people go visit the country where there is nothing to do.
“I have an amazing bed,” Beck says.

“I love the country,” she responds, and they kiss.

Lucius suggests that Cyrus do something at a soup kitchen to generate goodwill among the public in light of his cancer, and he agrees.

Beck and Eleanor have a romantic picnic out in the countryside.

Cyrus makes his appearance at the soup kitchen, wiping his hands with a handkerchief as the ascends the stairs to make his speech.

He pledges that the kingdom will match everything that parliament will pledge, in perpetuity, to make the country more united.

Liam assures Ophelia that he knew nothing about her getting her job due to a favor being called in. She says it doesn’t matter, because she didn’t deserve it. He says that she does deserve it and she proved it with her work. She says it was just like Monaco, something that became bad and twisted because of his world.

He tells her that he wanted everything she wanted, with her and for her. He says he didn’t know about the rest of it. She says she can tell he didn’t know, but like he said on the plane he has to go back. She says that this time she needs him to go.
They hug.

Liam tells her not to give up before she storms off.

Helena storms into Cyrus’ office to beg him not to approve the deputy PM. He tells her that the people love her, and Helena asks since when he started caring about the people. She tells him he should focus on the people willing to tolerate him, of which there are very few left, before storming off.

In the car, Liam gets an epiphany and tells his driver to turn around.

Meanwhile, Eleanor asks Beck if he has any alcohol, and he says no. He says he thought about it but changed his mind, citing her habits. She asks him if the trip is more like an intervention. He says it wasn’t like an intervention, he just needs her to slow down a bit. She says he didn’t need to set up an intervention, and that he could have just told her not to go as hard at the party and she would have listened. He says that he knows she wouldn’t. She tells him she feels like the entire day is a lie now, and he says it isn’t a lie, he just wanted to spend some time truly with her.

Liam shows back to Ophelia’s apartment and gives a corny speech about how he’s not going to give up and how great they could have been together.
“Liam, I can’t,” she says right before a guy pops out from around the corner and asks Liam what he is doing here.
“I was just, um, headed home,” he says. “I wanted to wish you both my best.”

The guy asks if he’s sure he couldn’t stay, and he says he’s sure. He looks at Ophelia and tells her that it was nice to see her before storming off.

Out in the hallway, Ophelia runs out and follows him.

He tells her she was right and that the guy she is with is a good guy. She says she didn’t know how to tell him, and he says it’s okay and he will see her one day before storming off.

Helena and Rachel go to meet with the PM again.

Rachel suggests that she be nice to her, and Helena agrees, bringing the PM a brand new pair of black Jimmy Choos. However, the PM refuses to accept them, saying such a gift could be perceived as a bribe.

Helena tells the PM to ask random people on the street who the deputy PM is, or to name the last five, and then to ask them who the queen is. She says her name is forever and the PM’s will be forgotten, or never known in the first place.

Cyrus is criticized in the media for displaying his wealth at his appearance at the soup kitchen, being compared unfavorably to Liam, who was more sincere on his media outings.

Eleanor goes partying at the club, where she meets a spunky blonde American chick. The girl asks her what her poison is, “drugs, booze, boys,” and Eleanor simply responds yes. She says that the first two got her in trouble with the last one.

The girl compliments Eleanor on her style and reveals that she is a model named Mandy.
Eleanor and Mandy do lines of coke before Mandy says she has to leave. Before she leaves, however, she offers Eleanor her number. Eleanor accepts, and lets Mandy put her number in her phone.

Rachel catches Helena searching the walls for something, and tells her where Eleanor’s stash is.
Helena says that if she wants her bill passed, she is going to have to find another way.
Rachel says she will look into blackmailing one of the PMs because they are rather kinky.

Eleanor comes back from the club, and Beck tells her that he knows everything about her and what comes with it, just that he was hoping to add some quiet to her life.

She tells him that quiet is difficult for her, and that the noise gets her through the day.
Beck says that that is temporary. Eleanor asks what if it really is just who she is.
He tells her not to blame her for seeing a better her, the best version of her. She says she doesn’t, but it reminds her how broken she is, and it makes her feel like she is disappointing him. She says not to mention that her father felt the same way.

“You left your wife for me,” Eleanor says. Beck tells her that he chose her.
Eleanor tells him that she can’t be quiet right now, and he says he needs to be.
She says that the timing sucks, and puts her head on his shoulder.