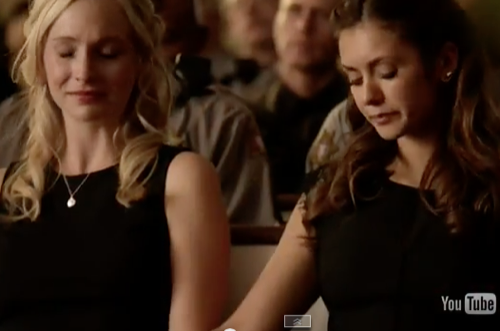 The Vampire Diaries spoilers sneak peek and synopsis for Season 6 episode 15 promises some great action and intrigue on next week’s show. Tonight’s on CW my favorite series, The Vampire Diaries aired episode 14 and it was all sorts of intense, Jeremy leaves town, but is he really off to college? Caroline’s mom Liz loses her cancer battle while Caroline and Stefan confront their feelings for one another.

We cannot wait till the next episode, check out the video promo below. Good news, we managed to get some juicy spoilers and a sneak peek video of “Let Her Go”  for your enjoyment below while you wait for it to air February 19th, 2015!

On tonight’s episode as per the CW synopsis,“It’s Jeremy’s (Steven R. McQueen) last day in Mystic Falls and Elena (Nina Dobrev) puts on a brave face as they reminisce about their past. Stefan (Paul Wesley) and Caroline (Candice Accola) find themselves growing closer as they prepare Caroline’s family cabin for her mother to live out her final days. While packing up her office, Sheriff Forbes (guest star Marguerite MacInytre) turns to Damon (Ian Somerhalder) for help solving one of her remaining open cases involving Elena’s parents. Elsewhere, when a violent confrontation with Enzo (Michael Malarkey) leaves Jeremy wondering whether he should leave or not, Matt (Zach Roerig) finds his own life on the line after Enzo lures him and Sarah Salvatore (guest star Tristan Mays) into his dangerous plan. Lastly, Caroline rushes to the hospital after learning her mother has taken a turn for the worse.”  More happened, if you missed the episode you can see a full and detailed recap, right here for you.

Spoiler alert: If you’re one of those people who doesn’t like spoilers, stop reading now! We have some juicy spoilers for you about the season  6 episode 15 of CW’s “The Vampires Diary.”

Official CW synopsis: “EXECUTIVE PRODUCER JULIE PLEC MAKES HER DIRECTORIAL DEBUT – After assigning tasks to each of her friends, Caroline (Candice Accola) attempts to deal with her current situation as reality begins to set in around her. While spending the day with Caroline, Elena (Nina Dobrev) grows concerned when she starts noticing a strange change in her behavior. 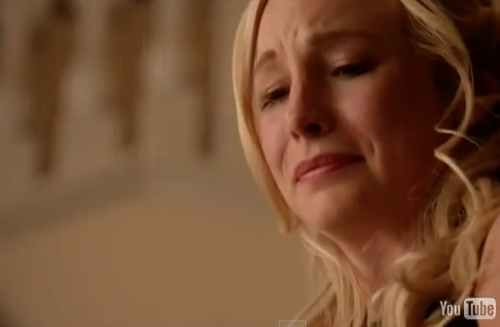 Meanwhile, Alaric (Matt Davis) becomes wary when Kai (guest star Chris Wood), who has begun experiencing unexpected consequences from the merge, turns to Jo (guest star Jodi Lyn O’Keefe), desperate for her help. Elsewhere, while Bonnie (Kat Graham) finds herself in an unfamiliar situation, Matt (Zach Roerig) and Tyler (Michael Trevino) contemplate a major life change. And when Damon (Ian Somerhalder) offers Caroline advice on how to cope with everything going on around her, it forces him to revisit painful memories involving his own mother. Paul Wesley also stars. The episode was written and directed by Julie Plec (#615). “

The Vampire Diaries Season 6, Episode 15 “Let Her Go” airs on the CW on February 19, 2015. Check out the preview video from episode 15 below and let us know in the comments below what you think!