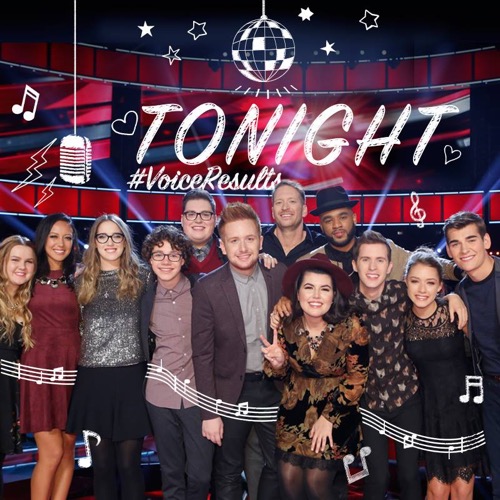 Tonight on NBC the Emmy award winning music competition The Voice continues with an all new Tuesday November 17, season 9 episode 19 called, “Live Eliminations,” and we have your weekly recap below. On tonight’s episode two contestants will be eliminated.  Right now Blake is going in with a strong team but at the the end of night that does not matter the two with the lowest amount of votes are going to be sent home.

On the last episode, the top 12 artists performed. Did you watch the last episode? If you missed it we have you covered with a full and detailed recap right here for you.

On tonight’s episode as per the NBC synopsis, “the results are in and two eliminations will be made tonight.” Who are you rooting for?  Who do you think will be sent home tonight.  Do you think Blake has the strongest team this season?

Tonight’s season 9 episode 19 is going to be exciting. We’ll be blogging it right here for you. In the meantime hit up the comments section and tell us your thoughts on season 9 of The Voice.

#TheVoice live results starts now with the top 12 coming onto the stage. Carson starts with Amy Vachal and asks what Adam’s support has meant to her and she says having Adam believe in her makes her want to stretch her abilities. Barrett says this is an amazing experience and says it’s important to have his family there. Carson announces that America saved Team Adam’s Jordan Smith. Then Carson announces that from Team Gwen that Jefferey Austin is also safe.

Carson asks the judges for advice from here and Adam says not to treat it like a competition and keep it cool. Gwen talks about the growth of her team and Pharrell talks about how they’re embracing his advice. Mark Hood talks about showing other sides of himself and says there’s more to him to see. Madi says Pharrell has changed her confidence in herself by affirming her as an artist. The next two that are safe and going to the top 11 are Team Blake’s Emily Ann Roberts and Team Pharrell Madi Davis.

Team Blake, along with their coach Blake Shelton, sing together and do Lean On Me. Now we are down to eight still in contention. Four are safe so far. Carson asks Zach about his time on the show then Evan who says it’s taught him to pursue what makes him happy. Now we found out three names that are moving on. From Team Gwen, Braiden Sunshine is safe. From Team Blake, Barrett Baber is safe. From Team Adam, Amy Vachal is safe.

Team Pharrell performs with their coach but first Carson reminds people to tweet for an instant save for an artist. They sing Just a Cloud Away, one of Pharrell’s songs. Carson asks Korin about Gwen’s influence then he asks Shelby about picking Adam when all four chairs turned. She says it was the right decision and has helped her explore who she is as a person. Now it’s down to the last three that will be safe and then two will perform for a shot at the instant save.

From Team Pharrell, Evan McKeel is safe. Also safe is Shelby Brown from Team Adam. From Team Blake, Zach Seabaugh is also safe. Korin Bukowski and Mark Hood from Team Gwen and Team Pharrell will compete for the instant save by singing live. Mark Hood is first and he sings Stevie Wonder’s Signed, Sealed, Delivered. He killed it as usual. Gwen says his spirit is so big and beautiful and says it was magic. Adam says he loves that song and performed it with Stevie Wonder once and was so scared.

Blake says he’s so much fun to watch and says every coach was having a blast watching him beat on the stage and singing his face off. Blake says don’t think too hard about this and says he’s so good and the talent is so good week to week so you never know and says he deserves to be there. Pharrell says he’s so proud of how far he’s come and says people are still standing for him. He says Mark gave everything and bared his spirit for everyone to see. He says he hopes America saves him.

Pharrell says when you bare what you have, the rest is just bells and whistles. He says when she can share so eloquently, it comes off great and congratulates her and says the whole room felt it. Gwen says it was amazing and her favorite of hers and says she looked so scared before and just was like look at this gift and my voice. Gwen says she deserves to be here and says she’s magical and has blossomed before their eyes. Mark comes back out and hugs Korin then Carson says there’s five minutes left.

The window for votes is closed and the instant save goes to Team Gwen’s Korin Bukowski. She rounds out the top 11. Mark Hood is going home tonight.