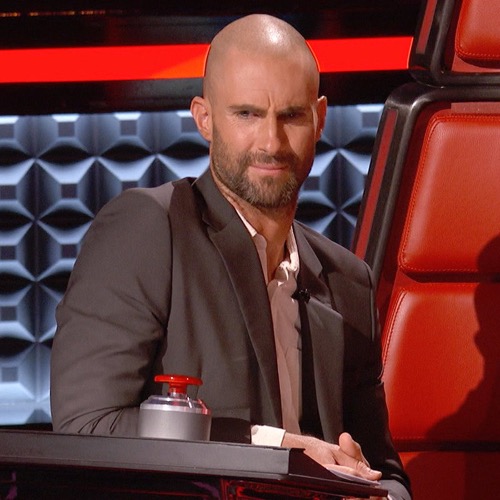 Tonight on NBC the Emmy award winning music competition The Voice continues with an all new Monday November 9, season 9 episode 15 called, “The Live Playoffs, Night 1,” and we have your weekly recap below. On tonight’s episode the playoffs kick off with the Top 20 performing.

On the last episode, we relived the best moments from the season so far during an original jam-packed special chronicling the journey of the top 20 from the blind auditions to tonight’s live playoffs. Also the episode included never-before-seen footage of coaches Adam Levine, Blake Shelton, Gwen Stefani and Pharrell Williams.

On tonight’s episode as per the NBC synopsis, “the remaining artists perform in front of coaches Adam Levine, Blake Shelton, Gwen Stefani and Pharrell Williams for their chance at a spot in the live performance shows.”

Tonight’s season 9 episode 15 is going to be exciting and we’ll be blogging it right here for you. In the meantime hit up the comments section and tell us your thoughts on season 9 of The Voice.

#TheVoiceLive also includes a comeback artist where each judge selected an eliminated artist to bring back. Blaine Mitchell is first and he’s doing INXS Never Tear Us Apart. It’s incredible. Almost as good as the original. Blake says it’s hard to think he did country in the past and says Adam de-hillbilly’d him. Pharrell says it was the right song choice and showed how good he is. Gwen says she loves his outfit and loved his body language and says it was a perfect song. Adam says he thought about this song for him the second he got Blaine on his team. He says he’s so proud and he’s exactly where he needs to be.

This time, there are NO call in numbers to vote. You can vote online at NBC.com or via Facebook. There’s an app you can use to vote that’s on Google Play or iTunes. You can also vote by purchasing the artist’s song they performed on iTunes. Each song download counts as 10 votes and these votes will also count again if the artist makes it to the finale. It’s a whole new voting thing this year. We’ll see how it works. To see more, check out NCB dot com and go to the voice and look for vote/methods page.

Next up for the first playoffs round is a Team Gwen artist Regina Love. She’s doing Adele’s Hello which is brand new. Gwen is thrilled and says it’s so genuine and honest. By the time she’s done Gwen and most of the audience are on their feet. The crowd keeps on cheering like mad. Adam says he misses her and is so proud of her. He says it was an amazing job. Pharrell says that was moving and her voice fills the room. Gwen says she’s so honored to be part of her journey and says she’s there against all odds. She says it’s beautiful and real and congratulates her.

Team Adam’s Keith Semple is next and the Irish rocker has chosen Mr Big’s To Be With You. Keith worries he might pigeonhole himself with 80s rock but Adam says to do his own thing. Blake says he actually knows that song and Adam says it’s a miracle. Blake says he’s such a good singer and ad libber and it’s a good job. Gwen says his voice sits so beautifully and has a great tone and says it’s high but never cracks. Adam says he loved that for him and says it’s him developing an identity and says that’s key and he showed people who he is and what he wants to do

Next is Team Adam’s Shelby Brown – his only country singer. She’s chosen Linda Rondstadt’s classic You’re No Good. She gets love from the crowd when she’s done. Blake says it’s good and it pisses him off. He says her voice is like Trisha Yearwood’s voice and Carrie Underwood’s voice had a baby. Adam tells him to shut up and Blake says she should be on his team. Pharrell says he’s liked her since the blinds and loved when she let loose at the end. He says it was great. Adam says he adores her and she crushed it so hard tonight.

Next is Team Gwen’s Korin Bukowski’s Sarah McLachlan’s Adia. She kills this really challenging song. Gwen is on her feet as is the audience. Adam says that was so cool and says he saw something new in her voice and compliments her growth. Blake says the last time she cut someone’s hair on the show, they won, even though they ended up on his team. Adam mocks him and Blake says he hates him. Blake says she connected with the song and it was a great job. Gwen says she looked beautiful and says she loves the song and says she gave it her own twist and it was beautiful and emotional.

Next up is a brand new change for this season – the comeback artist. Gwen has brought back Ellie Lawrence and says she’s quirky and a lot like her and connected with her. Gwen tells her she was one of the most downloaded performers which shocked Ellie when she heard it. She’s doing Xs and Os by Elle King. Ellie rocks it and Adam says he loves that she’s back and says it’s her best performance. He says it feels like her thing. Blake says it’s his favorite performance of the night and she says she’s going to pee her pants. Pharrell says it’s amazing to be back. Gwen says she knew she had it in her.

Team Gwen’s Jefferey Austin is up next and he’s doing Say You Love Me by Jessie Ware. Gwen says it has a Sam Smith vibe. He slays the song and Gwen has to cover her face because she’s freaking out so much. Adam says it was great and says he could win this whole thing. He says he’ll continue to soar. Pharrell says it’s the best performance of the night and says Gwen was right to tell him to get more emotional. He says this is Jefferey’s night. Gwen says he’s just delicious and says what was that. She says he was like an artist not a contestant and says it was beautiful.

The next artist is from Team Gwen and is Braiden Sunshine doing Bread’s Everything I Own. Gwen says she likes him doing a classic. Adam says his wife is obsessed with him a little too much for his comfort. He says Braiden is spectacular but says the song didn’t do enough for him. Blake says Braiden has been one of his favorites the whole time and says he always stepped it up and says he’s always really good and looks different every time. Gwen says she feels protective of him and says his voice is tender and beautiful and loved that he got wild at the end and says he looks so cute.

Team Adam’s stolen artist Amy Vachal is up next. He has her doing the Sinatra standard The Way You Look Tonight. It’s a meh song but she sings it well. Blake says she needs to do a Christmas album and says she has a perfect voice for crooner music. Pharrell says congratulations and it was effortless and says it was beautiful and loved the runs. He says he’s sad he lost her but says she could win. Adam says thanks then says that was not The Voice that was watching an artist perform. He says that’s what it needed to be for her and she did the best possible job.

Carson says on Wednesday’s results show, teams will be cut in half. Team Gwen’s Viktor Kiraly is up next. He’s doing All Around the World by Lisa Stansfield – what a great 90s song. Viktor does great with it – he’s grooving and his voice is so smooth. Adam says Viktor has arrived and says he missed him on his team. Blake says Team Gwen overall is whipping the crap out of Team Adam. He tells Viktor great job and he loves seeing Gwen kick the crap out of Adam. Gwen says that performance was crazy and says he had the moves and it was all so good and she’s so happy.

Team Adam’s comeback is next. He says he had a hard time figuring out who to bring back but says this is a wonderful young kid and he brought back Chance Pena. Tonight chance is singing The Civil Wars’ Barton Hollow. The lyrics are hard to understand but it had musicality for sure. Blake says he’s glad he came back and says he gives 150% of himself into his performance and says good job. Adam says he was the only chair that turned for him and then Blake got him and he got him back with the save. He says Chance has been through so much whether he’s on the show or not (that sounds dire not encouraging).

The last artist of the night is Team Adam’s Jordan Smith who is doing Beyonce’s Halo. As usual, he’s amazing and his voice just takes over the stage and the room. Flawless! The crowd and judges are all on their feet. All four judges are up. Pharrell says God has signed his voice. Gwen says all she can think of is God when he sings and thanks him for singing to them. Adam says he can’t even talk about his voice and says everyone started cheering before he sang a note and says he’s a person everyone gets energy from and is unlike anything he’s seen. Tomorrow night is Team Blake and Team Pharrell. That’s it for tonight. Voting is now open!