The Walking Dead Season 5 Spoilers: Who Does Carol Kill In The Finale Episode – Does Carol Die? 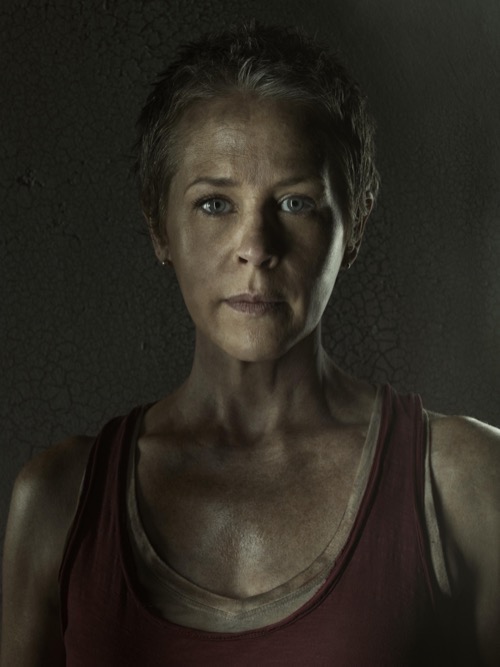 The Walking Dead Season 5 spoilers look at Carol and her evolution down the path to wild and crazy! Will Carol die in the Season 5 finale and who will she kill? One of the best parts of The Walking Dead this Season 5 has been watching the inevitable mental breakdown of some of the characters. From Rick losing it and nearly killing Pete to get his woman, to Sasha breaking down and becoming a serial killer (of zombies, anyway)….mental stability has not been a strong suit during Season Five. None of these meltdowns quite compare to our girl Carol and her nutty self.

Carol is on the verge of becoming a very serious psychopath. She has already crossed the line to the point that she will threaten to kill little kids. Poor Sam never knew what hit him. In a true Hansel and Gretel moment, Carol basically threatened to feed him to the zombies if he spoke about the guns.

How can she get even nuttier though? Why not take it to a whole other level? Here are some tips for the show’s writers to consider:

Carol could simply bake some of her famous cookies with a special ingredient to off the entire neighborhood. She seems right on the verge of wanting them all dead already, so why not go ahead and have her do the deed?

Have Carol shave her head entirely. I think that would actually be an improvement on the hair she is rocking right now. It seems as though a shaved look would give her an even tougher look and bring home the point that she is not the same old Carol of old. (As though we did not already know that)

Put Carol in charge of all the weapons. There is something about guns and Carol that seem to go together quite well this year and hopefully she will get to explore that side of herself. Weapons look good on Carol and she can certainly be trusted to keep them in the hands that need them.

Carol is already on the verge of losing it and The Walking Dead Season 5 Finale is sure to highlight that. We have already seen on the sneak peek that she has a run at Pete so that should help to hammer the point home too. What ways would you have the writers make Carol even wilder than she already is? We certainly don’t expect Carol to die in the final episode – but she could certainly kill! Come back to CDL for more The Walking Dead season 5 spoilers and updates.