The Walking Dead Season 5 Spoilers: Will Rick Find Love Again, and With Whom? 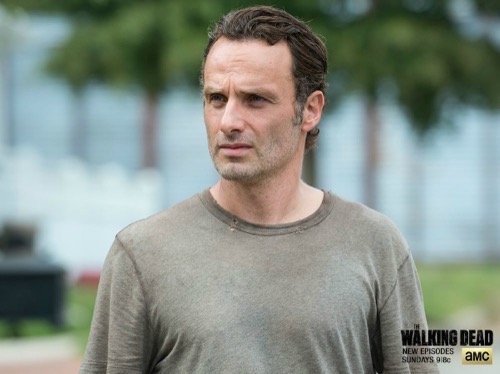 “The Walking Dead” season 5 spoilers talk about Rick and his future on a favorite zombie show. We’ve already seen the hints that Rick Grimes has developed an interested in a new lady on “The Walking Dead.” Some subtle looks and quick conversations between Rick and Jessie Anderson have shown us enough that there is interest on both parts.

There is only one problem: Jessie has a husband. We discovered last week, though, that it looks as though Jessie’s husband, Pete, is abusing his family and well, that just doesn’t sit very well with Carol. Carol’s solution is to kill Pete, but it’s likely that Rick will probably confront him and we all know how that is probably going to go.

In the comics, Jessie ends up kicking Pete out, opening the door to a relationship with Rick. It is likely that the television series will follow this scenario to some degree.

Would Rick Engage in Adultery?

Rick has made it obvious that he is interested in Jessie — that kiss on the cheek at Deanna’s party certainly announced his interest. The red “A” stamped on the hands seem to brand them with some serious foreshadowing, but would Rick engage in adultery?

The pre-apocalypse Rick had morals and was diligent about sticking to them. He even seemed to understand and not be angry that his wife Lori engaged in an affair with his best friend Shane when Rick was believed to be dead. Although, having been on the other end of an adulterous affair, you would think Rick would not want to go down that road.

This post-apocalyptic Rick, however, seems to survive on fewer morals and the agenda of living each day fully. This makes one think that yes, indeed, he will not shy away from engaging in a relationship with Jessie whether she is still with her husband or not.

We want to see Rick find some happiness in the midst of this world gone mad and finding a woman he can love and who can help him care for Judith seems like a winning situation. Unfortunately, though, in this zombie world, caring about people means hurting even more than the inevitable happens. Because this is “The Walking Dead” and we know that the writers like to tear our hearts out. So Rick may find a bit of love and happiness for a time, but we know it won’t last. Either way, all we can do is wait and see. Come back to CDL for more The Walking Dead season 5 spoilers, updates and news.