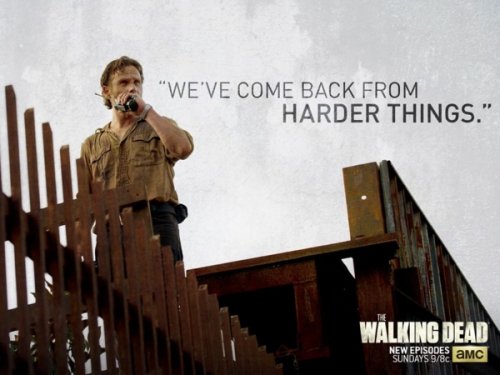 The Walking Dead season 6 won’t return for nearly two months, but we have spoilers and details of what happens next! After speculation began brewing in season 5 of TWD, the show has finally revealed that The Saviors and Negan will arrive in February.

Season 6, episode 8 of The Walking Dead left some fans underwhelmed. Characters made decisions they normally wouldn’t and the cliffhanger seemed abrupt. But there may be a reason for that shortened cliffhanger.

Season 6, episode 9 titled ‘No Way Out’ will return on February 14 and pick up right where the mid-season TWD finale left off. The death of Jessie and her family will come, but not until the AMC show returns after the holidays.

Another teaser released by AMC finally confirms Negan and The Saviors. The show has been hinting at the highly anticipated villain since season 5, but the two-minute sneak prologue shown on Talking Dead was crystal clear (see video below).

As Daryl, Sasha, and Abraham make their way down the road, they come across a group of bikers blocking their way. Clearly, they are The Saviors. After demanding the trio exit the truck, the spokesperson of The Saviors demands everything they have.

The motorcycle riding Saviors tell them to hand it all over – everything from their weapons to the stash of emergency napkins in the center console of the truck. Why? As the spokesman for the bikers states – it all belongs to Negan.

News of Negan’s casting was released a few weeks ago despite AMC’s thinly veiled attempt of covering the request by calling the character Orion. Jeffrey Dean Morgan scored the role of Rick’s new nemesis. 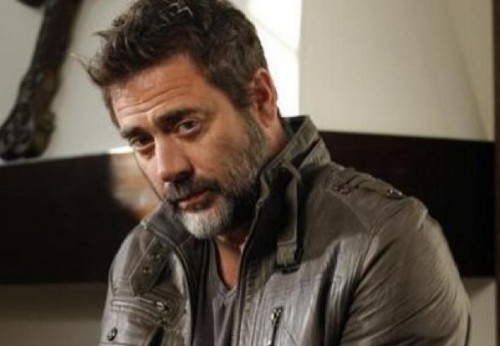 Sci-Fi/fantasy fans will know Jeffrey Dean Morgan from Supernatural as Dean and Sam’s father or as The Comedian from Watchmen. And the ladies loved JDM in his role on Grey’s Anatomy as Denny Duquette.

Morgan was spotted on TWD set wielding a barbwire wrapped bat that The Walking Dead graphic novel fans will recognize as “Lucille.” The scene being filmed involved Morgan’s character Negan swinging the bat repeatedly at a dummy.

This scene hinted that Negan’s appearance in the season 6 finale of TWD will bring the death of a major character. In the graphic novels, Glenn is killed by Negan, but the show is known for adjusting the plot.

Which major character do you think Negan will kill off in the season 6 finale of ‘The Walking Dead’? Will The Saviors arrival in February mean Rick and his group will have the war with Negan sooner than we thought?

Let us know your thoughts in the comment section below and stay tuned to CDL for more “The Walking Dead” spoilers and news.