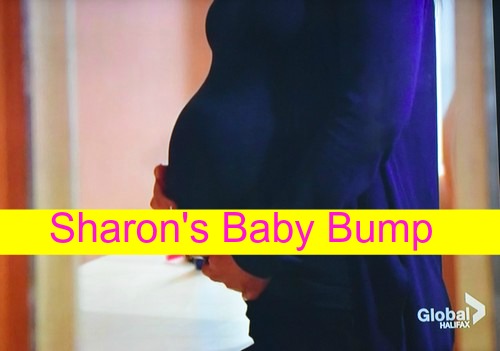 “The Young and the Restless” spoilers for Wednesday, October 21, tease that Adam’s (Justin Hartley) trial will come with plenty of emotional moments. Christine (Laralee Bell) will give her opening statement and Michael (Christian LeBlanc) will follow with his own.

Michael will insist that Adam didn’t intentionally kill Delia (Sophie Pollono) and he wasn’t aware of what he’d done until much later. Chelsea (Melissa Claire Egan) will take the stand and answer some of Christine’s questions. Chelsea will confirm that there was indeed a taped confession.

When it’s Michael’s turn, he’ll get Chelsea to open up about how much she cares about Adam. Chelsea will run down the list of Adam’s positive attributes and all the good things he’s done. After a short recess, court will be back in session and Adam will testify.

Adam will insist that it was dark on that winding road and he didn’t see Delia. However, Adam will indicate that he’s devastated by what happened and he wishes he would’ve responded differently later on. As Chelsea and Billy (Burgess Jenkins) stare at him, Adam will issue a heartfelt apology. 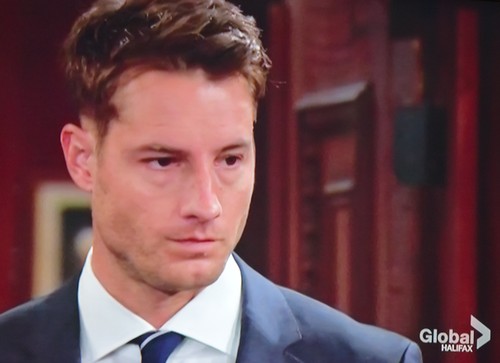 Meanwhile, Cane (Daniel Goddard) will chat with Colin (Tristan Rogers) about the strife with Lily (Christel Khalil). Colin will believe they can get through this if they’ll just learn to communicate. Cane will take Colin’s advice and soon all will be forgiven. Lily and Cane will put their fight behind them. Instead, they’ll decide they need to focus on figuring out who framed Cane.

Other “Young and the Restless” spoilers say Sharon (Sharon Case) will be pumped full of more drugs. At Fairview, Dr. Anderson (Elizabeth Bogush) will tell Sharon she’s starting to show. It seems Sharon is so out of it that she’ll believe whatever Dr. Anderson tells her.

When Patty (Stacy Haiduk) approaches her, Sharon will be hallucinating. As Sharon looks at herself in the mirror, she’ll imagine that she has a big baby bump. Sharon will suggest that she should get maternity clothes, but Patty won’t think she looks pregnant at all.

When Patty starts trying to warn Sharon about Dr. Anderson’s shady actions, Sharon will brush off her ideas. Patty will try to grab Sharon to get her attention, but Sharon will throw her into the wall. Patty will get knocked out from the blow.

Meanwhile, Dr. Anderson will head to Crimson Lights to see Dylan (Steve Burton). Dylan will still be confused about why Sharon is refusing visitors. Dr. Anderson will show Dylan the forms Sharon signed and insist that it’s just going to take some time for Sharon to get better.

Dr. Anderson will step out on the patio and call up the hospital. When the evil doc hears Sage (Kelly Sullivan) has been released, she’ll ask for updates on the baby’s condition. Y&R rumors hint that Dr. Anderson’s plans could mean bad news for Nick (Joshua Morrow) and Sage. Stick with CBS soap to see what curveball will be thrown their way.