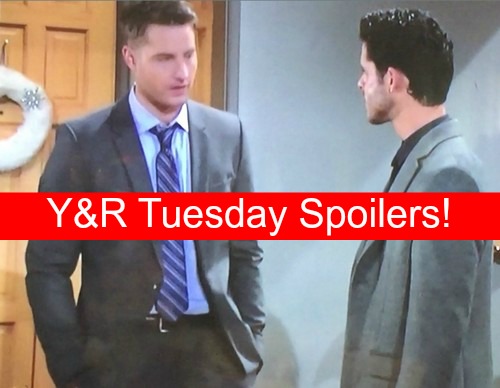 “The Young and the Restless” (Y&R) spoilers for Tuesday, December 29, reveal that Jack (Peter Bergman) and Phyllis (Gina Tognoni) will be at odds once again. These two have been bickering a lot lately. It seems Jack and Phyllis are always in disagreement about each other’s actions.

They usually find a way to make up, but the conflict could start to take a toll on their relationship.

Phyllis will feel disheartened by everything they’ve gone through. Tuesday’s Y&R preview video shows Phyllis opening up to Victoria (Amelia Heinle) about their struggles. Phyllis will say the man she married isn’t the same wasn’t the man she thought he was.

“The Young and the Restless” spoilers indicate that Jack and Phyllis will have another confrontation later this week. It sounds like their marriage could use some work. Let’s hope they can stick together through whatever lies ahead.

Meanwhile, Mariah (Camryn Grimes) will give Marisa (Sofia Pernas) some advice. Marisa has been caught between Noah (Robert Adamson) and Luca (Miles Gaston Villanueva), but Mariah will point out that she can’t have them both.

Marisa will reply that Mariah is right. It’s time to set things straight with Noah. It appears we’re in for much more drama in this love triangle.

Elsewhere, Adam (Justin Hartley) will extend a risky offer to Luca. Adam will suggest that they should work together. They could put themselves at the top of the food chain. There are many ways this deal could go horribly wrong. Adam will probably end up paying the price for his actions. But is Adam really betraying The Moustache or is this a trick to undermine Luca and the Santoris?

If Adam gets too gutsy and tries to double-cross his father, Adam’s secret could be out in a flash. If Adam sticks to the plan and follows Victor’s (Eric Braeden) orders, he could incite the Santoris’ wrath. The whole family is bad news.

It looks like Adam will manage to get himself in trouble no matter what he does. Life is never easy for anyone tied to Victor Newman. Stay tuned to the CBS soap for updates on how all of this will affect Adam’s future.