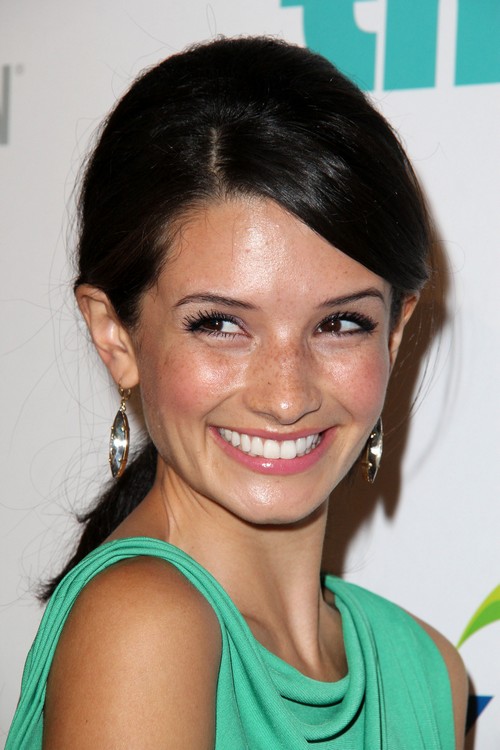 The Young and the Restless spoilers are reporting yet another cast member joining CBS #1 Daytime Soap Opera. Alice Greczyn has been cast as Emma and the character is set to air starting a September 6 2015. The newest Y&R rumors whirling about Emma is that she is employed at Genoa City’s Memorial Hospital, but has a very good reason for making GC her new home. In fact, we are also learning that Emma has a connection to one of the town’s most powerful people and yet he has no idea she even exists.

According to more shocking The Young and the Restless news reports, Emma is searching for her long lost father, Victor Newman [Eric Braeden]! Yes, it seems to be true that Victor has another child he knows nothing about. Apparently, her mother is Romona Caceres, a lady The Moustache had an affair with almost twenty years ago. Victor was in a car accident and Romona took care of Victor while he was seriously injured.

Romona Caceres never contacted Victor about the child, but their daughter Emma was given the lowdown on her wealthy father and where to find him. Of course, this newest revelation will cause a lot of emotional and strained relationships between many of the Newmans. Don’t forget that the Newman clan are going to be finding out soon enough that long lost brother Adam Newman [Justin Hartley] is alive and well – so all of a sudden the family seems to be getting crowded. Of course Victor loves family so he might wind up pleased with his new addition of Emma, lots more pleased than he will be whenhe finds out Gabe is Adam!

Many Y&R rumors are leaking that most of Emma’s new found siblings will distrust the newcomer. In fact, Abby [Melissa Ordway] will have the hardest time dealing with what will now be the youngest daughter of Victor Newman. Not only is she beautiful on the outside, but her inside is just as nice. With her working closely with Dr. Ben Rayburn at the hospital, the tension between these two sisters will only increase.

More spoilers indicate that big brother Adam Newman will come to Emma’s defense as she feels alienated from most of her family. Something Adam can definitely relate to – always feeling that he wasn’t truly considered a part of the family or treated equally. So, what are your thoughts on Victor’s history being rewritten once again? Bringing another Newman to the table is a risk, but this show loves to focus on the inter-relationships of this family and it’s multitude of members.