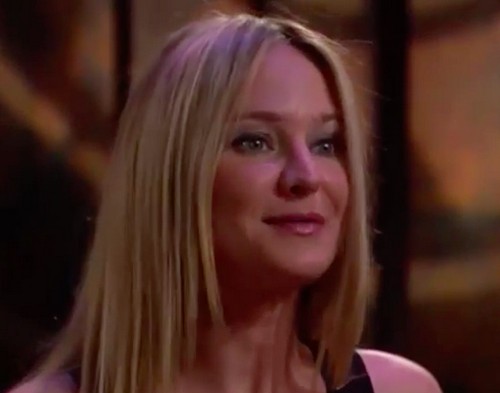 “The Young and the Restless” spoilers for Tuesday, June 23, tease that Phyllis (Gina Tognoni) will show up at Avery’s (Jessica Collins) place to chat. Avery will have an extra lock on her door to help her feel more secure. Phyllis will listen to Avery discuss how she didn’t really know Joe (Scott Elrod) at all. Talk will turn to all the secrets that fake Jack (Peter Bergman) has been keeping. Phyllis will be concerned about the fact that fake Jack has been carrying a gun and he just isn’t acting like the man she used to know.

When Abby (Melissa Ordway) shows up with a bodyguard at the lab, Ashley (Eileen Davidson) will wonder what’s up. Victor (Eric Braeden) will imply that it’s none of Ashley’s business, but she’ll ask if he thinks the Abbotts are coming after the Newmans. Victor will seem to think it’s a possibility, but he’ll say that he has a handle on things. Phyllis will arrive and accuse Victor of giving fake Jack pills to mess with his mind. Phyllis will make it clear that she believes Victor poses a serious threat to fake Jack’s life.

Joe will once again turn on the charm with Lily (Christel Khalil). Cane (Daniel Goddard) will interrupt to say he’s sorry for kissing Lauren (Tracey E. Bregman) and he’ll offer a bouquet of lilies. Lily will hint that she won’t forgive him that easily. When Cane leaves, Lily will turn her attention to her laptop and call her husband a liar. Lily will present Michael (Christian LeBlanc) with some updates from her computer. The time stamp will prove that Lauren paid a late-night visit to Cane’s room.

Lauren will approach Michael and he’ll confront her about having an affair. Lauren will lash out at Michael for the way he’s changed. Michael just isn’t the same man Lauren married. Lauren will sign the divorce papers and indicate that she hopes Michael will live with regret over pushing her away. Lily will also tell Cane what she’s learned and he’ll be infuriated that she’s keeping tabs on him. Later, Joe will stop by Lily’s room at the athletic club. After some passionate kisses, they’ll end up making love. Meanwhile, Lauren will urge Cane to try to save his marriage.

Other “Young and the Restless” spoilers reveal that Sharon (Sharon Case) will have some kind words for Nick (Joshua Morrow) at The Underground. Nick will be happy that Sharon is OK with him having a baby with Sage (Kelly Sullivan). Sharon will say she’s starting a family of her own now. Nick will look surprised and ask if Sharon is pregnant. Sharon will reply that she means Dylan (Steve Burton) has moved in with her. Dylan will join them at the table before getting a phone call from Avery. When something seems to be wrong, Sharon will urge Dylan to help. Once Dylan exits, Nick will question Sharon about the possibility that she’s pregnant. Sharon will say that she doesn’t know how Dylan would feel about it, but Nick will believe that Dylan would be on board with the idea. Sharon will glance down her purse and a pregnancy test will be inside.

Dylan will go to Avery’s place and everything will seem fine. Avery will be grateful that Dylan could come and check everything for her. Dylan will hint that he can’t be on call. Phyllis can help Avery if she needs someone to talk to and the police are there for emergencies. After Dylan leaves, Avery will hear someone inside her apartment and call the cops. Dylan will go home to Sharon and she’ll tell him they’re having a baby. Sharon will nervously explain that she knows Dylan might not be ready for this, but he’ll tell her it’s the greatest news. Y&R rumors say that baby drama is brewing. Stick with the CBS soap to see if Sharon’s pregnancy will lead to big trouble.