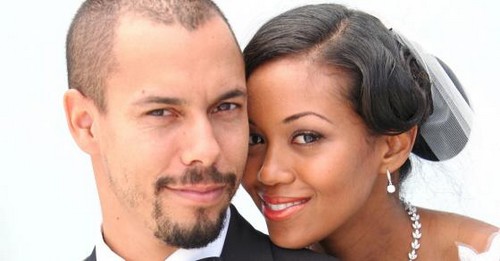 Here are some “The Young and the Restless” spoilers for the week of August 24 on Y&R revolving around Hilary Winters (Mishael Morgan) vanishing on her honeymoon. Devon (Bryton James) is devastated at the thought that his new bride is nowhere to be found. Adding to Devon’s stress, the island police are convinced he hurt his wife and want to charge him with foul play.

Devon tried to tell the local law enforcement that he was in his bridal suite at the time of her disappearance so he couldn’t have had anything to do with her disappearance. He explained they had gone on a helicopter ride, and the high altitude gave him a headache so he stayed behind to recuperate. Law enforcement didn’t understand why Devon would allow his wife to go on a dangerous hike alone on their honeymoon.

Devon becomes frustrated because the cops are drilling him for answers – that he doesn’t have – instead spending timelooking for Hilary. Devon told the cop that if he knew what they had to overcome to be together, he would never imagine that he could hurt her. The policeman did not look convinced at all.

Two eyewitnesses come forward who said they saw Hilary arguing with a man and he shoved her off the cliff. Devon was horrified hearing that Hilary could be hurt, or worse. The cop believes that the eyewitness account of what happened to her proves that Devon tried to kill his young bride. Devon and Neil look very different and have a big age difference, so you’d think the police should clarify what the suspect looks like. Instead, the police are sure Devon is guilty of foul play, possibly murder.

Devon calls Lily (Christel Khalil) to help him find Hilary and fight the legal battle he is facing. She brings Michael (Christian LeBlanc) with her to act as his lawyer. Nikki, fearing the worst, will warn Lily that her father is not well and may be acting out a revenge plan against Devon and Hilary, according to Y&R spoilers.

Neil (Kristoff St. John) waited until his son and his ex-wife married to seek revenge because he wanted them to feel what it was like to be blindsided. He wanted Devon to feel the pain of losing a loved one. He wanted Devon to know what it is like to love and lose. Will anyone suspect that Neil could have hurt or kidnapped Hilary? Did Hilary fall off the cliff to her death or is Neil holding her hostage? Come back to CDL for more The Young and the Restless spoilers and updates to learn how this desperate move on Neil’s part is resolved.