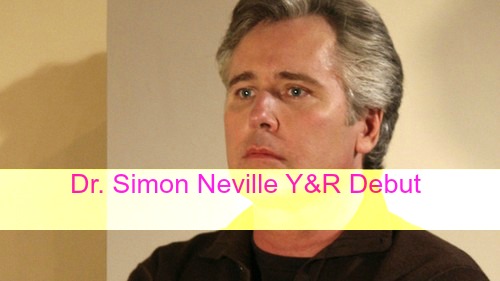 “The Young and the Restless” spoilers tease that Neil (Kristoff St. John) will continue to dig a deeper hole for himself. Neil wanted to get revenge on Devon (Bryton James) and Hilary (Mishael Morgan) for all the pain they caused him. Now Neil just wants out of this huge mess. Unfortunately, that’s not going to be an easy task.

Neil’s been keeping Hilary stashed away at that lake house and he even managed to get Gwen (Nadine Nicole) tangled up in all this. The doctor on the island told Neil that Hilary would be OK and she did regain consciousness briefly when Neil wasn’t around. However, the fact that Hilary still isn’t fully awake could mean Neil is denying her the treatment she needs.

Whatever they’re scrounging up from the supply closet is keeping Hilary alive, but she doesn’t seem to be improving. With that in mind, “The Young and the Restless” spoilers say Neil will soon call a neurologist to help them out.

In an interview with TV Insider, Michael E. Knight opened up about his new character, Dr. Simon Neville. Dr. Neville will make his debut on October 15 and Knight describes him as “very cool, kind of eccentric and a rule breaker.” This shady doctor should fit right in with irrational Neil and his crazy girlfriend. It appears this team believes rules were made to be broken.

Neil knows the only way out of this fiasco is to get Hilary to wake up and tell everyone what happened. Of course, there are no guarantees that scenario will play out like Neil hopes it will. Neil is banking a lot on Hilary’s honesty, but she might not take the truthful route. Neil keeps talking about how he rescued

Hilary after she tumbled down that mountain, but he’s conveniently leaving out the part where he practically sent her over the edge. Hilary would’ve been fine if Neil hadn’t shown up to wave around the faked cell phone video like a mad man. Thanks to Neil, Hilary stormed off and lost her footing. Neil may have saved Hilary’s life, but he was nearly responsible for her death as well.

We also have to remember Devon’s emotional distress. Neil has forced Devon to suffer so much over the last few weeks just to save his own skin. In the end, Neil’s rocky relationship with his son might be what gets him off the hook. Perhaps Hilary won’t want to cause Devon any more pain than he’s been through already.

Devon and Neil have been trying to rebuild their bond and Hilary has been mindful of that in the past. Hilary may choose to keep quiet about Neil’s involvement and play dumb about her kidnapper. After all, Neil has definitely shown some remorse for his actions. Hilary might be able to hear Neil’s tearful speeches and that could lead her to give him a pass.

Considering the lackluster payoff we got from the Marco (Peter Bergman) storyline, this whole kidnapping plot may fizzle, too. Nevertheless, Y&R rumors hint that we’ll get a couple extra twists and turns before Neil’s debacle reaches a conclusion. Stick with “The Young and the Restless” for updates on where this risky situation is headed.

So Y&R fans, what do you think about the news that Neil will call a neurologist to help Hilary? When will Hilary finally wake up for good? How will Hilary react to everything Neil has done? Will Hilary squeal on her ex or stay tight-lipped? Let us know what you think in the comments below and don’t forget to check CDL often for the latest “Young and the Restless” spoilers, rumors, updates and news.